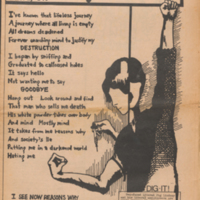 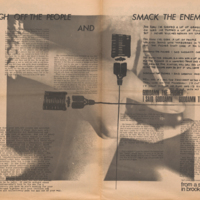 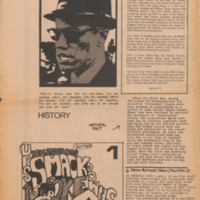 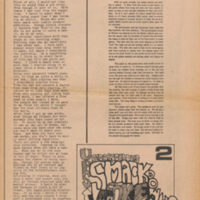 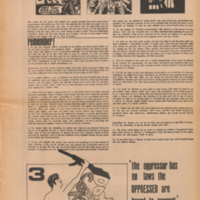 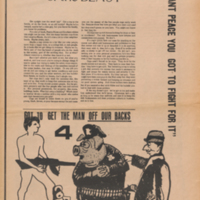 off our backs (OOB) was a radical feminist newspaper published from 1970 through 2008, when it disbanded due to financial trouble. Some consider OOB the longest-running feminist periodical in the U.S. The newspaper, founded in 1969, was run on a consensus decision-making model by a collective of women, originally including, Marilyn Salzman Webb, Heidi Steffens, Marlene Wicks, Colette Reid, and Norma Lesser. According to Wicks OOB “really started because Marilyn Salzman-Webb was writing for the Guardian in New York, and every time she would send articles having to do with women, they would be totally screwed up and edited to the point that they wouldn’t make any sense at all. So after a meeting at the Women’s Liberation Center on Mintwood Place, we were rapping about what we could do about that, and I don’t know who said it first, ‘Why don’t we start our own?’ but the response was ‘Yes, let’s do that.’” In the first issue of the paper, editors explained that the name “reflects our understanding of the dual nature of the women’s movement. Women need to be free of men’s domination to find their real identities, redefine their lives, and fight for the creation of a society in which they can lead decent lives as human beings. At the same time, women must become aware that there would be no oppressor without the oppressed, that we carry the responsibility for withdrawing the consent to be oppressed. We must strive to get off our backs, and with the help of our sisters to oppose and destroy that system which fortifies the supremacy of men while exploiting the mass for the profit of the few.” OOB strove to cover the fullness of women’s experience across the country. In this issue, articles explore New York Governor John Lindsay and police repression in New York City; drug use and drug pushers; Malcolm X; heroin; “Fascist Funnies”; “pigs.”