I Am Furious (Female) 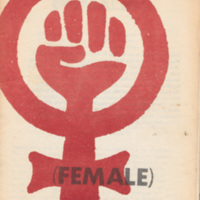 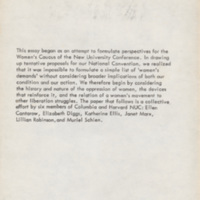 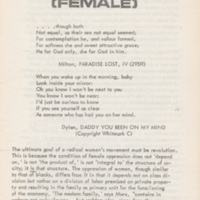 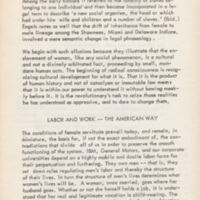 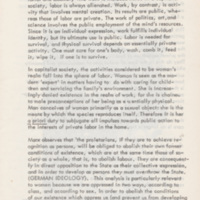 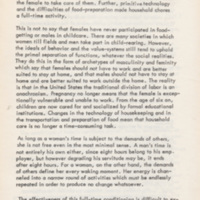 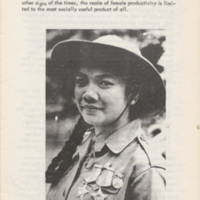 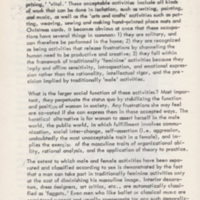 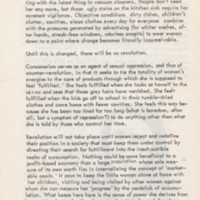 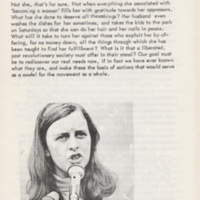 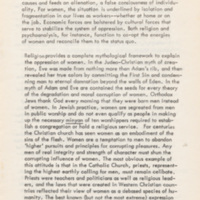 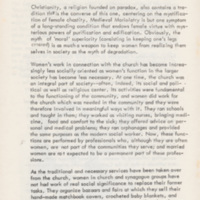 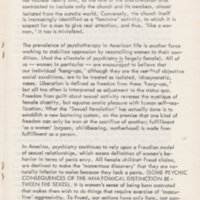 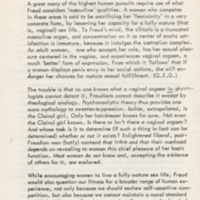 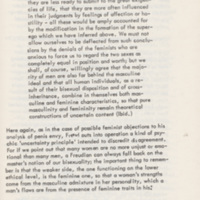 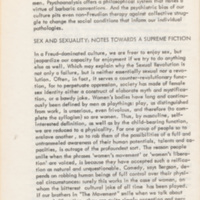 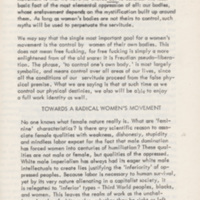 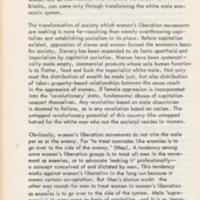 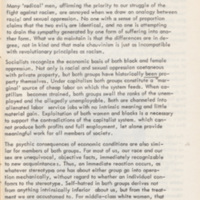 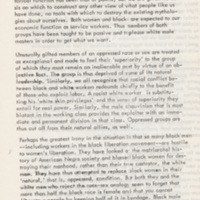 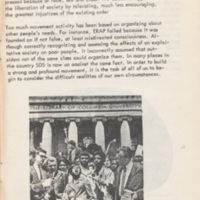 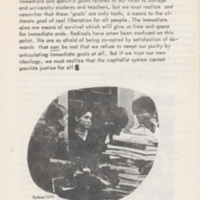 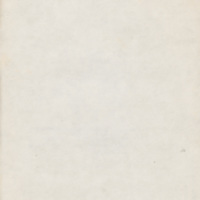 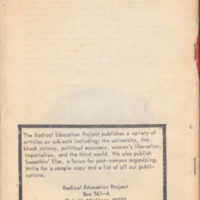 I Am Furious (Female)

This collectively written essay offers a radical analysis of women's liberation in an effort to "formulate perspectives for the Women's Caucus of the New University Conference." The New University Conference was formed in March of 1968, "as the first politically left organization on American campuses with the explicit membership policy of including faculty and graduate students." By 1971, the organization had more than 2,000 dues paying members on roughly 60 campuses, but went into sharp decline in 1972, disbanding shortly thereafter. The Women's Caucus of the NUC was a particularly influential segment of the group and helped promote campus-based daycare centers and other feminist reforms. The essay begins with a quote from Engel's, "The Origin of the Family, Private Property, and the State": "The ultimate goal of a radical women’s movement must be revolution. This is because the condition of female oppression does not ‘depend on,’ is not ‘the product of,’ is not ‘integral to’ the structure of society; it is that structure. The oppression of women, though similar to that of blacks, differs from it in that it depends not on class divisions but rather on a division of labor premised on private property and resulting in the family as primary unit for the functioning of the economy. ‘The modern family,’ says Marx, ‘contains in embryo not only slavery… but serfdom also, since from the very beginning it is connected with agricultural serves. It contains within itself in miniature all the antagonisms which later develop on a wide scale within society and its state.” The essay goes on to explore women’s liberation and its links to consumerism, religion, psychiatry, economics, family, gender, race, the New Left and more.