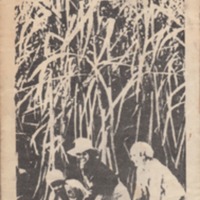 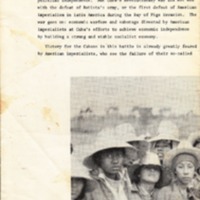 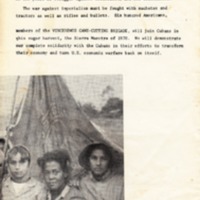 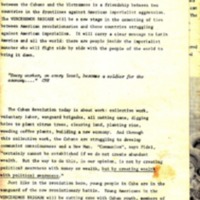 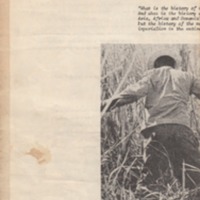 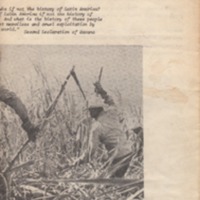 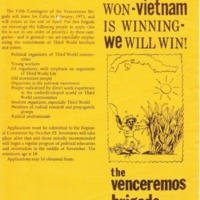 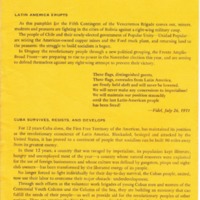 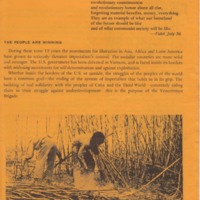 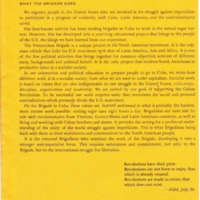 This pamphlet briefly chronicles the history of the Cuban Revolution and diplomatic relations with the United States during the 1960s. Specifically, this pamphlet details the 10 Million Ton sugar harvest in Cuba with approximately six hundred Americans joining Cubans in an attempt to resist American imperialism in the nation and abroad and Cold War policies of the 1960s and 1970s. Creating a bond based on collective work, the Venceremos Bridge, comprised of U.S. revolutionaries and students, functioned as a way to combat U.S. economic constraints in Cuba.