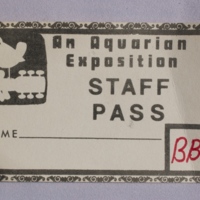 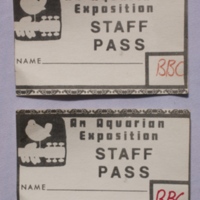 These passes were Roz Payne's. Roz was good friends with many of the organizers of the Woodstock music festival.