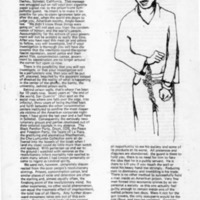 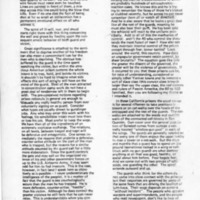 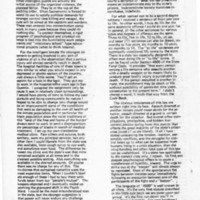 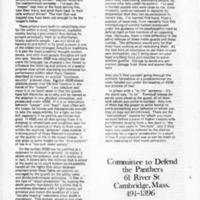 George Jackson was imprisoned for armed robbery in 1961 and placed in San Quentin Prison before being transferred to Soledad Prison. While incarcerated, Jackson became radicalized and formed a Maoist-Marxist group, the Black Guerrilla Family. He was also a member of the Black Panther Party. In 1970, he and two other inmates were charged with the murder of prison guard, John Vincent Mills, following a fight. They became known as the Soledad Brothers and were seen by many radicals as political prisoners. Jackson was also an author and published the influential, "Soledad Brother: The Prison Letters of George L. Jackson." Jackson was killed by guards at San Quentin during an escape attempt in 1971. Many activists believed he was murdered as retaliation for his activism.

In this letter, George Jackson details conditions inside Soledad Prison, as well as the connection of prisoner's to the wider revolution for justice.

Committee to Defend the Panthers