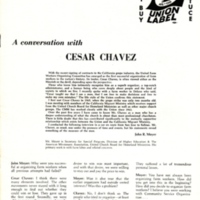 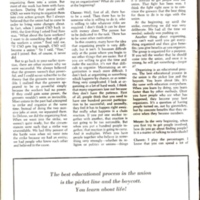 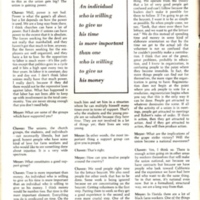 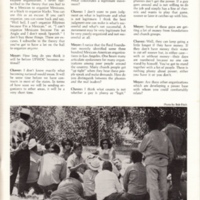 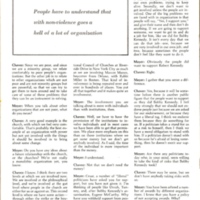 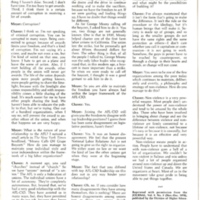 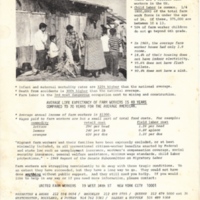 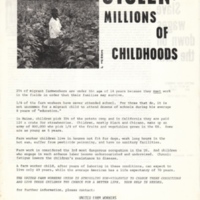 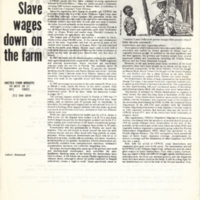 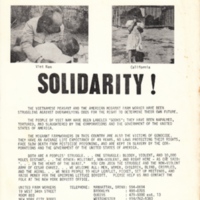 The United Farm Workers of America was founded in 1962 following the merger between Agricultural Workers Organizing Committee and Cesar Chavez’s National Farm Workers Association. The new union was led by Chavez and Delores Huerta. In general, the UFWA sought to raise awareness of migrant workers’ rights and utilized nonviolent strategies such as collective bargaining, strikes, and boycotts, to secure and protect farm-workers labor rights, work hours, wages and access to health care. During the late-1960s and mid-1970s, the UFWA initiated well-known boycotts against table grapes and lettuce to protest what they viewed as unfair labor contracts and unacceptable working conditions.

This document, created by the New York chapter of the UFW includes a interview with Cesar Chavez, data about seasonal farm workers, the impact of farm labor on children, poverty level wages for farm workers, and solidarity with the Vietnamese people.