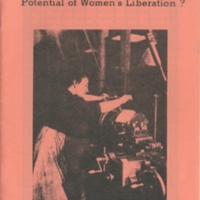 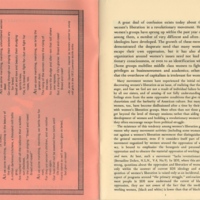 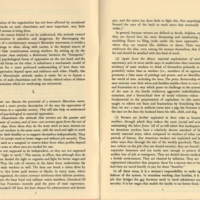 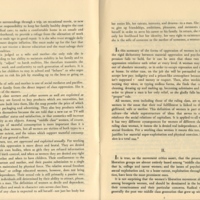 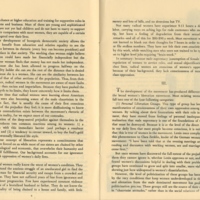 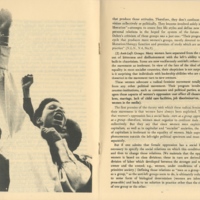 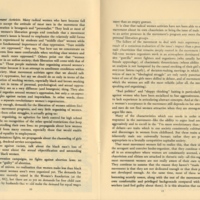 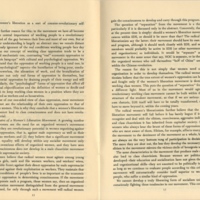 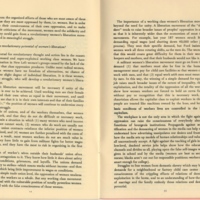 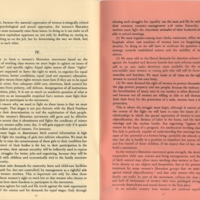 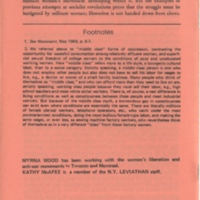 This essay, originally titled, "Bread and Roses," was first published in the June 1969 issue of Leviathan and reprinted here by the New England Free Press in 1970. The authors offer a critique of contemporary feminism and put forth a radical, liberationist form of socialist feminism. In their introduction, they write:

"A great deal of confusion exists today about the role of women's liberation in a revolutionary movement. Hundreds of women's groups have sprung up within the past year or two, but among them, a number of very different and often conflicting ideologies have developed. The growth of these movements has demonstrated the desperate need that many women feel to escape their own oppression, but it has also shown that organization around women's issues need not lead to revolutionary consciousness, or even to an identification with the left. (Some groups mobilize middle class women to fight for equal privileges as business women and academics; others maintain that the overthrow of capitalism is irrelevant for women.)

Many movement women have experienced the initial exhilaration of discovering women's liberation as an issue, of realizing that the frustration, anger, and fear we feel are not a result of individual failure but are shared by all our sisters, and of sensing -- if not fully understanding -- that these feelings stem from the same oppressive conditions that give rise to racism, chauvinism and the barbarity of American culture. But many movement women, too, have become disillusioned after a time by their experiences with women's liberation groups. More often than not these groups never get beyond the level of therapy sessions; rather than aiding the political development of women and building a revolutionary women's movement, they often encourage escape from political struggle.

The existence of this tendency among women's liberation groups is one reason why many movement activists (including some women) have come out against a women's liberation movement that distinguishes itself from the general movement, even if it considers itself part of the left. A movement organized by women around the oppression of women, they say, is bound to emphasize the bourgeois and personal aspects of oppression and to obscure the material oppression of working class women and men. At best, such a movement "lacks revolutionary potential" (Bernadine Dohrn, N.L.N., V.4, No.9). In SDS, where this attitude is very strong, questions about the oppression and liberation of women are raised only within the context of current SDS ideology and strategy; the question of women's liberation is raised only as an incidental, subordinate aspect of programs around "the primary struggle," anti-racism. (Although most people in SDS now understand the extent of black people's oppression, they are not aware of the fact that the median wage of working women, (black and white) is lower than that of black males.) The male domination of the organization has not been affected by occasional rhetorical attacks on male chauvinism and more important, very little organizing of women is being done.

Although the reason behind it can be understood, this attitude toward women's liberation is mistaken and dangerous. By discouraging the development of a revolutionary women's liberation movement, it avoids a serious challenge to what, along with racism, is the deepest source of division and false consciousness among workers. By setting up (in the name of Marxist class analysis) a dichotomy between the "bourgeois," personal and psychological forms of oppression on the one hand, and the "real" material forms on the other, it substitutes a mechanistic model of class relations for a more profound understanding of how these two aspects of oppression depend upon and reinforce each other. Finally, this anti-women's liberationist attitude makes it easier for us to bypass a confrontation of male chauvinism and the closely related values of elitism and authoritarianism which are weakening our movement. "