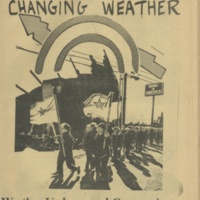 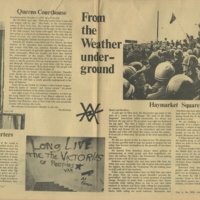 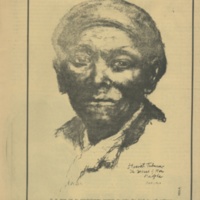 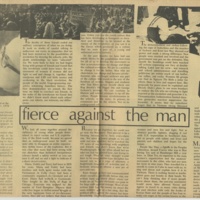 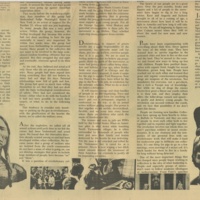 In December 6, 1970, in the wake of a New York townhouse explosion that killed three members of the Weather Underground, this communiqué was released and signed by Bernadine Dohrn as a response to that incident. The group’s previous communiqué, in September of 1970, came after the group helped psychedelic guru, Timothy Leary, escape from jail. Some viewed the group's help of a white countercultural figure, rather than an imprisoned black radical, as a betrayal of the group's commitment to Third World liberation. The December communique continues along those lines, by including countercultural rhetoric, praising the student movement and promoting marijuana and the use of psychedelics. The New York Panthers were critical of this communiqué's support of drug use, given their different experience as African Americans versus the middle-class white student movement. The December communiqué also attempted to offer a more human story of the Weather Undergrounds actions., explaining, “Kent and Augusta and Jackson brought to all of us a coming of age, a seriousness about how hard it will be to fight in Amerika and how long it will take us to win.” It also suggests a stronger role for women within the group, a critique of its past actions and ideology, as well as an outline of philosophical changes taking place within the organization.  This communiqué was also the first time the group signed a communique as the “Weather Underground,” instead of “Weatherman.”