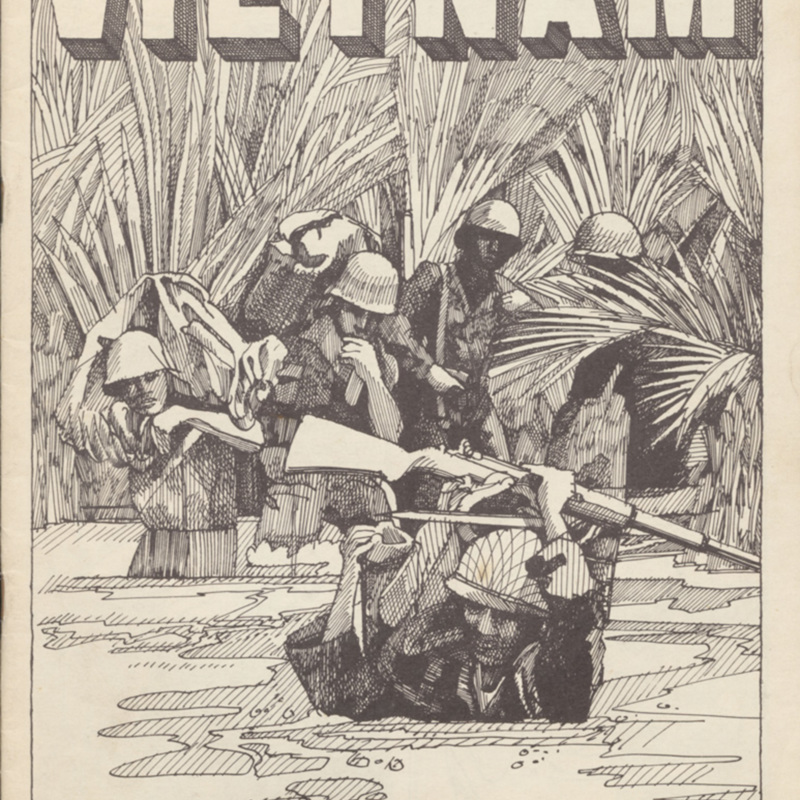 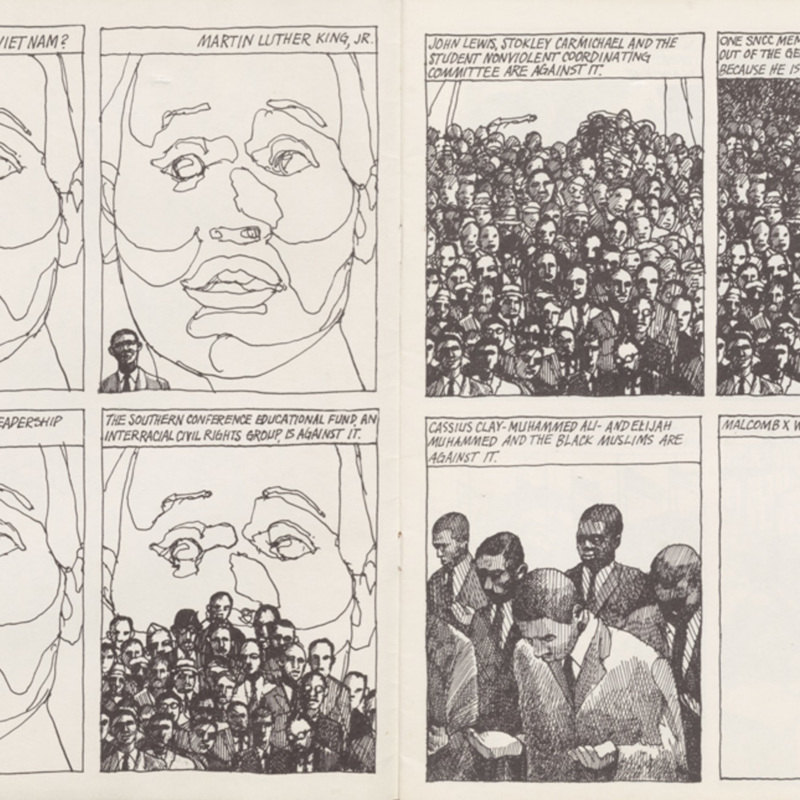 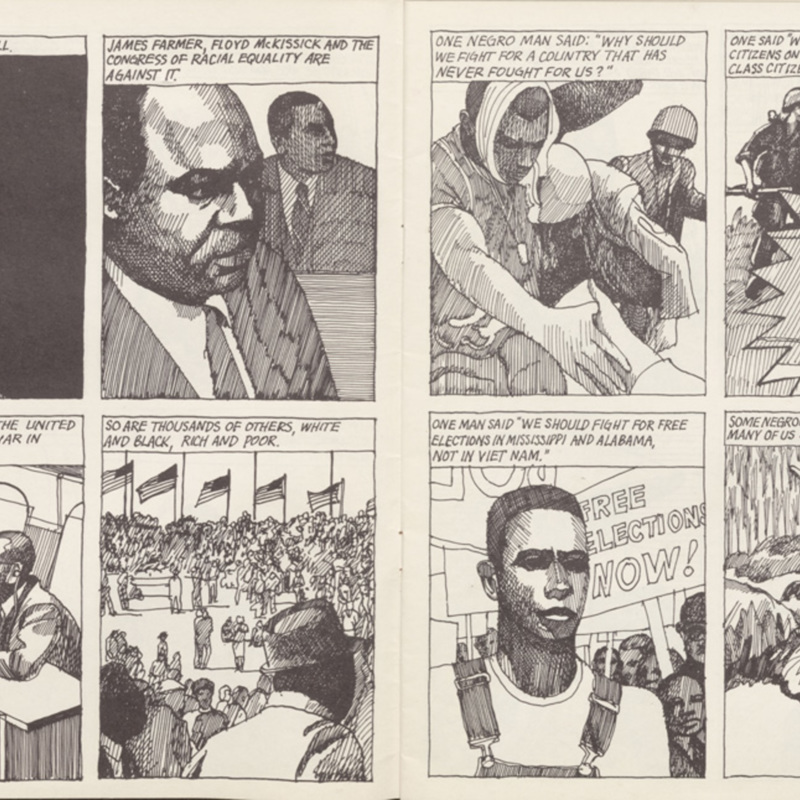 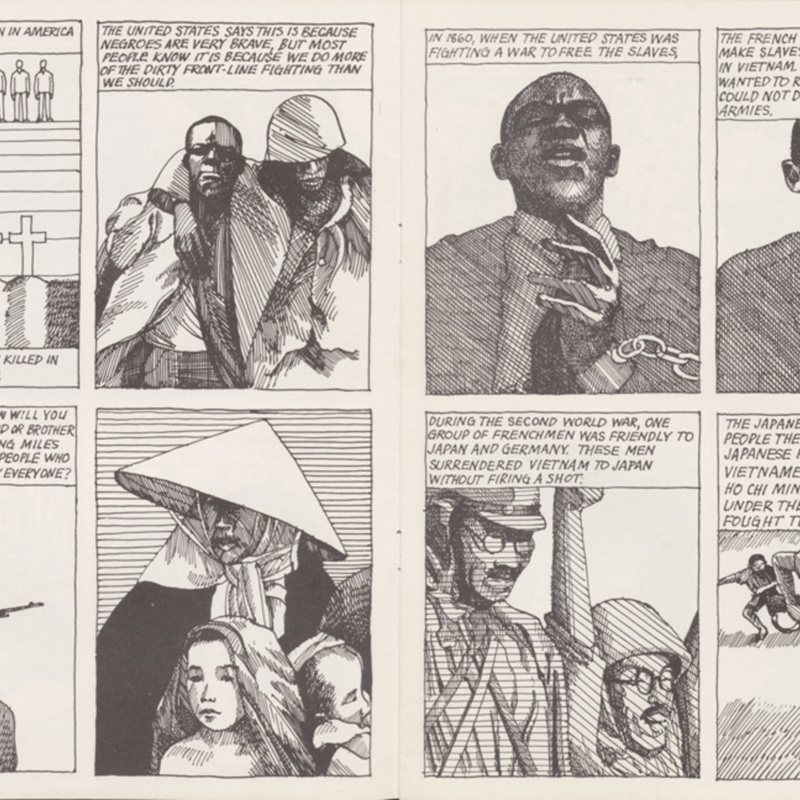 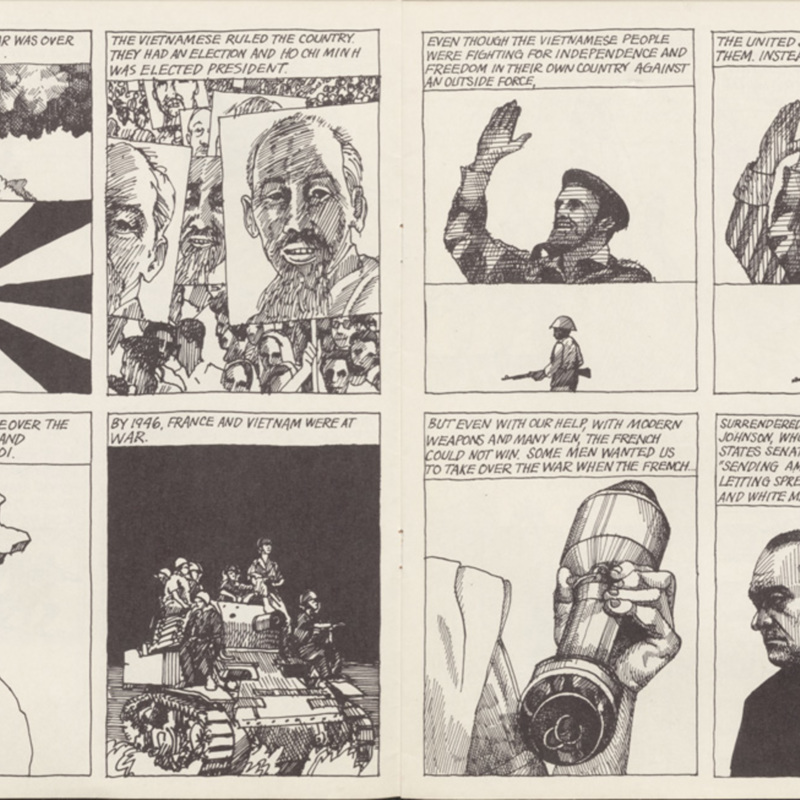 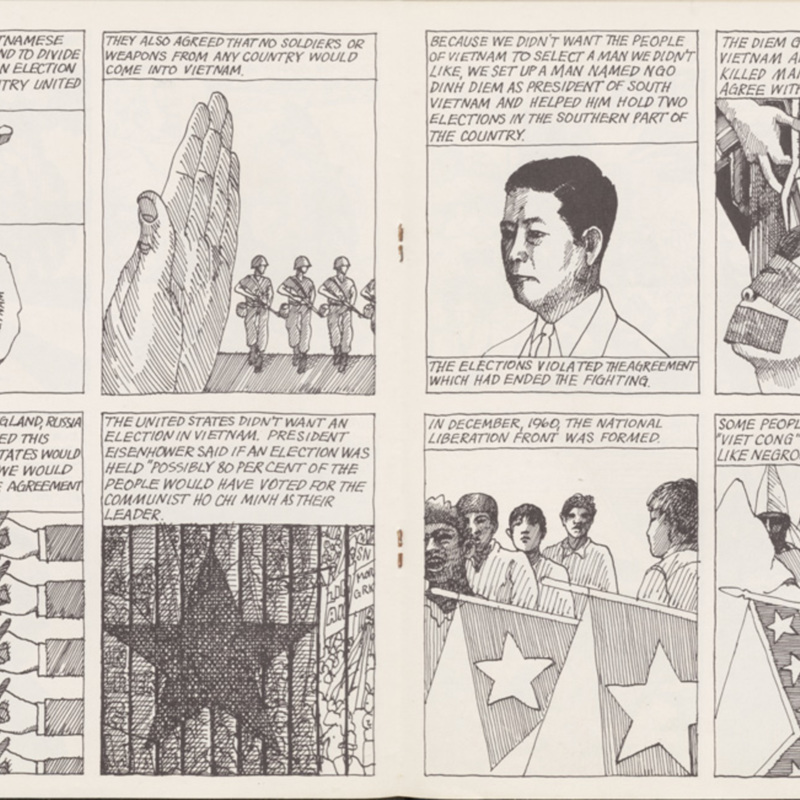 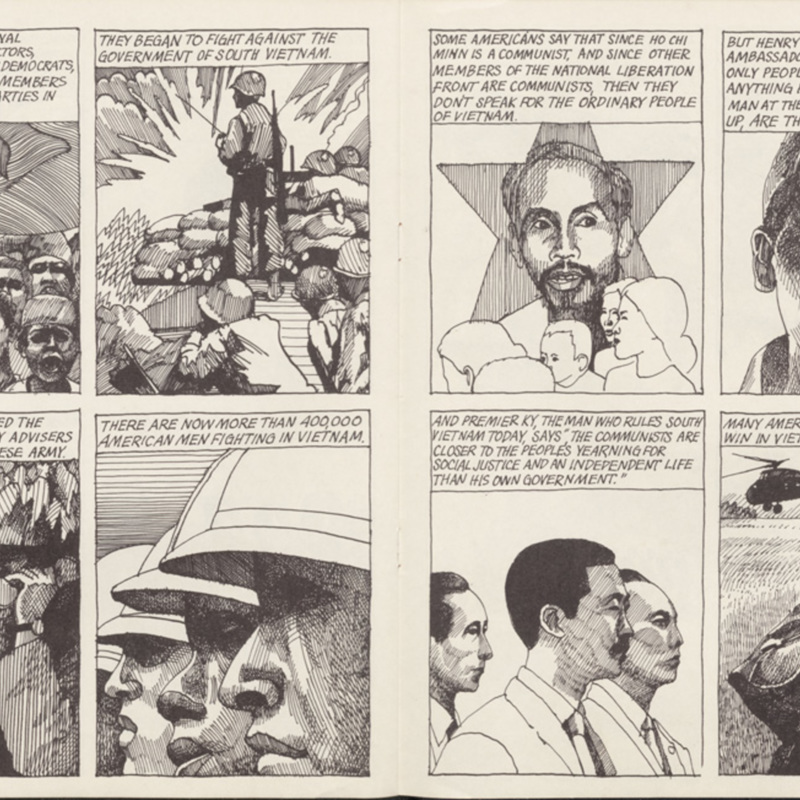 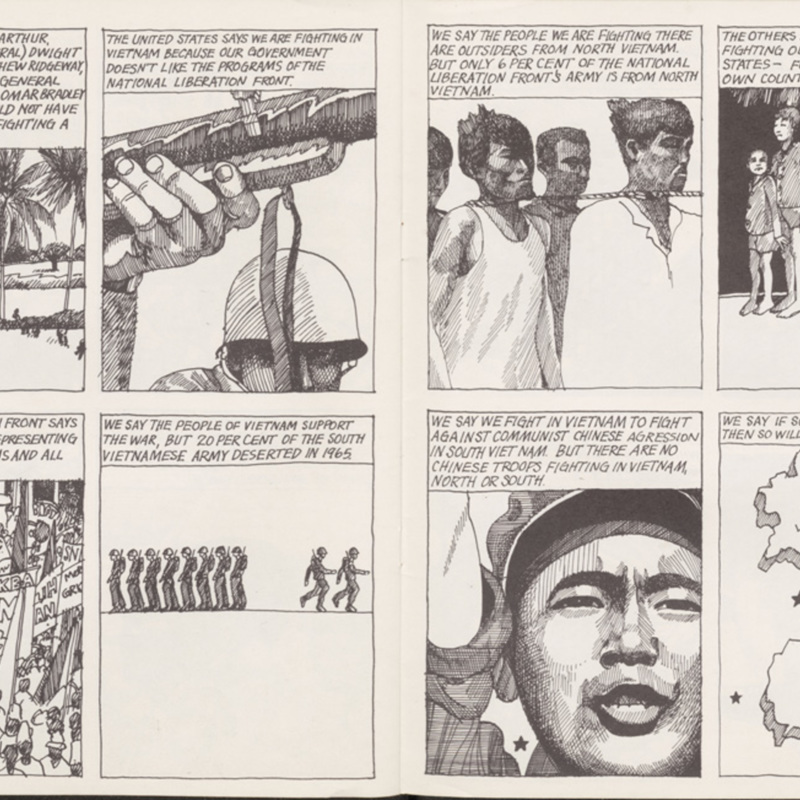 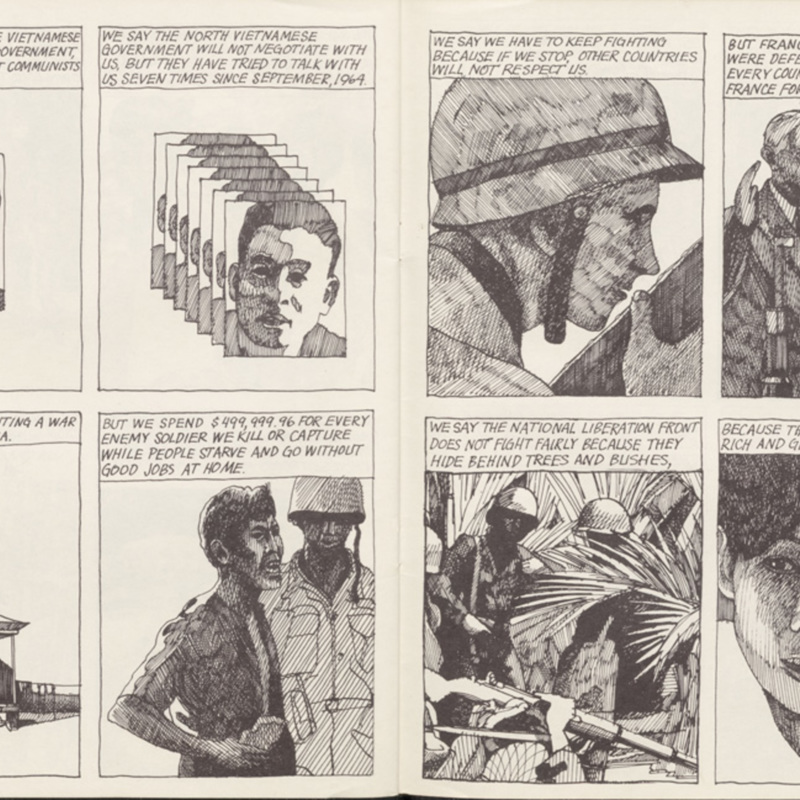 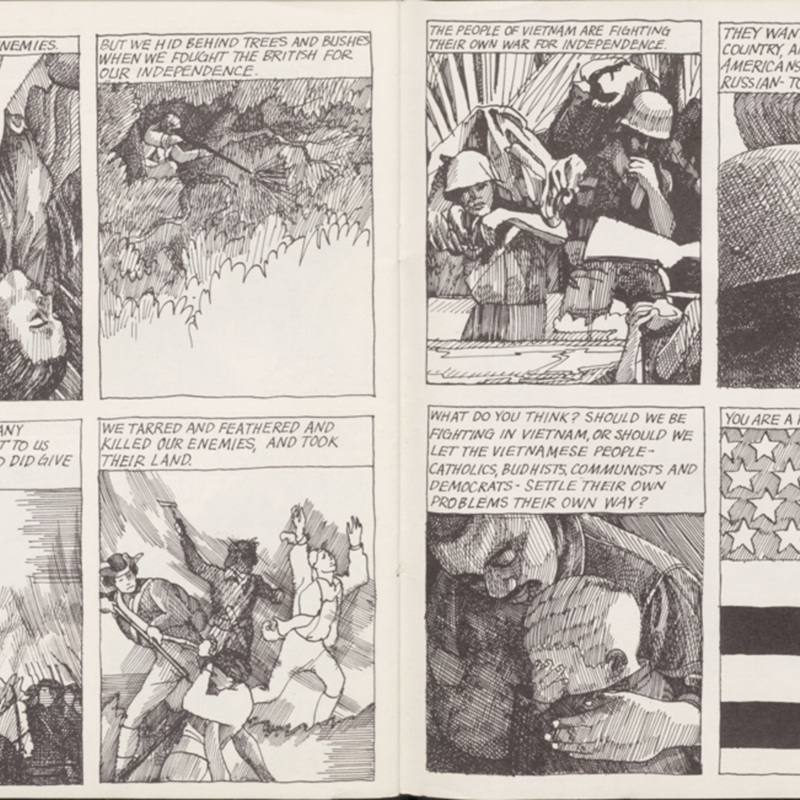 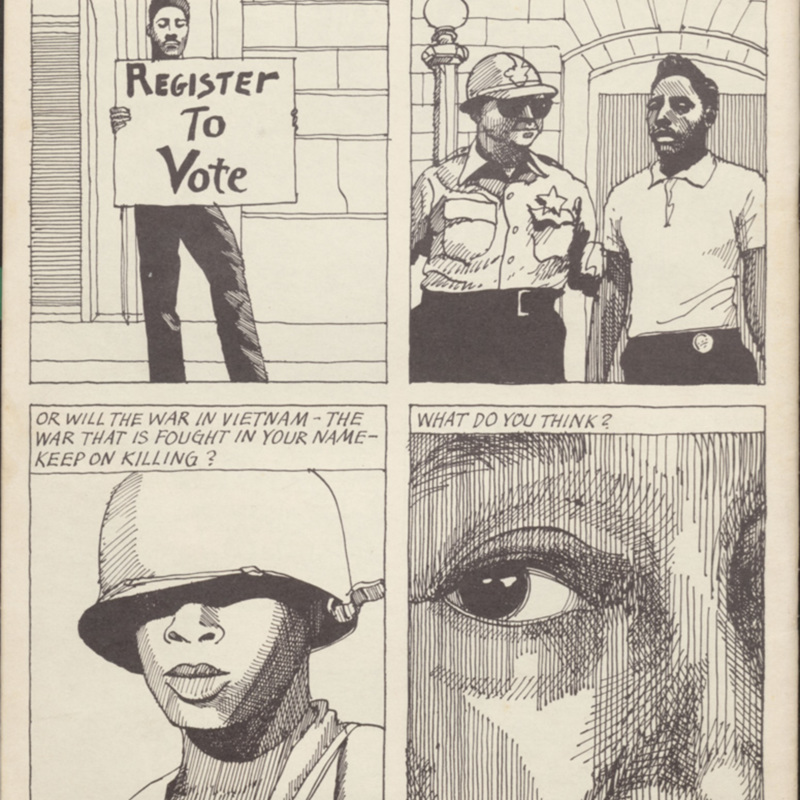 Comic created in 1967, written by Atlanta SNCC leader, Julian Bond, and illustrated by T. G. Lewis. Bond wrote the comic while battling to be seated in the Georgia House of Representatives. He had been elected to the Georgia House of Representative in 1965 with 82% of the vote, but the Georgia state legislature refused to seat him because of his statements (on behalf of the Student Nonviolent Coordinating Committee) in opposition to the Vietnam War. In the comic, Bond draws linkages between the war in Vietnam and the struggle for racial justice in the U.S., which was increasingly common among more militant activists during this period.