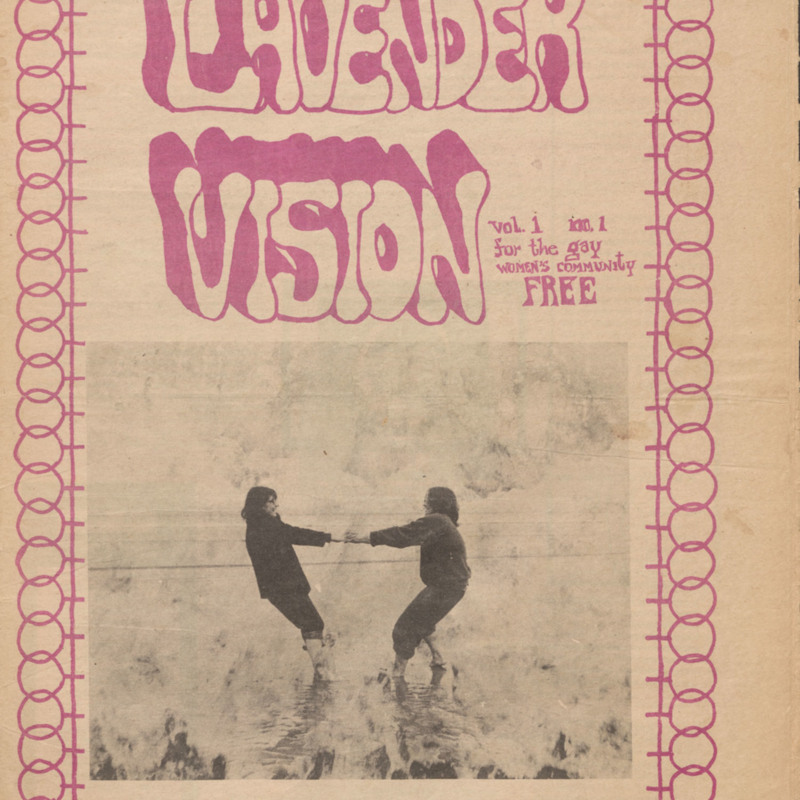 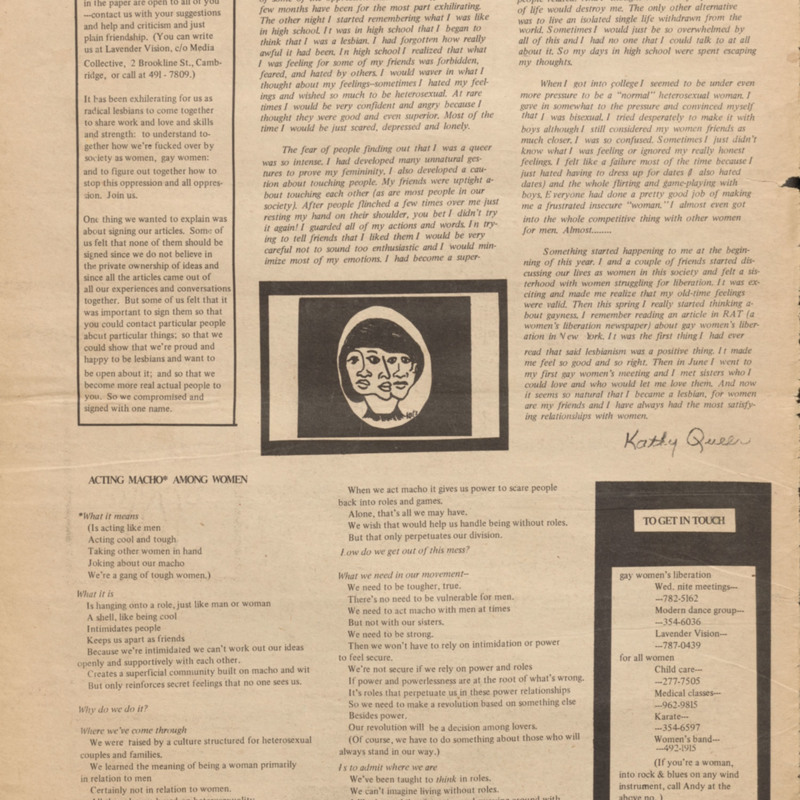 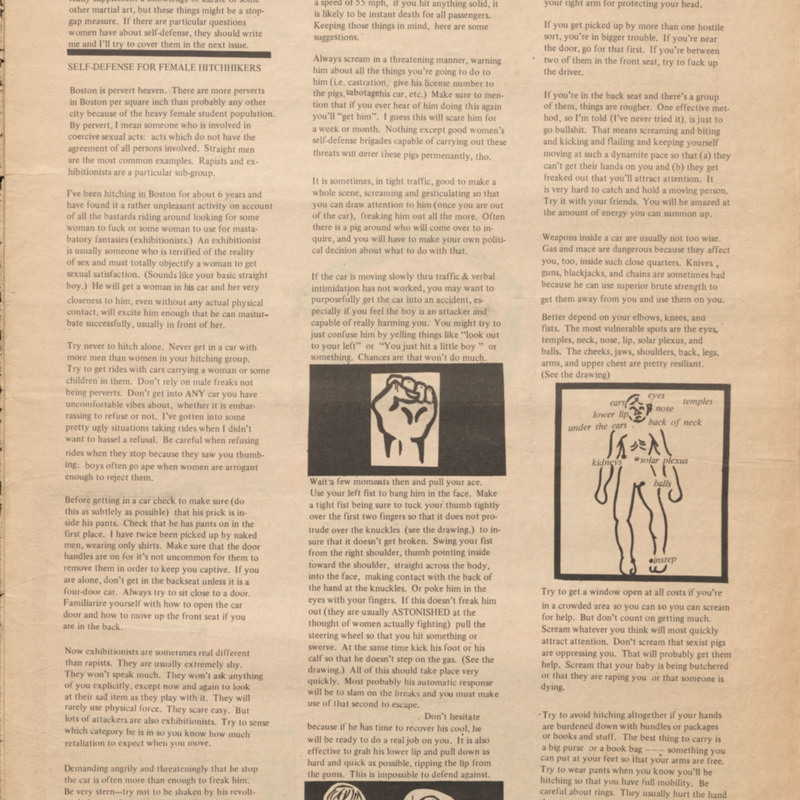 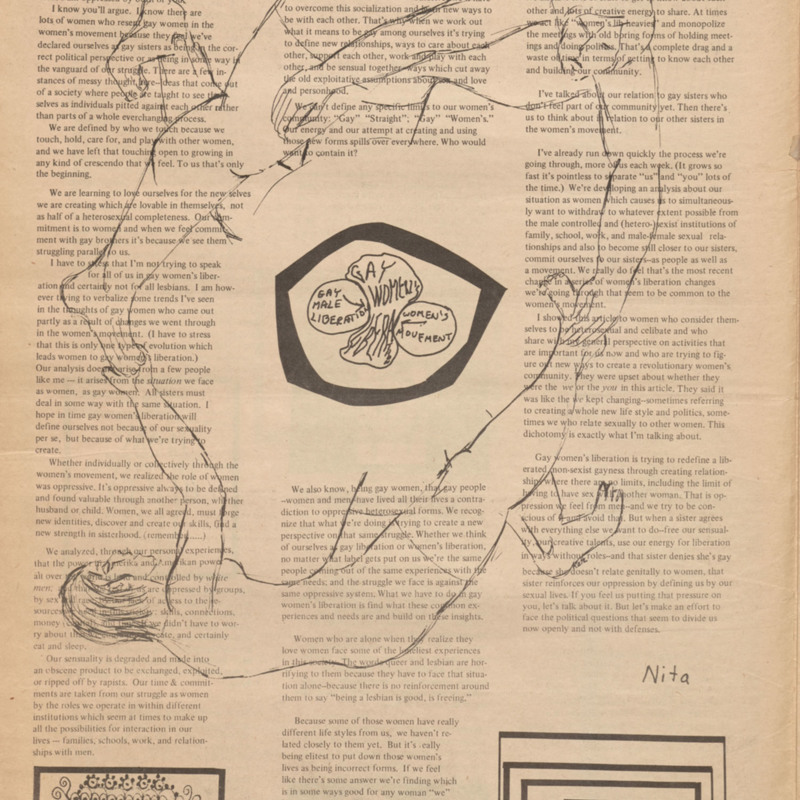 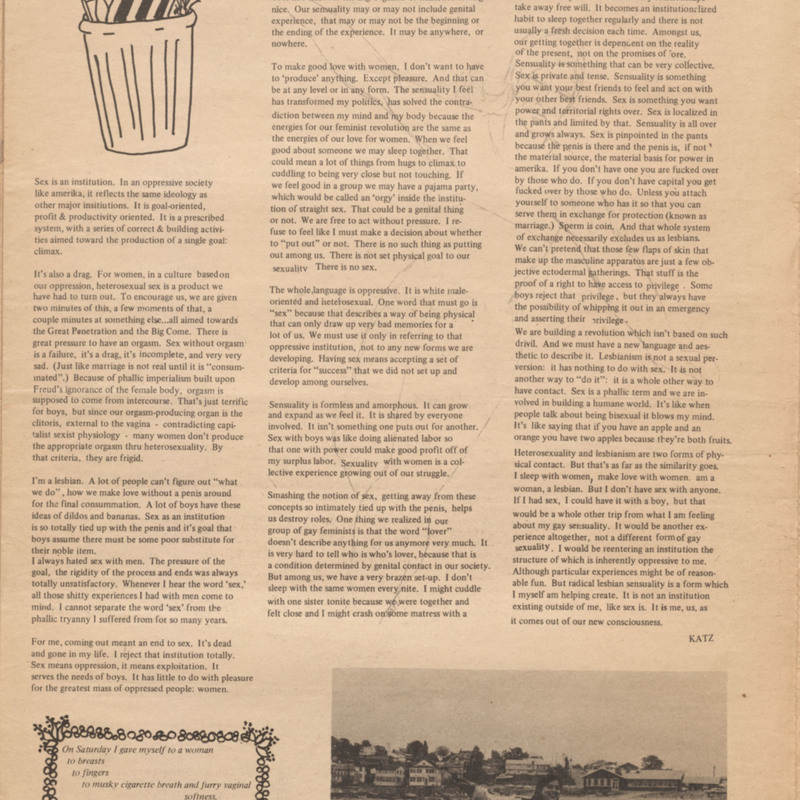 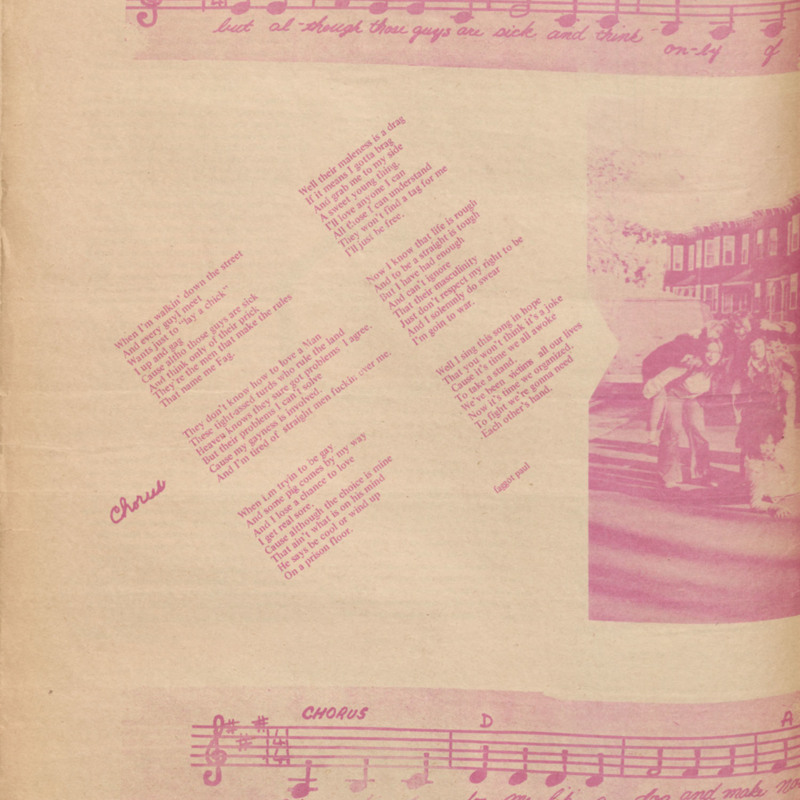 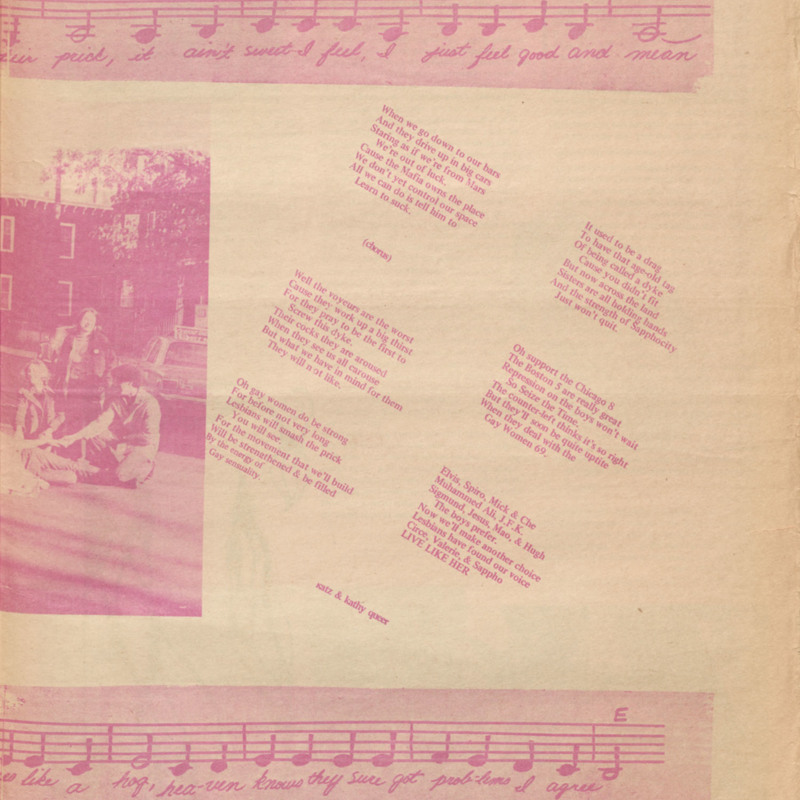 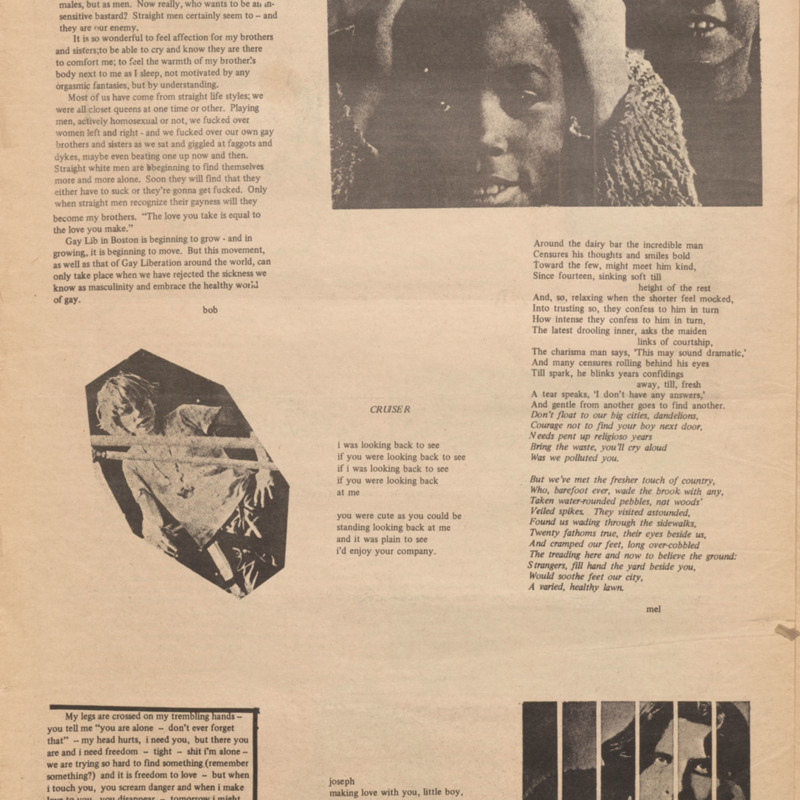 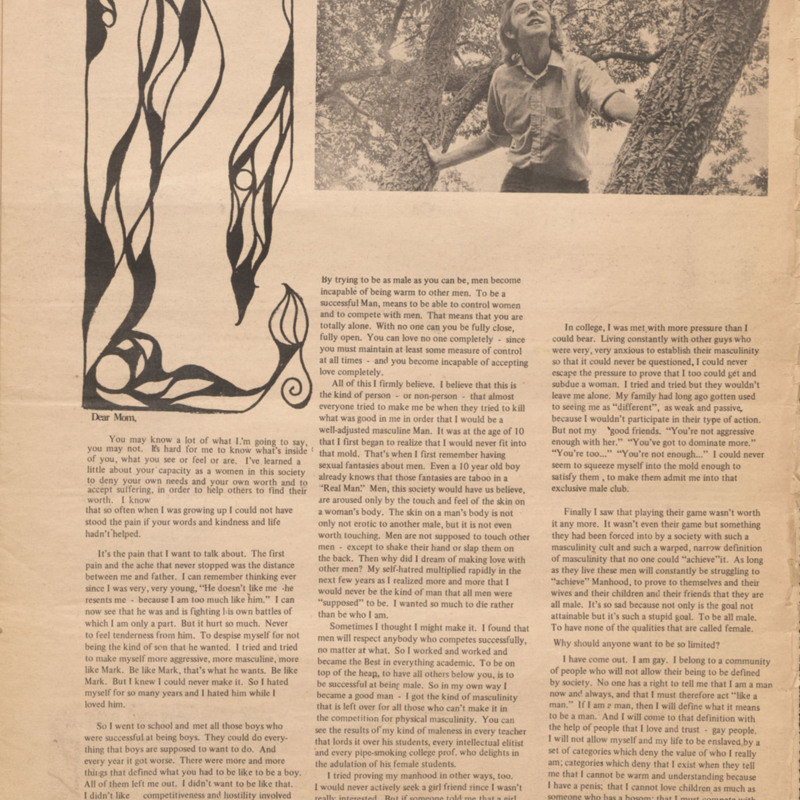 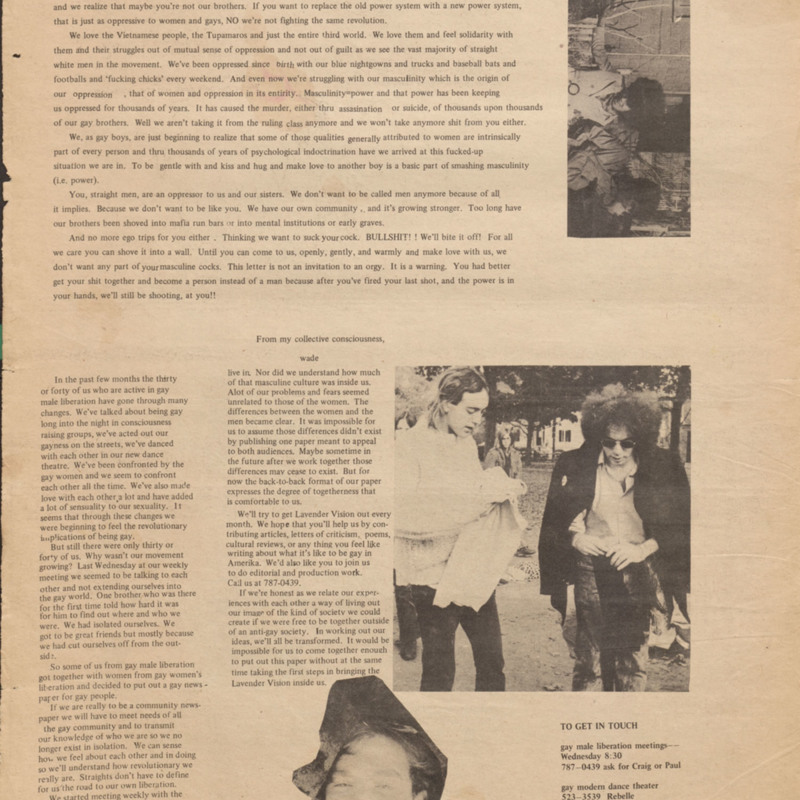 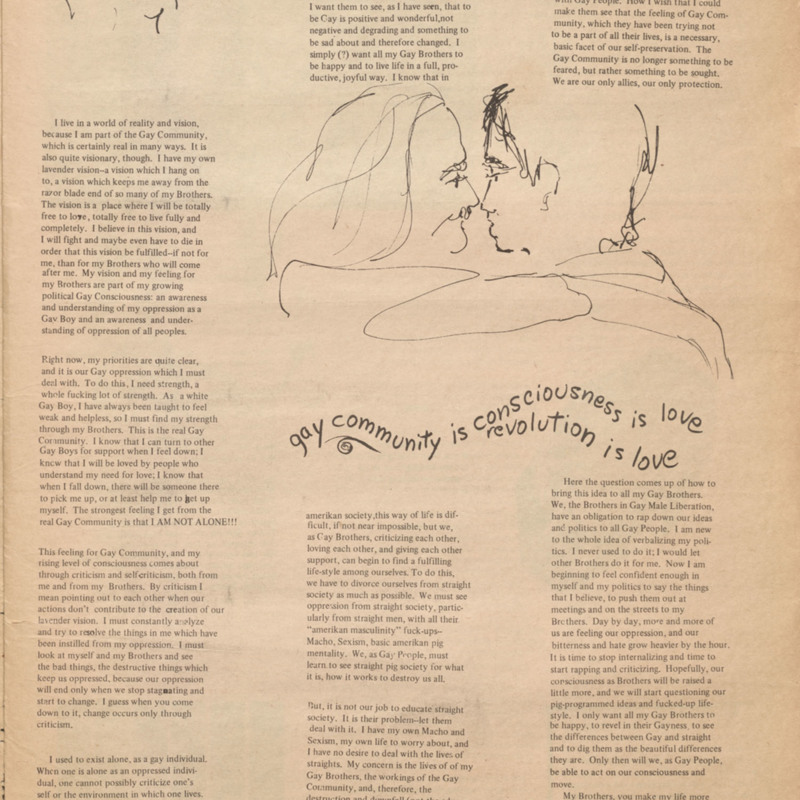 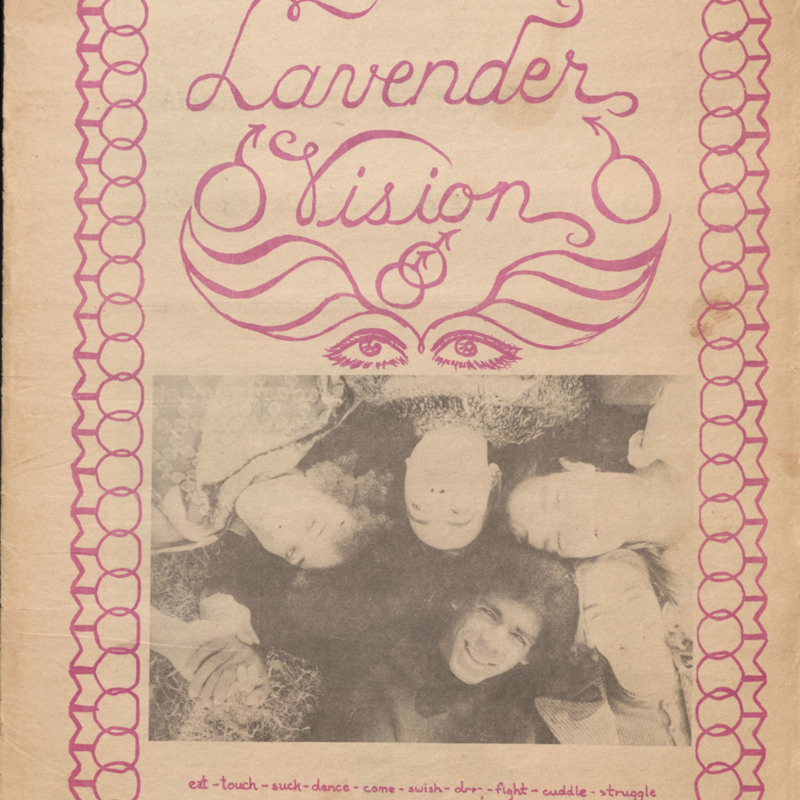 In the wake of the Stonewall rebellion in New York, gay liberation activism in Boston accelerated, including the establishment of a periodical, Lavender Vision. Initially, gay men and women worked on the newspaper together as a "69 publication," meaning half of the newspaper was devoted to gay men and half to gay women. Shortly after its initial publication, though, lesbian activists split, feeling that gay women needed a space of their own. The newspaper was relaunched as a women-centered periodical and local gay men established Fag Rag.

In this issue, divided between women and men, articles explore self-defense, tensions within the women's liberation movement, "phallic imperialism," music, poetry, definitions of masculinity and manhood, the war in Vietnam and gay community.

In the women's half of the newspaper, a section titled, "Who We Are," explains, "We are some lesbians involved in women’s liberation who feel a need for a large lesbian community that gives us ways to meet together and be together and fight together. We’re hoping that this paper can be a place to share feelings and experiences and news about what we are doing in our movement… It has been exhilarating for us as radical lesbians to come together to share work and love and skills and strength: to understand together how we’re fucked over by a society as women, as gay women: and to figure out how to stop this oppression and all oppression. Join us."