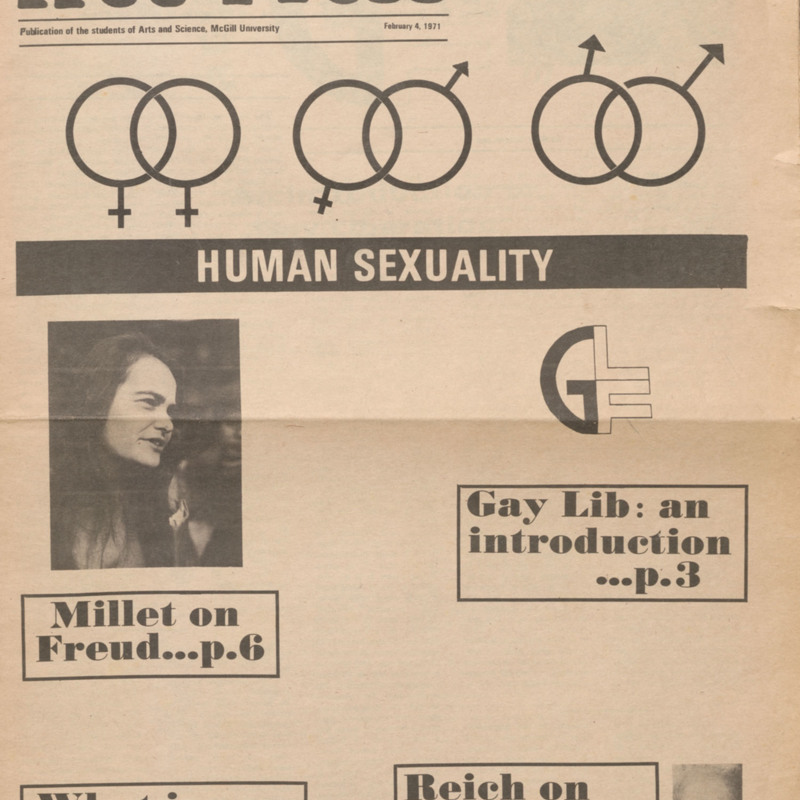 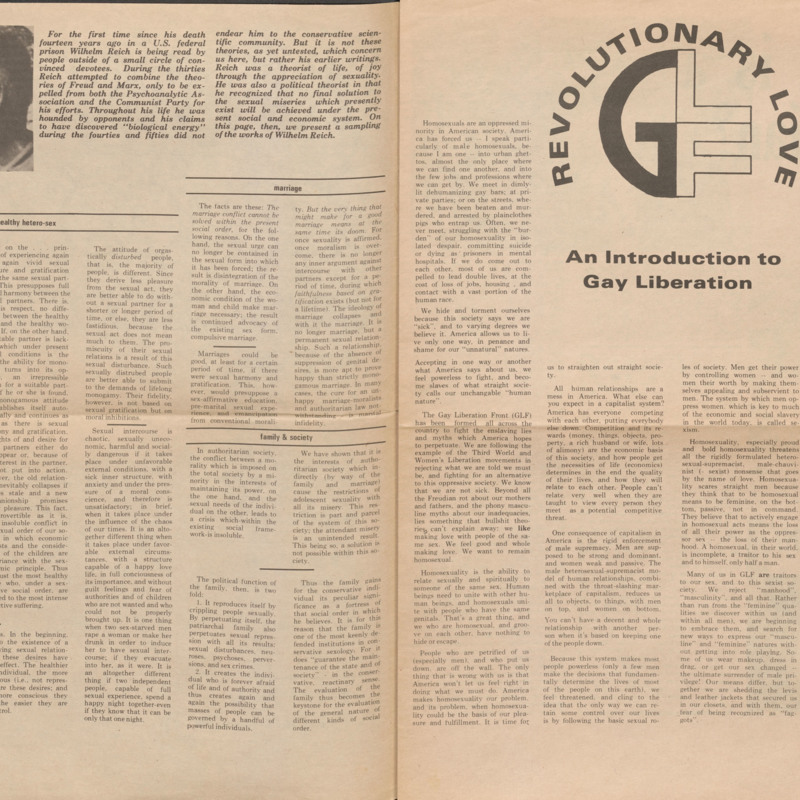 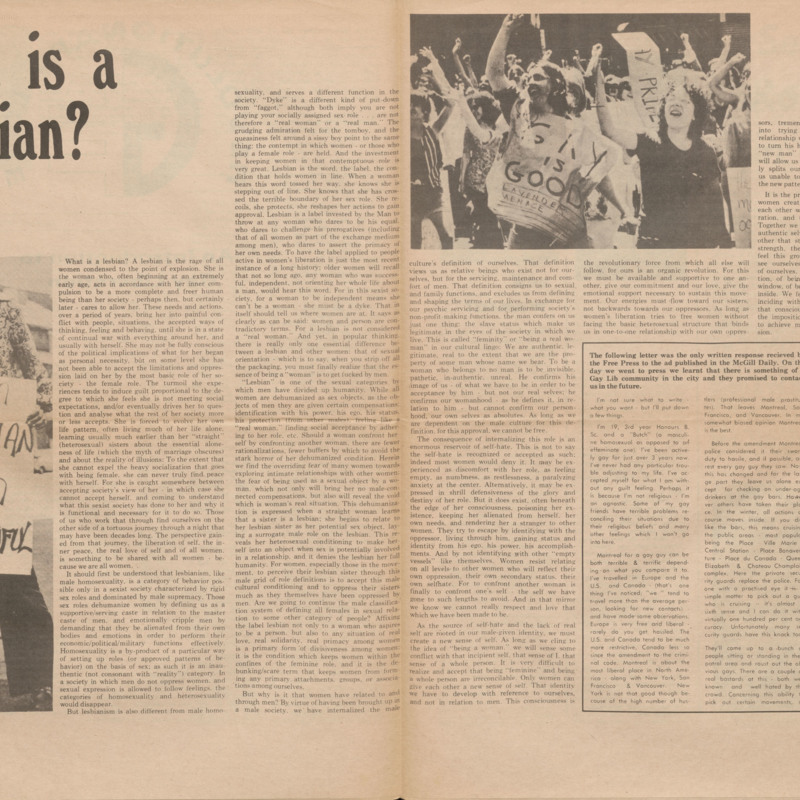 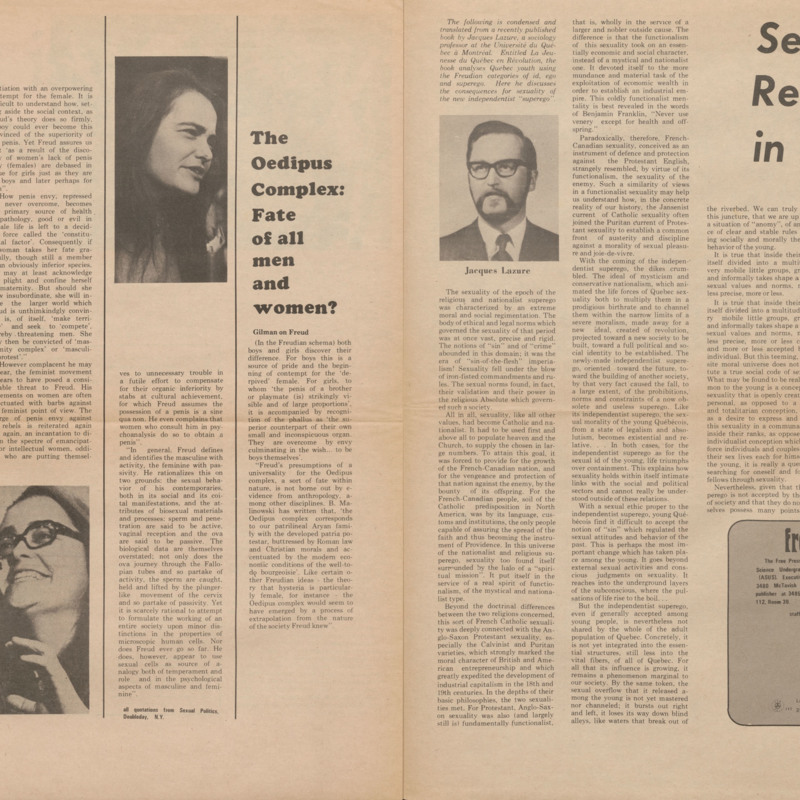 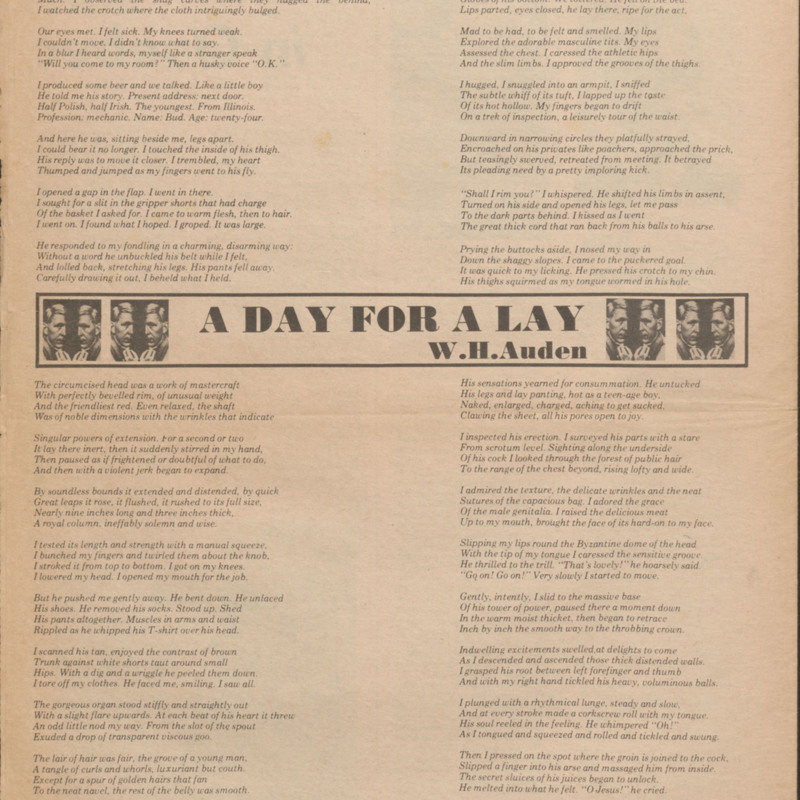 The Free Press was a short-lived publication created in 1968 by the Arts and Sciences Undergraduate Society at McGill University in Montreal, Quebec, Canada. It was introduced initially in 1968 as a placeholder paper for The McGill Daily while it was on hiatus. During the 1960s, The Daily and Free Press were important venues for outspoken students facing opposition from student government and the university administration. They covered issues like the War in Vietnam, women's liberation and reproductive rights, racial justice, gay liberation and the counterculture. This issue focuses on "Human Sexuality" and features articles on William Reich, gay liberation, lesbianism, feminism and Freud, the sexual revolution in Quebec and poetry by W.H. Auden.