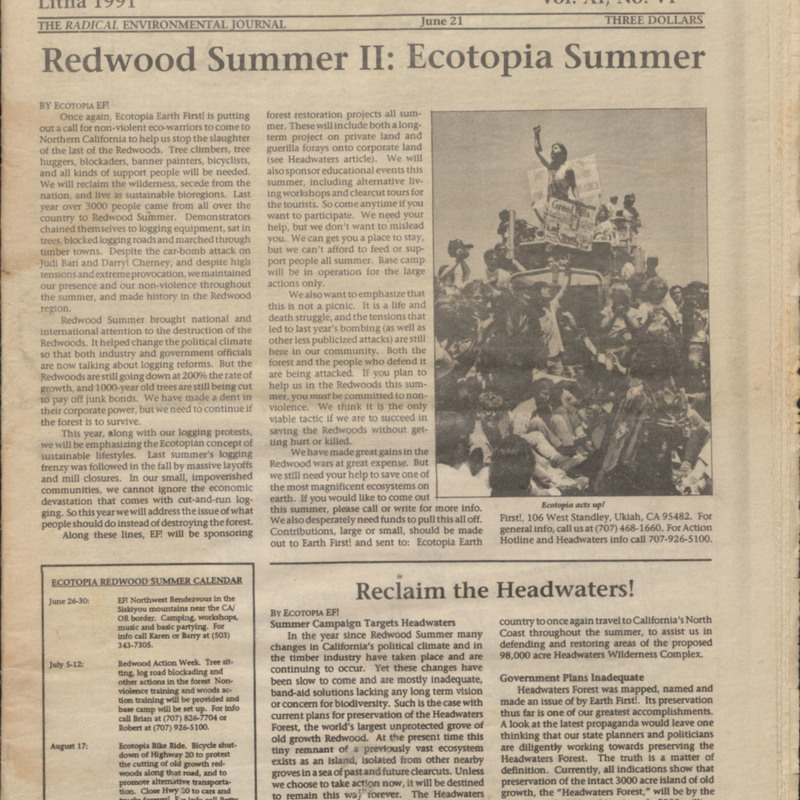 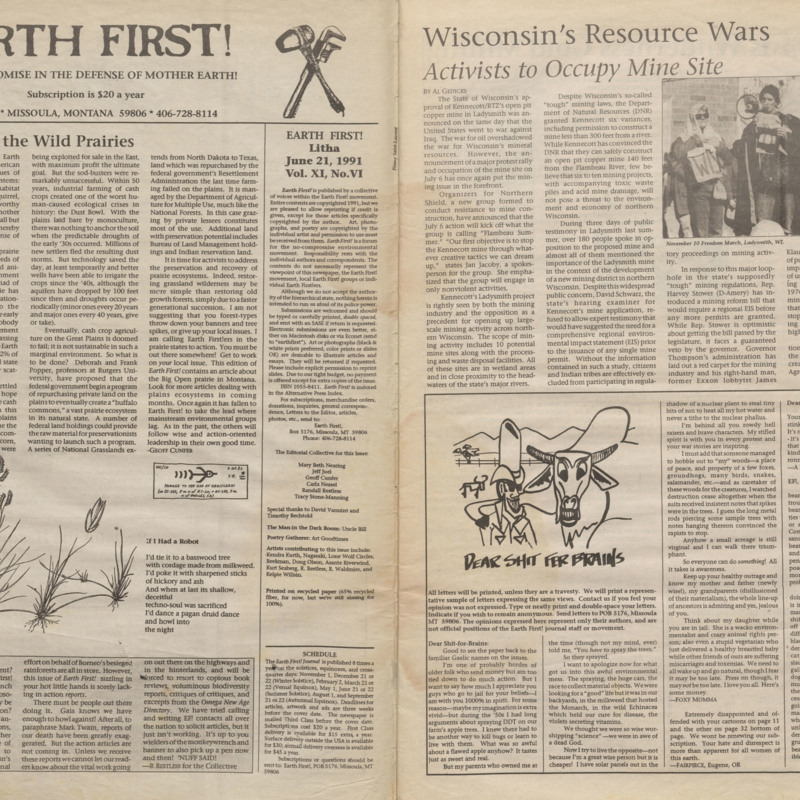 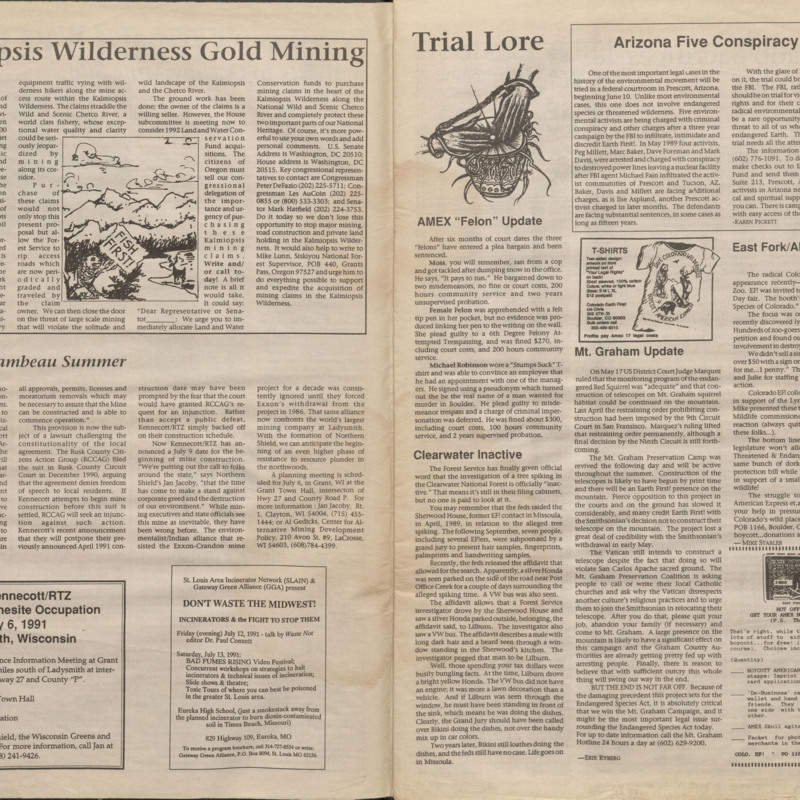 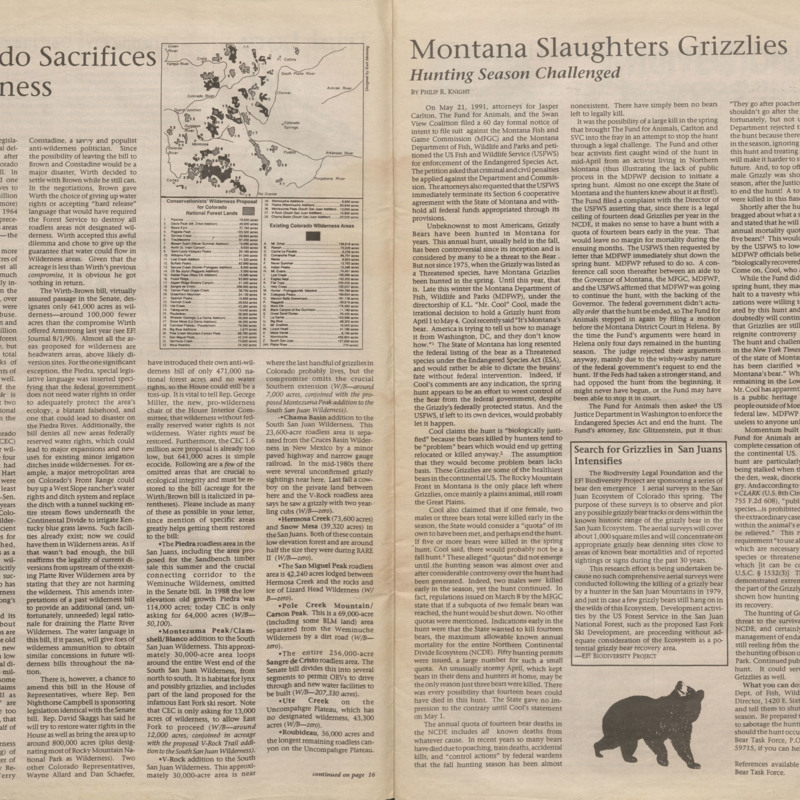 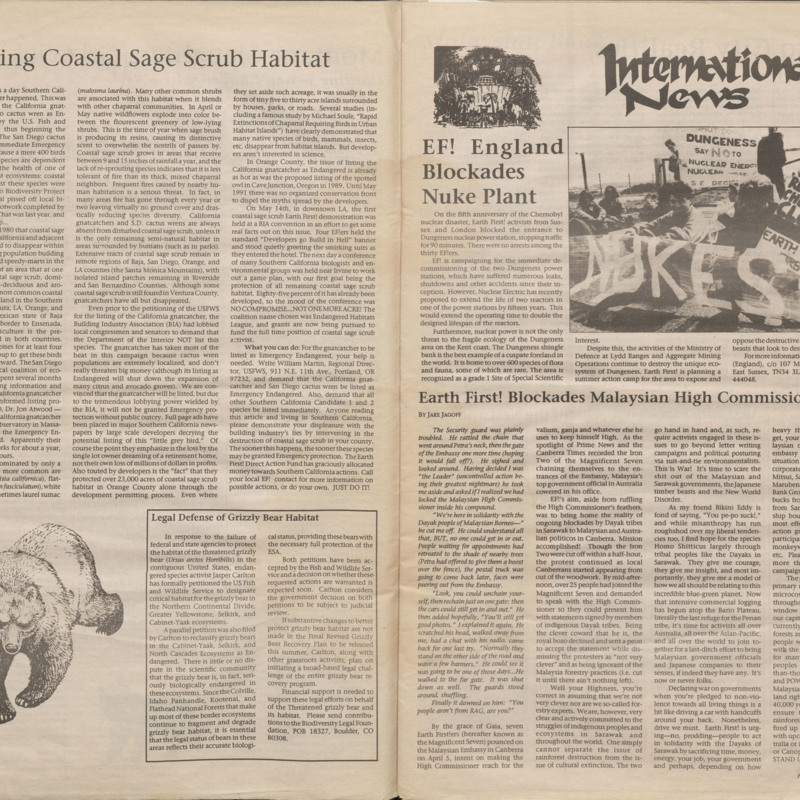 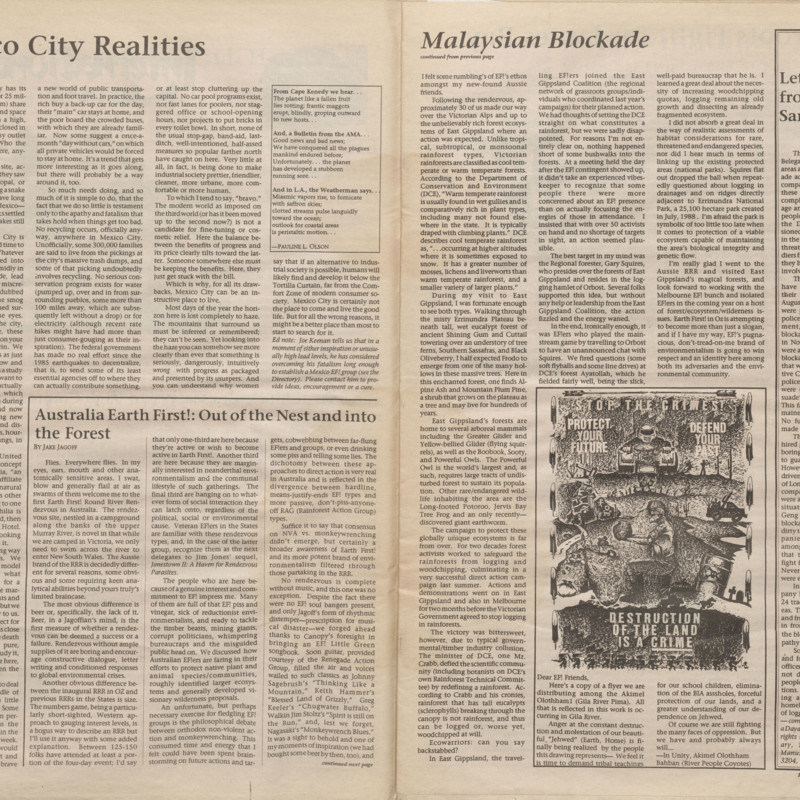 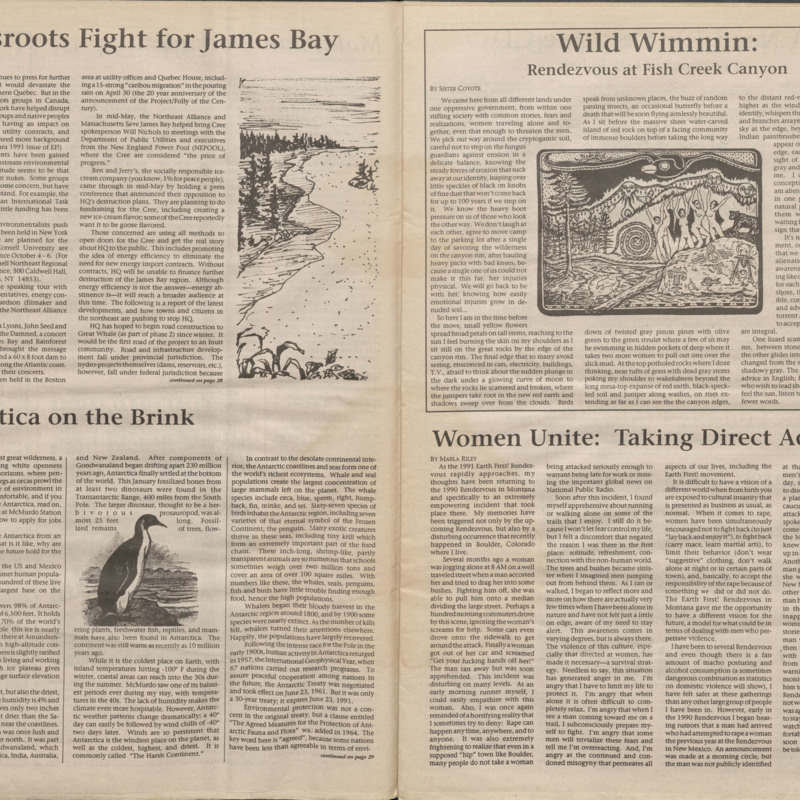 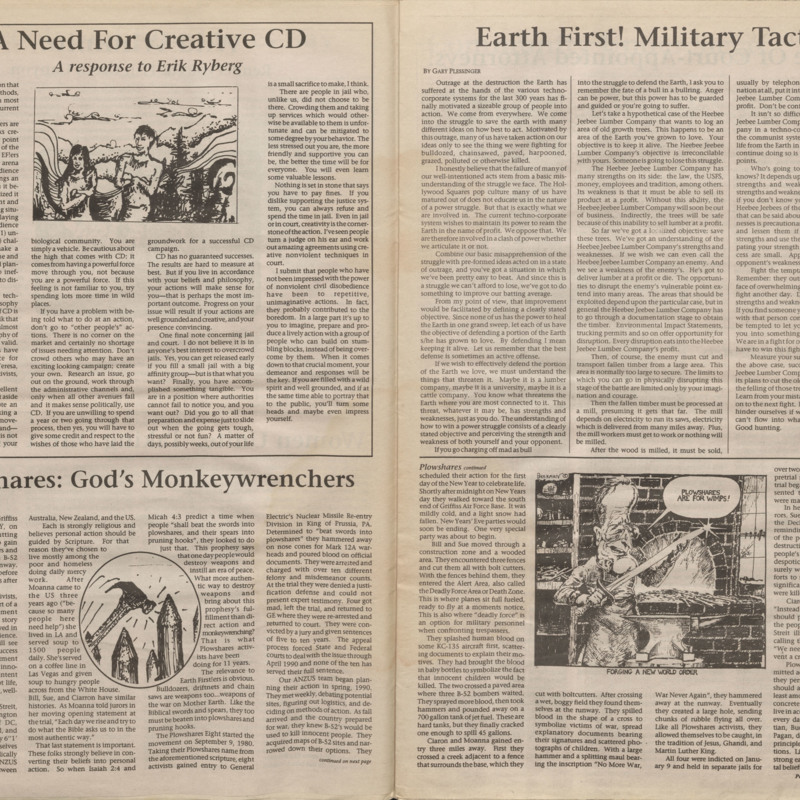 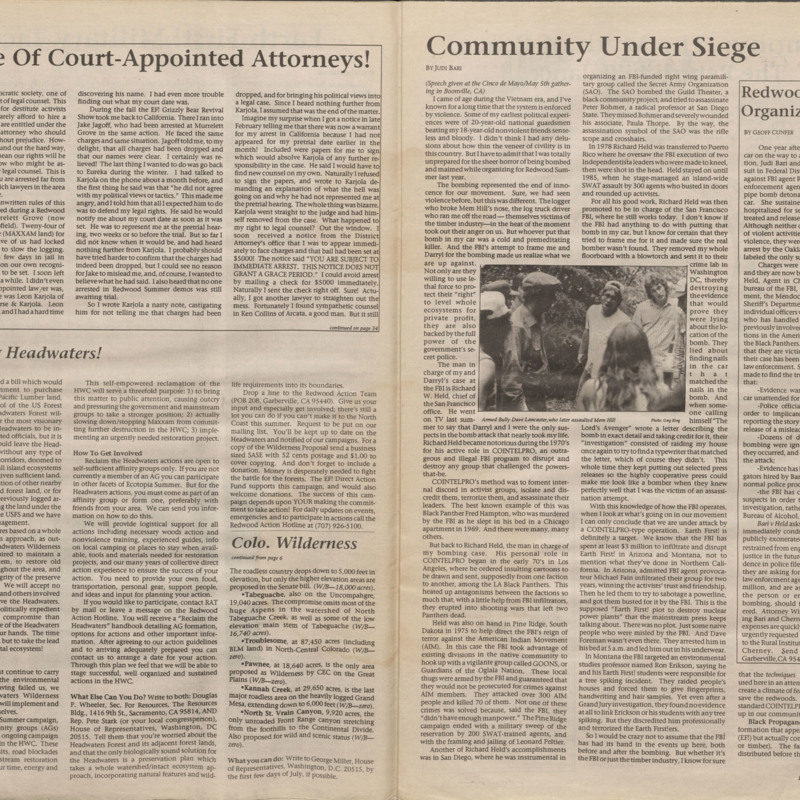 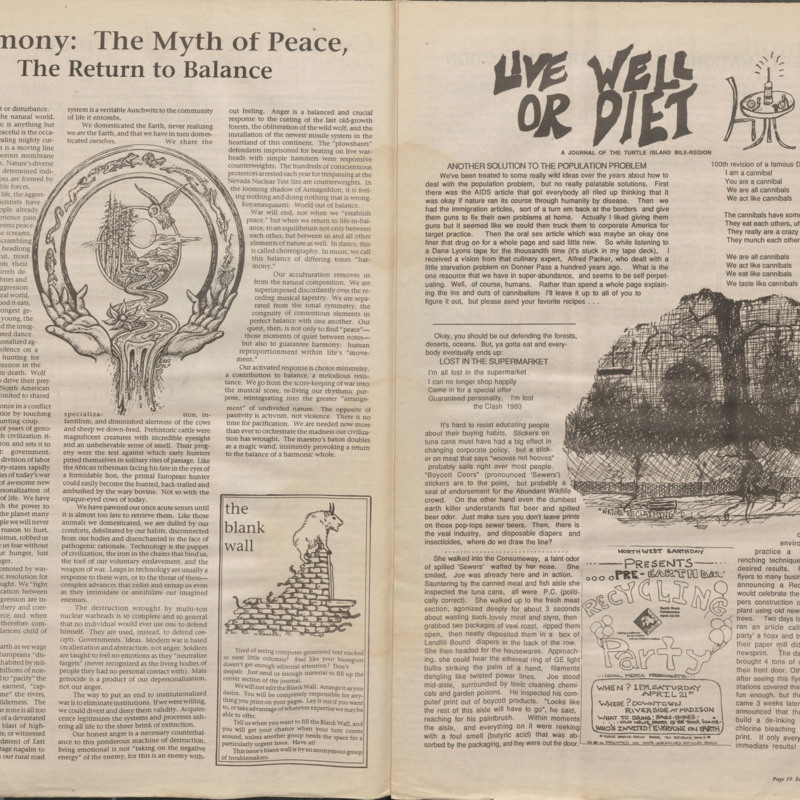 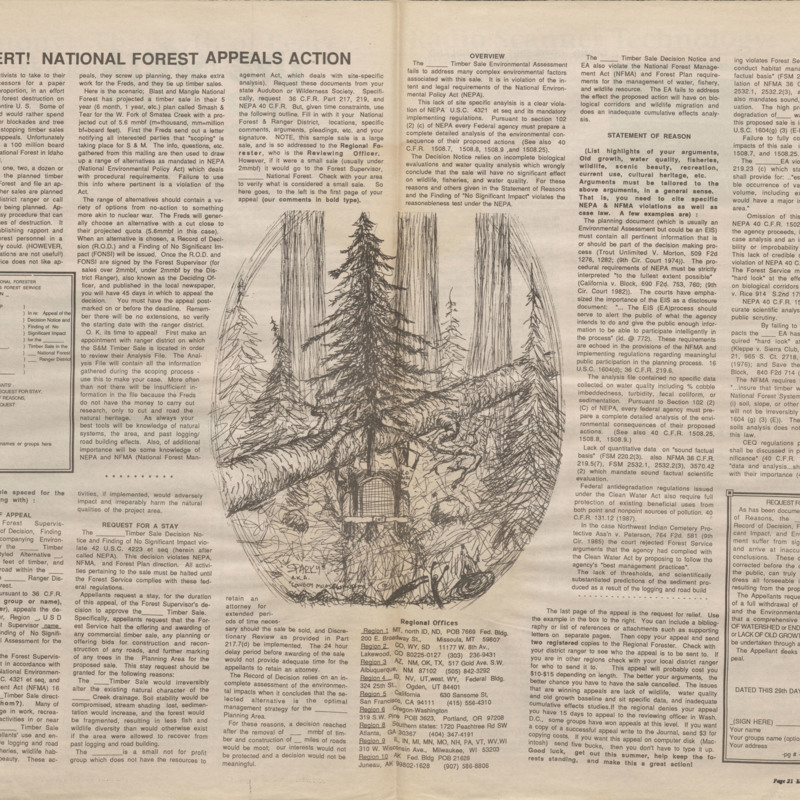 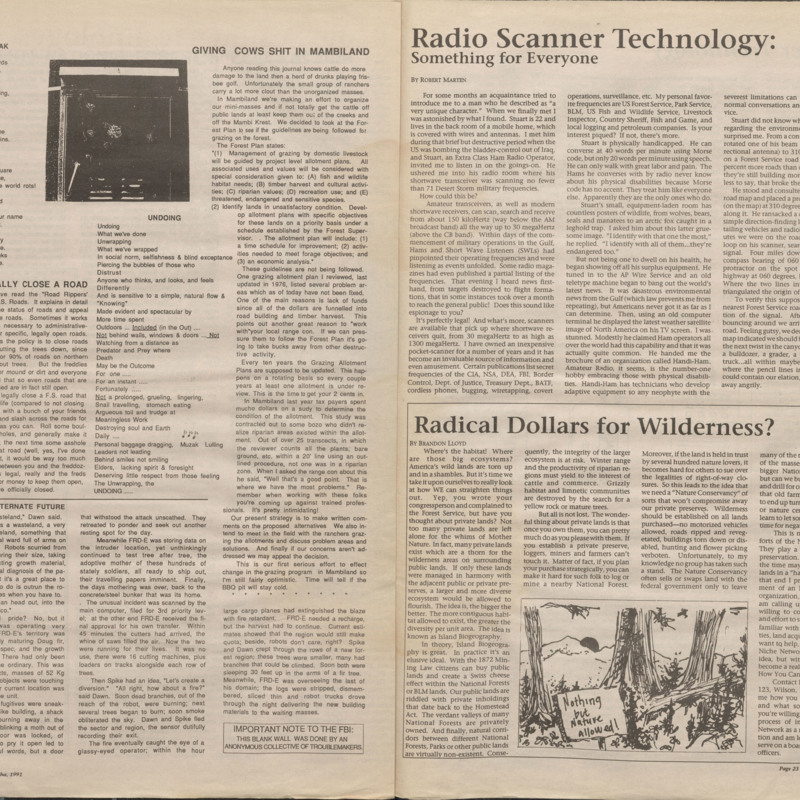 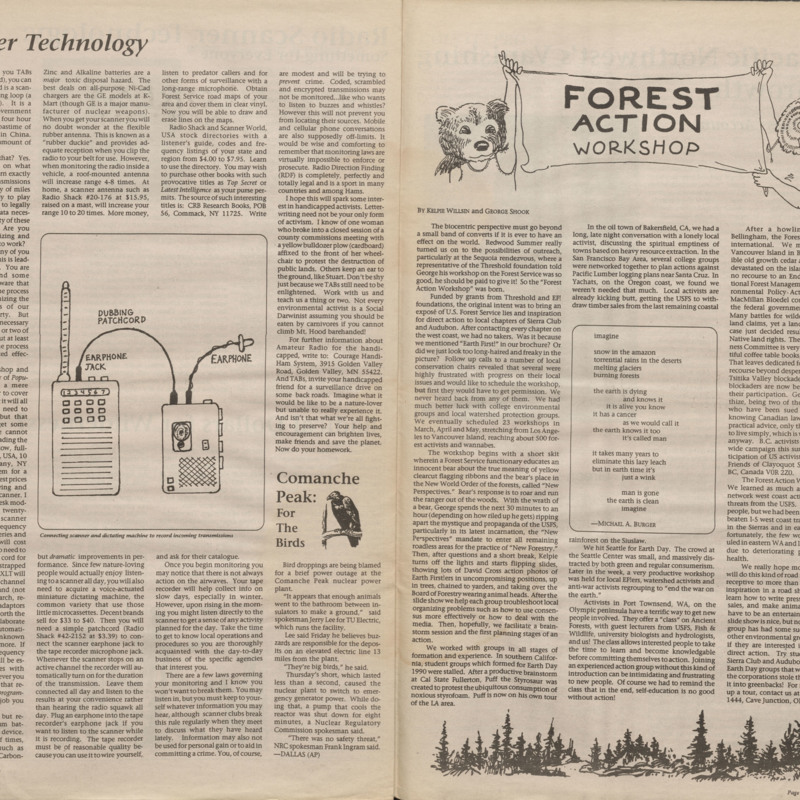 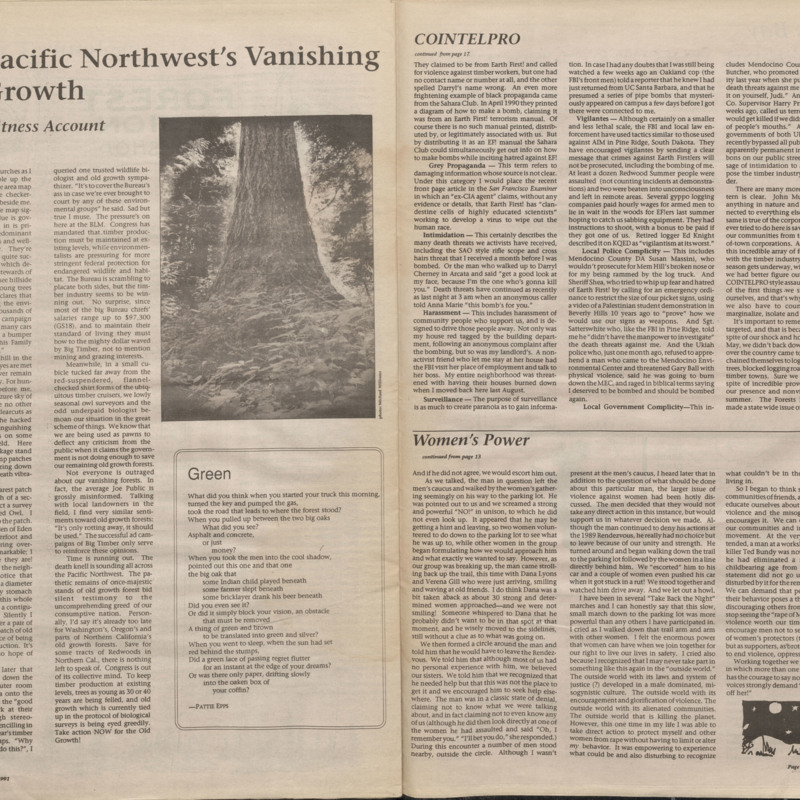 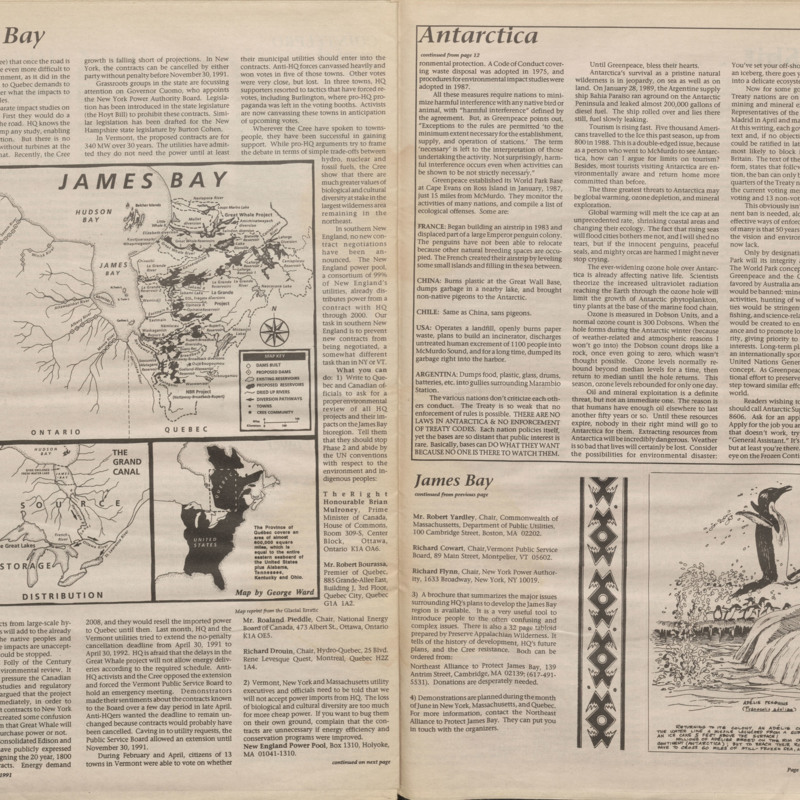 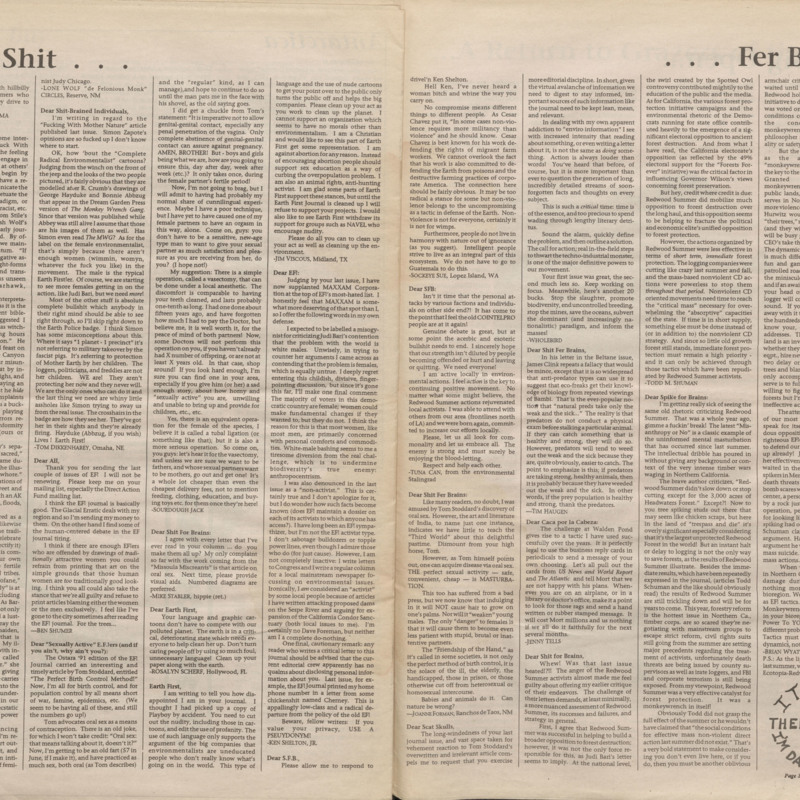 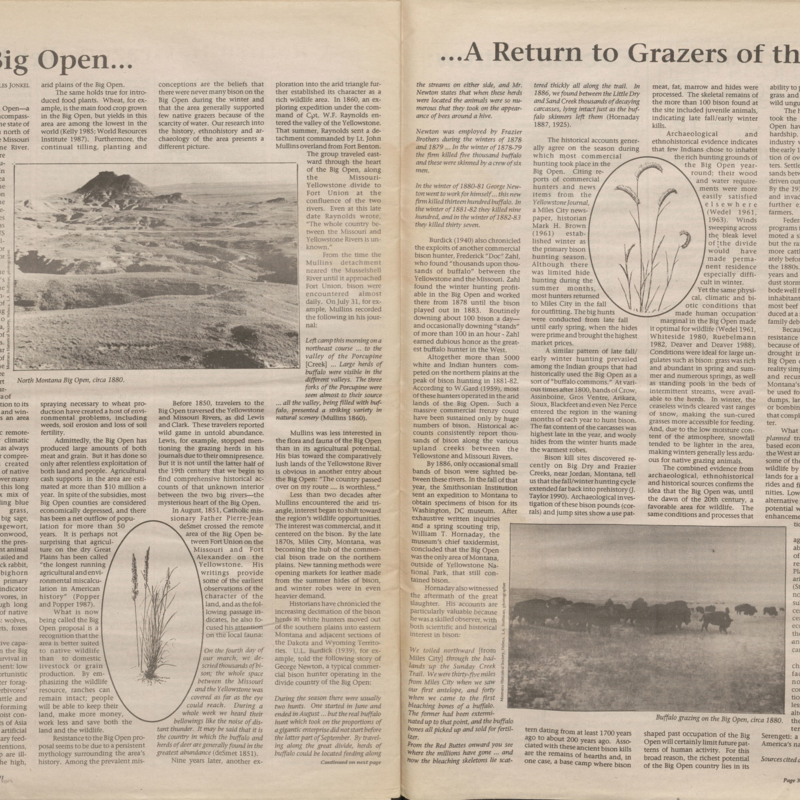 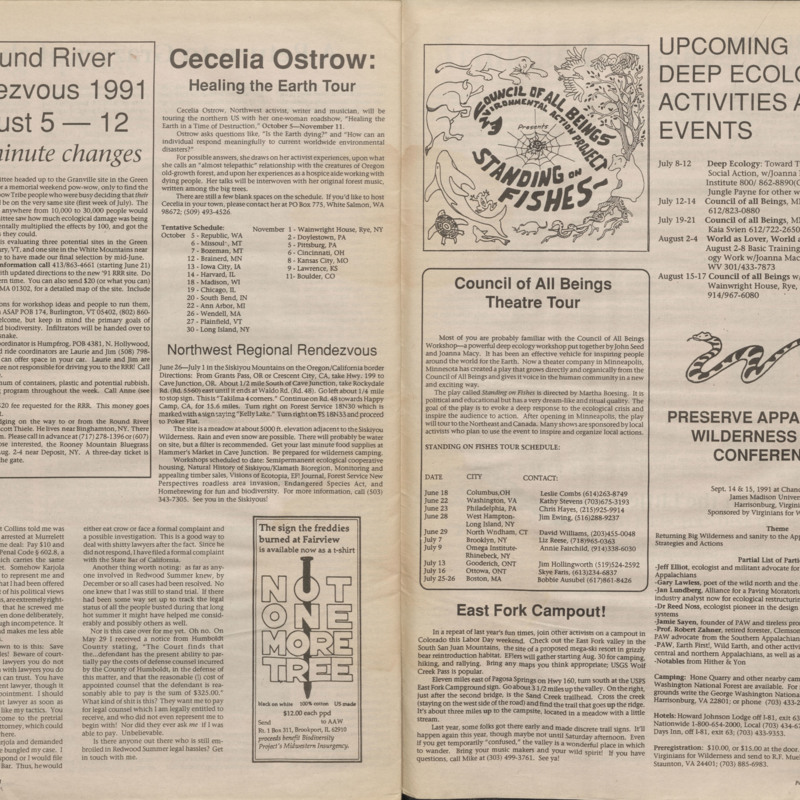 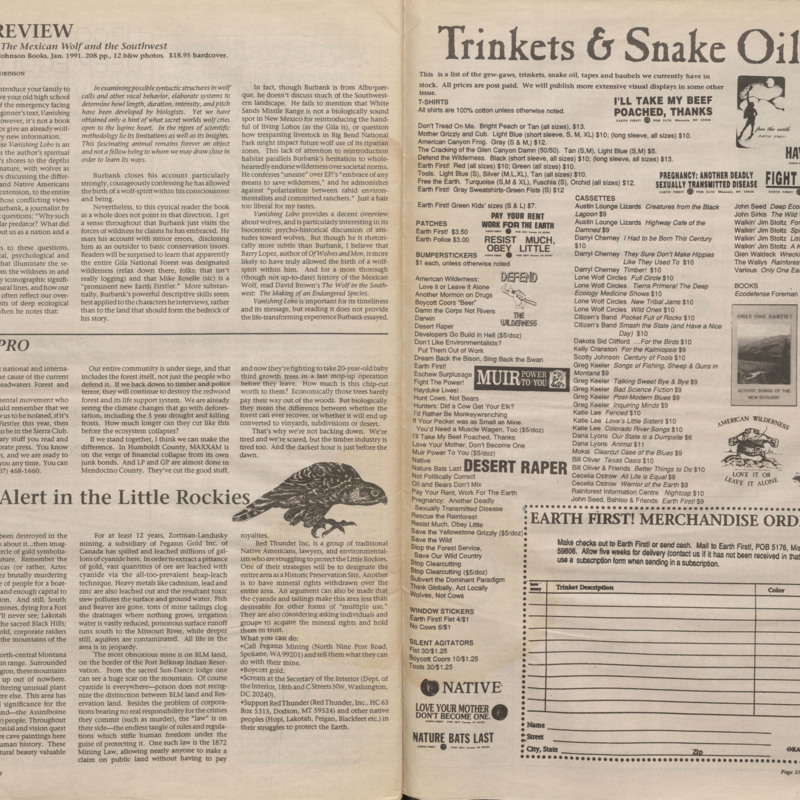 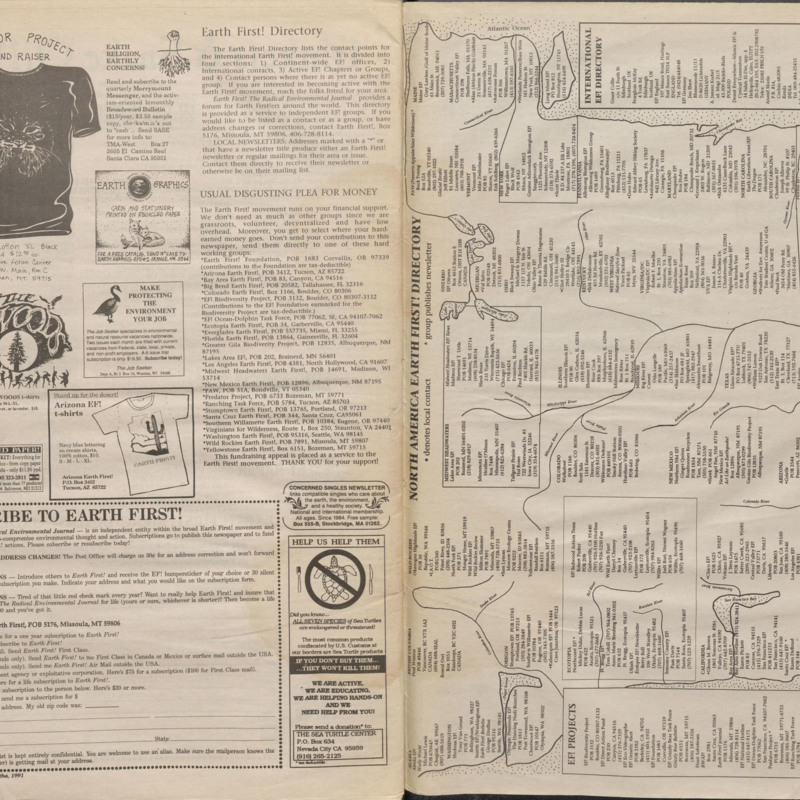 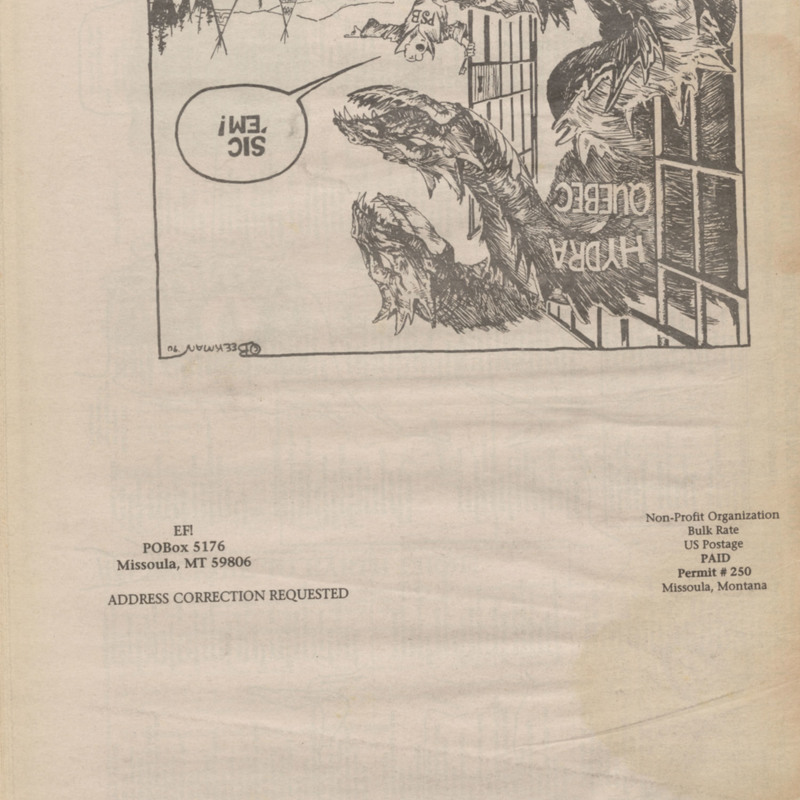 Earth First! was a radical environmentalist organization established in the southwestern United States in 1980. The group, whose slogan was, "no compromise in defense of mother earth," was associated with "Deep Ecology" and promoted a biocentric viewpoint, which posited that every life form and every ecosystem has an equal right to exist, regardless of its utility to humans.

Earth First! and the Deep Ecology philosophy shared two core beliefs: 1) that all life evolved in the same way and from the same single-celled organism and thus all life forms are related, and 2) that the biosphere and all its life forms are sacred. Earth First, which grew into a global organization, became most well-known for its eco-militancy. Group members have engaged in"rowdy and well-publicized protests that often have involved civil disobedience, including innovative blockades of logging roads and industry or governmental offices as well as clandestine sabotage operations that increasingly have utilized arson." Some Earth First! members consider themselves anarchists and seek to overthrow all industrial nation-states, but the majority have a less revolutionary goal of achieving legal protection for habitats large enough to ensure the survival of biological diversity.

Earth First!ers have also been influential in developing a powerful eco-spirituality within the broader environmental movement. The group put on a series of "Road Shows" that included artists, music and story-telling that emphasized environmental "conversion" narratives. The spiritual dimensions of Earth First! have also been significantly influenced by buddhism.