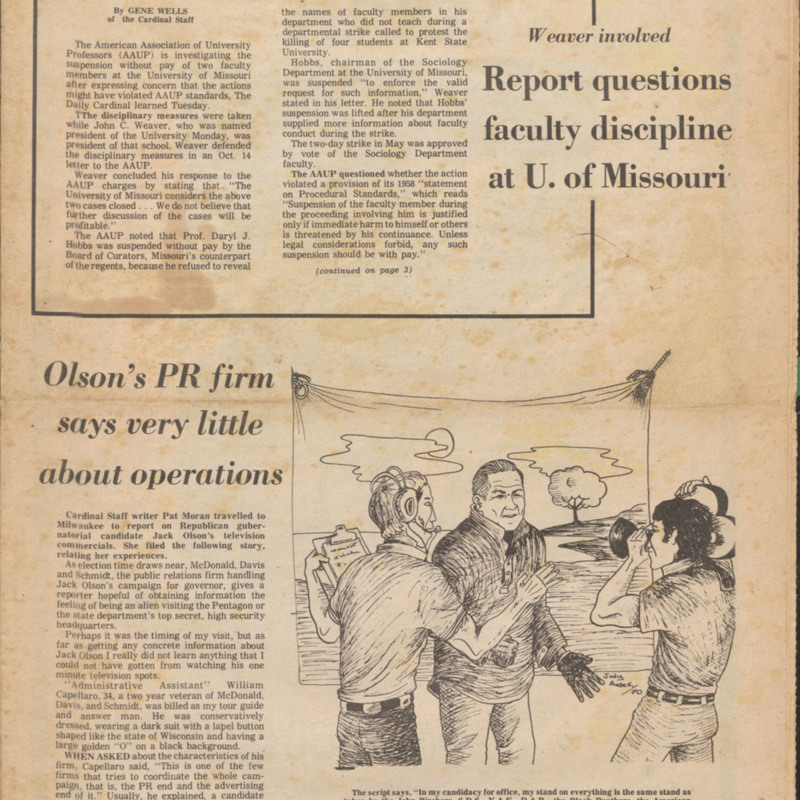 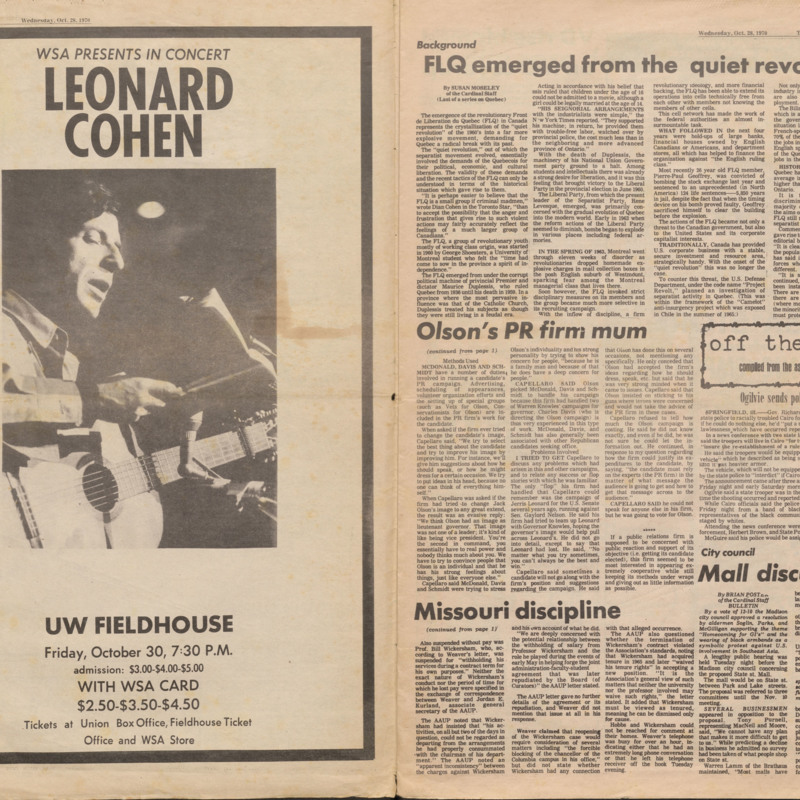 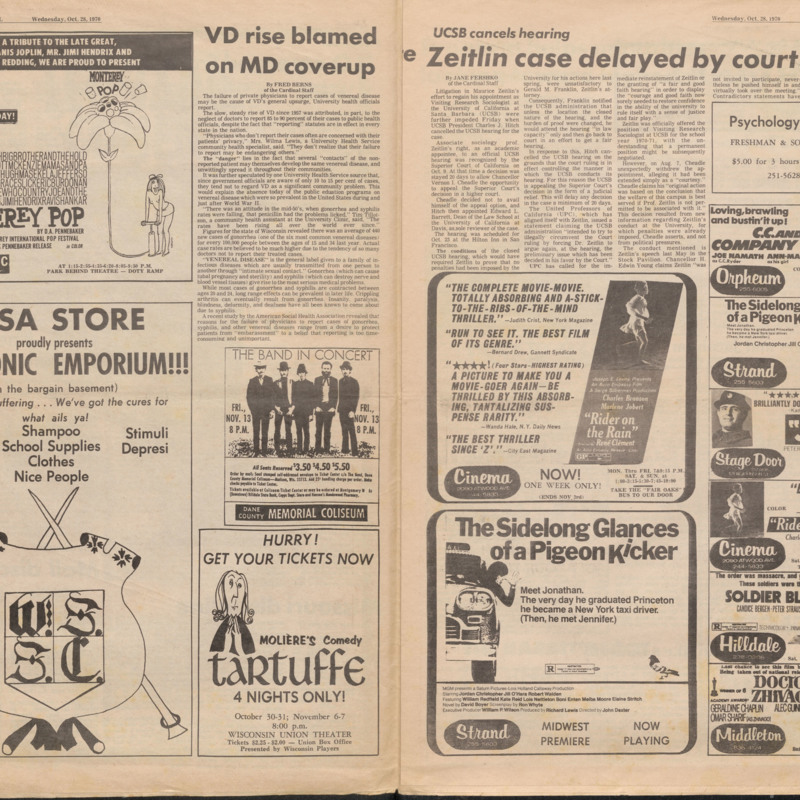 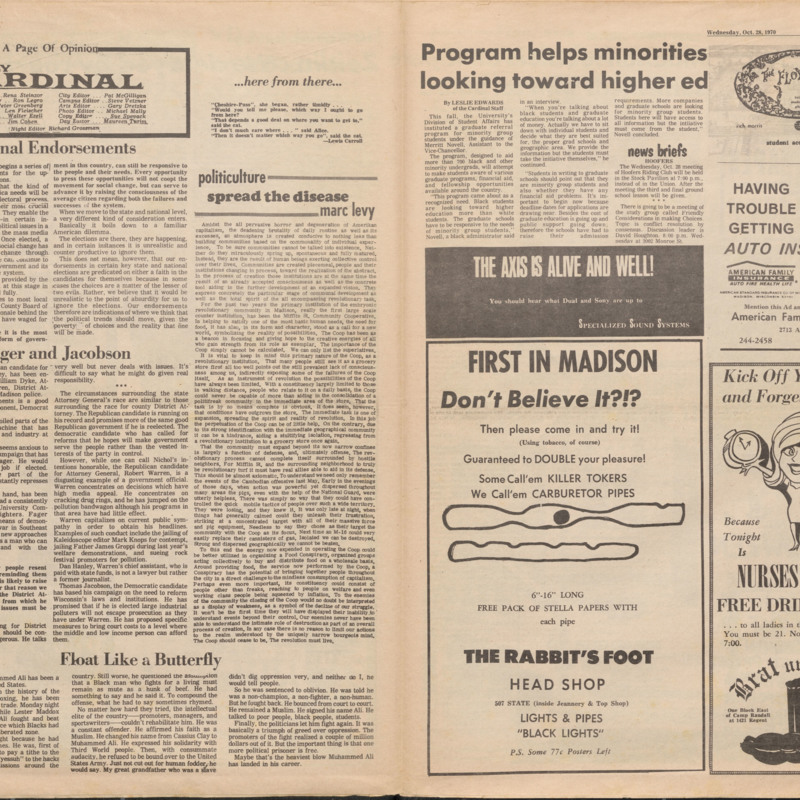 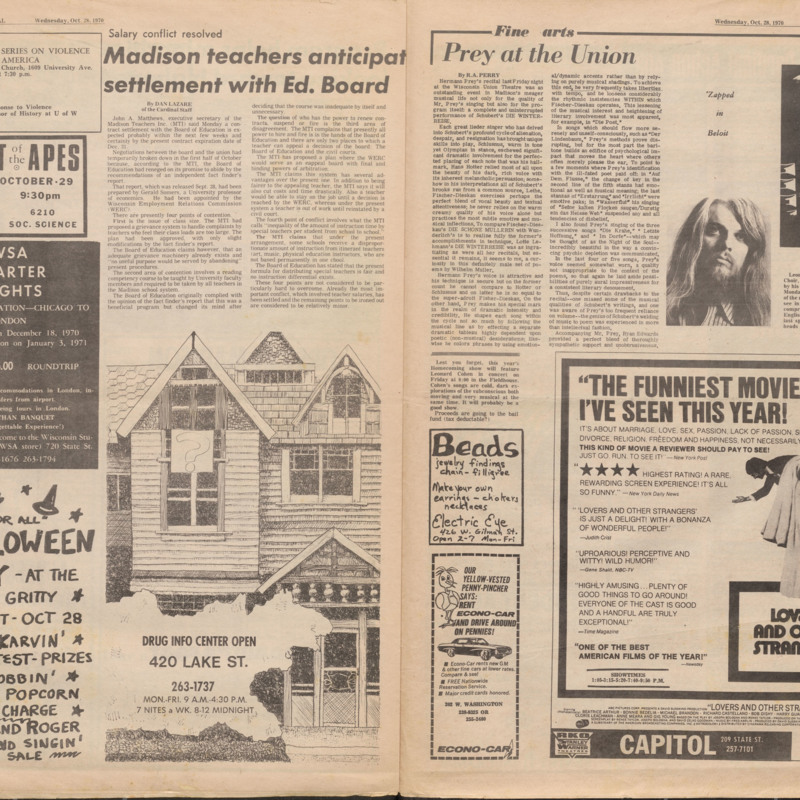 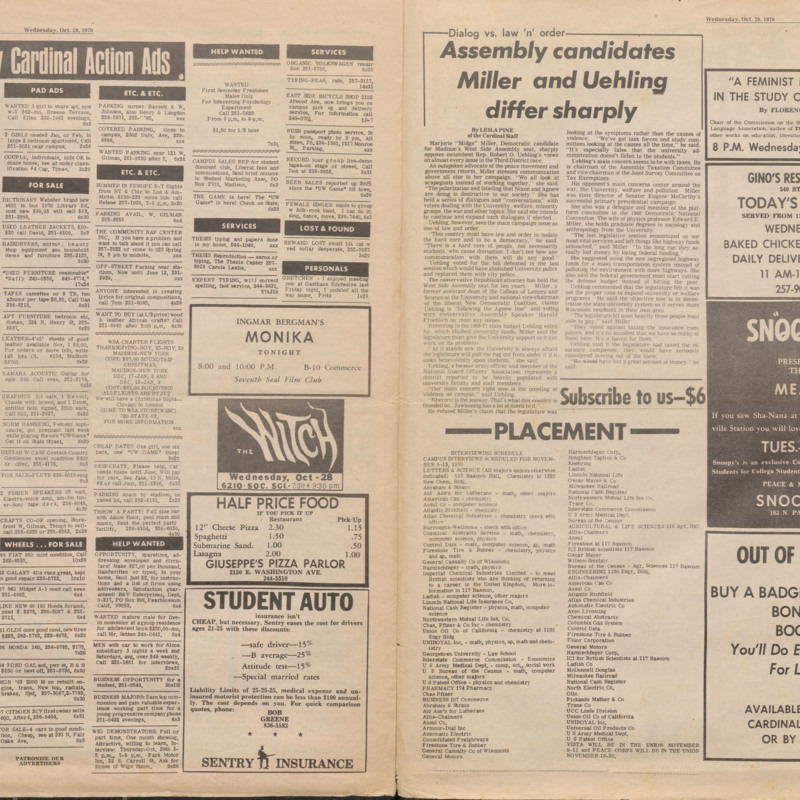 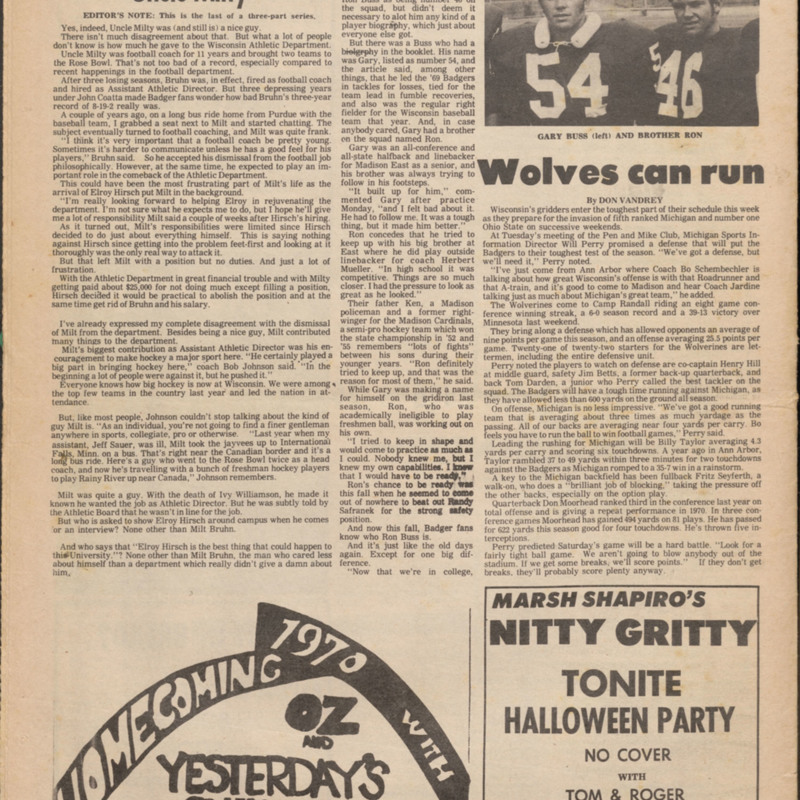 The Daily Cardinal, which serves the University of Wisconsin-Madison community, was started in 1892, is one of the oldest student newspapers in the United States. During the 1960s, the Daily Cardinal was a strong advocate for civil rights, anti-war activism and left politics, more generally. In response, a group of more conservative students on campus started a rival newspaper, The Badger Herald.

In this issue of The Daily Cardinal, articles focus on faculty discipline at the University of Missouri; Wisconsin gubernatorial politics; Quebec separatism; the Maurice Zeitlan case at the University of California - Santa Barbara; a rise in VD; negotiations between Madison teachers and the Board of Education; a campus recital and recent sports coverage.