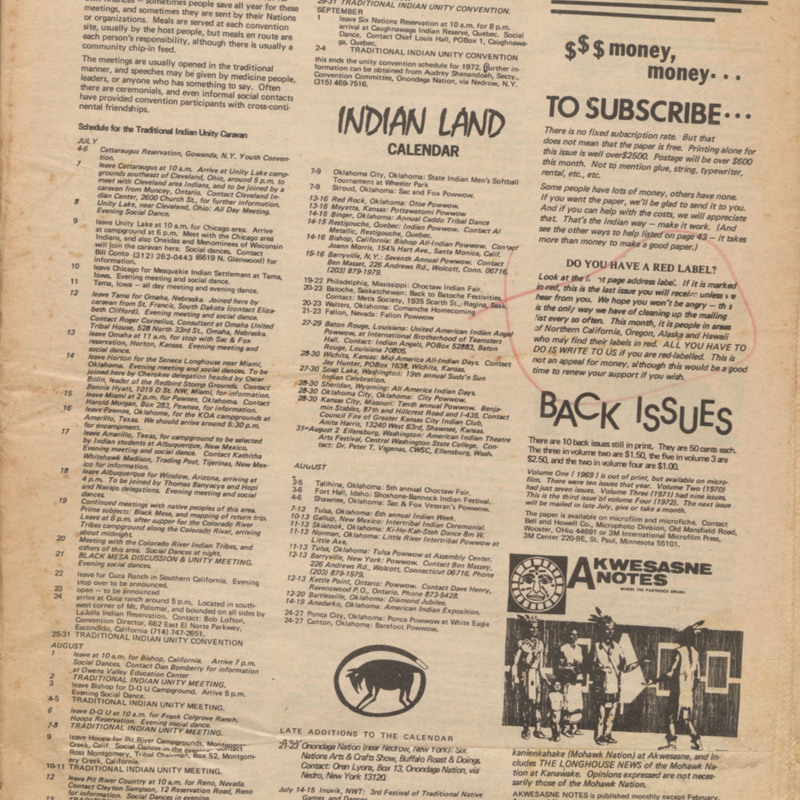 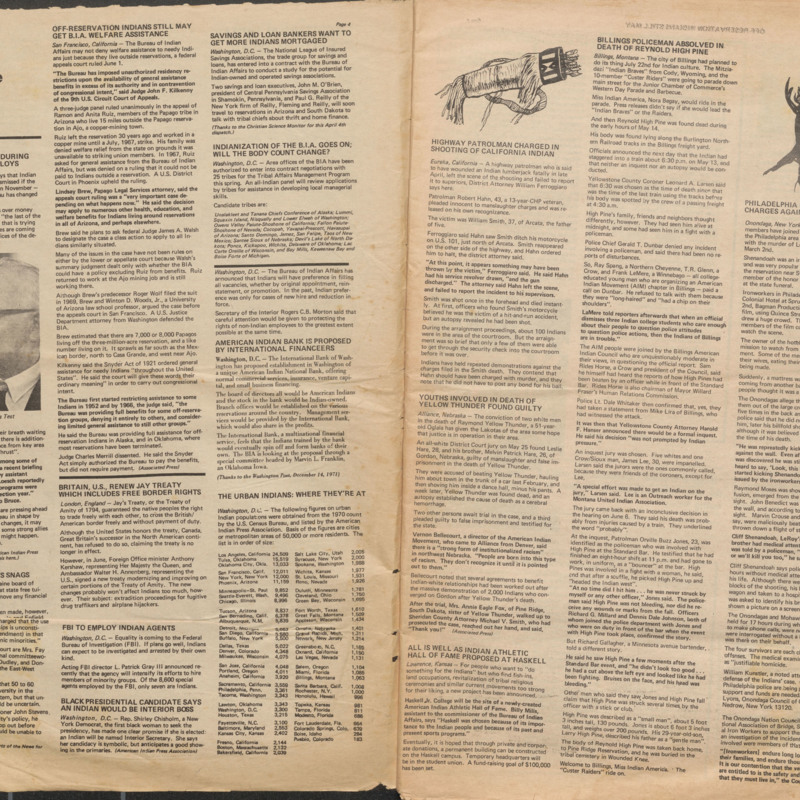 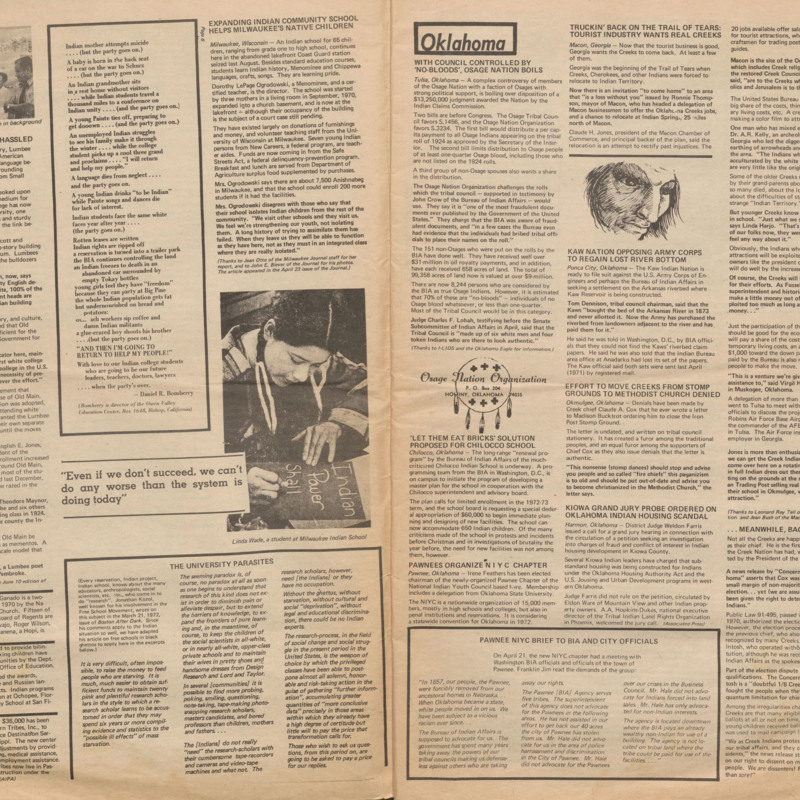 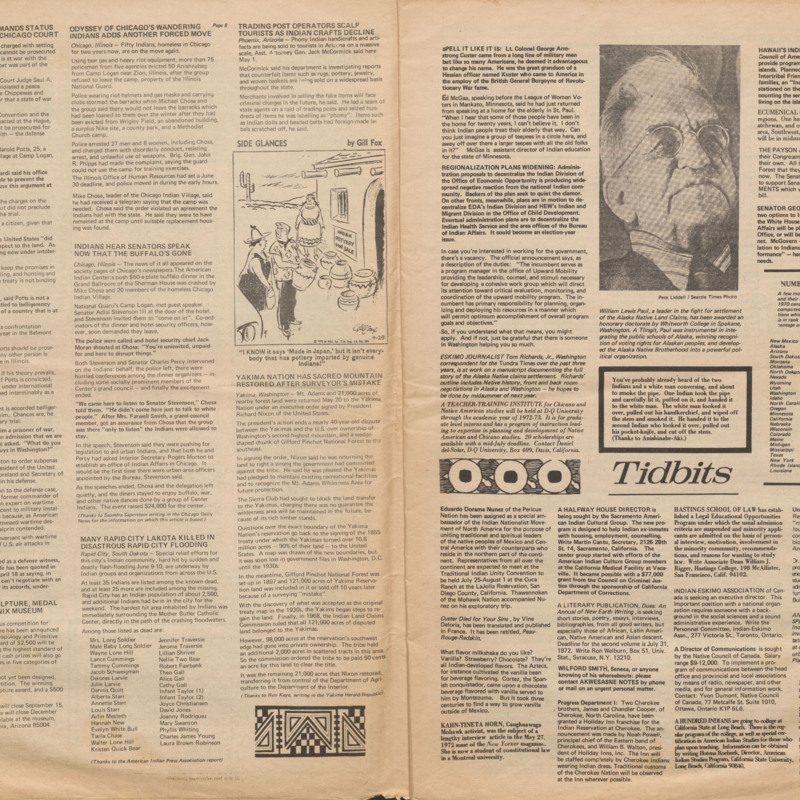 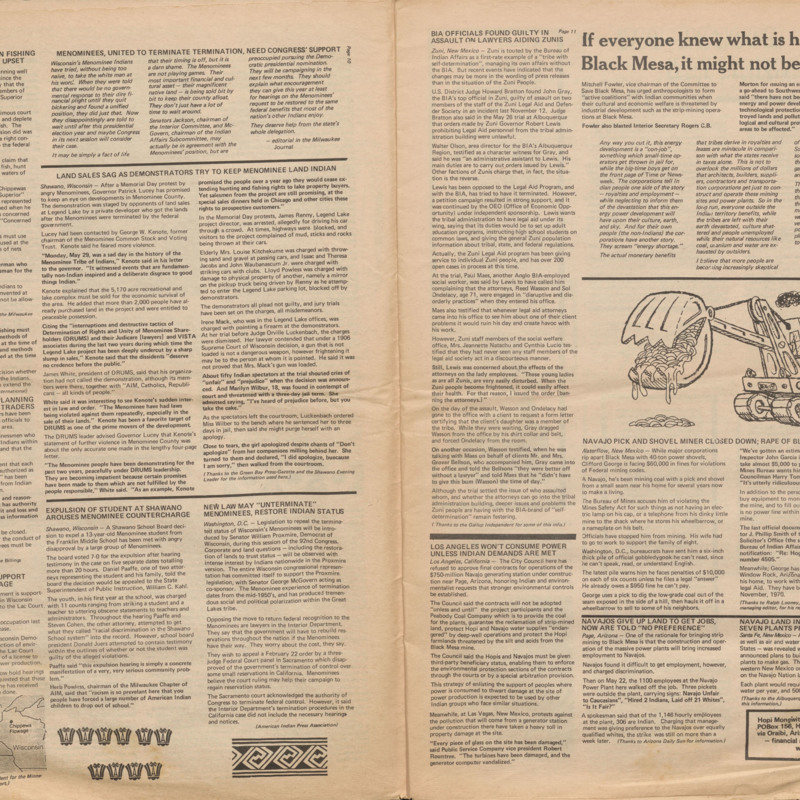 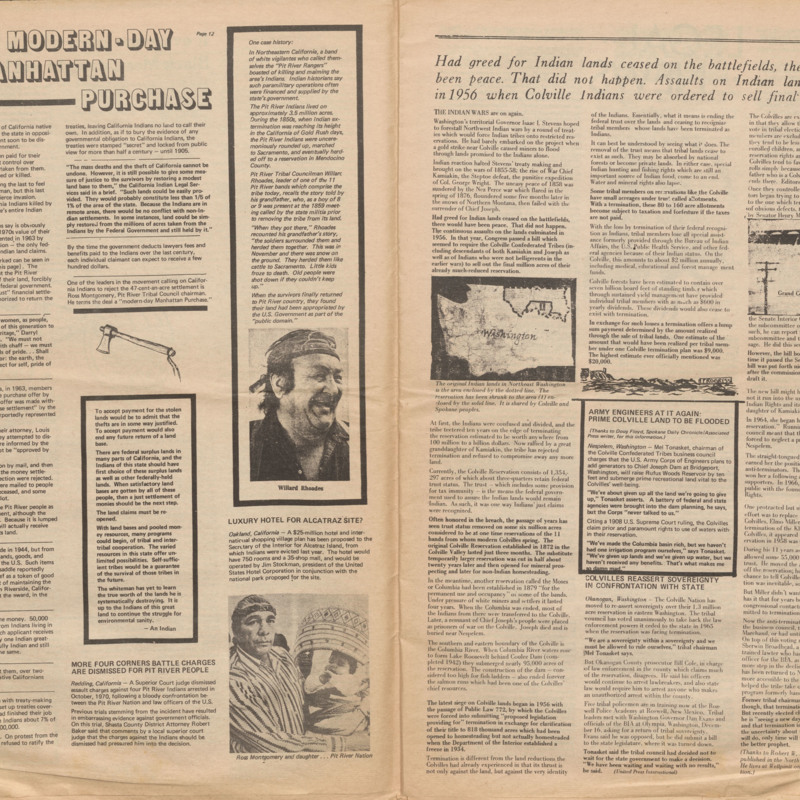 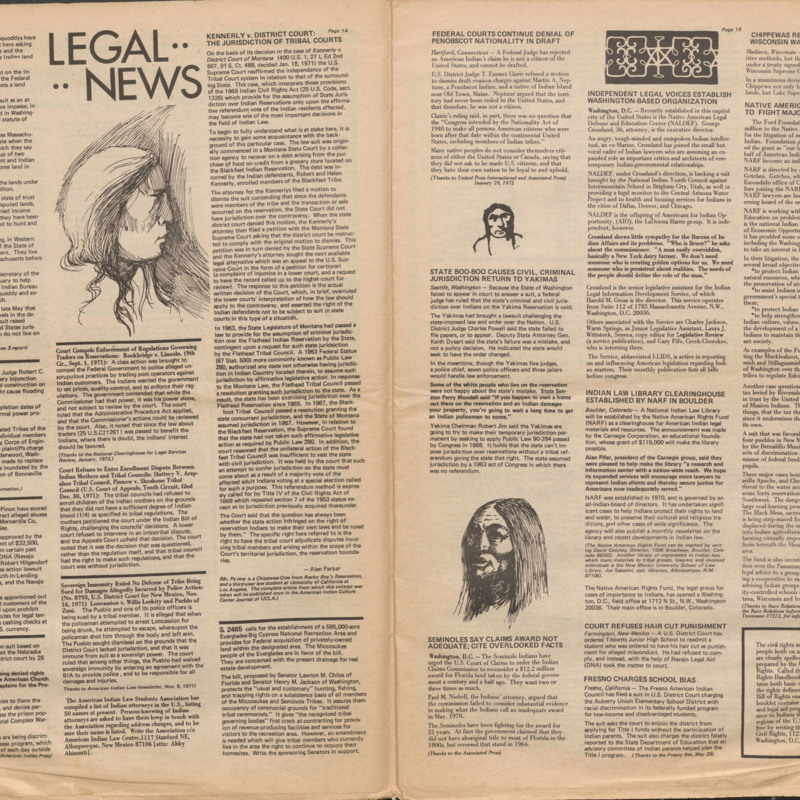 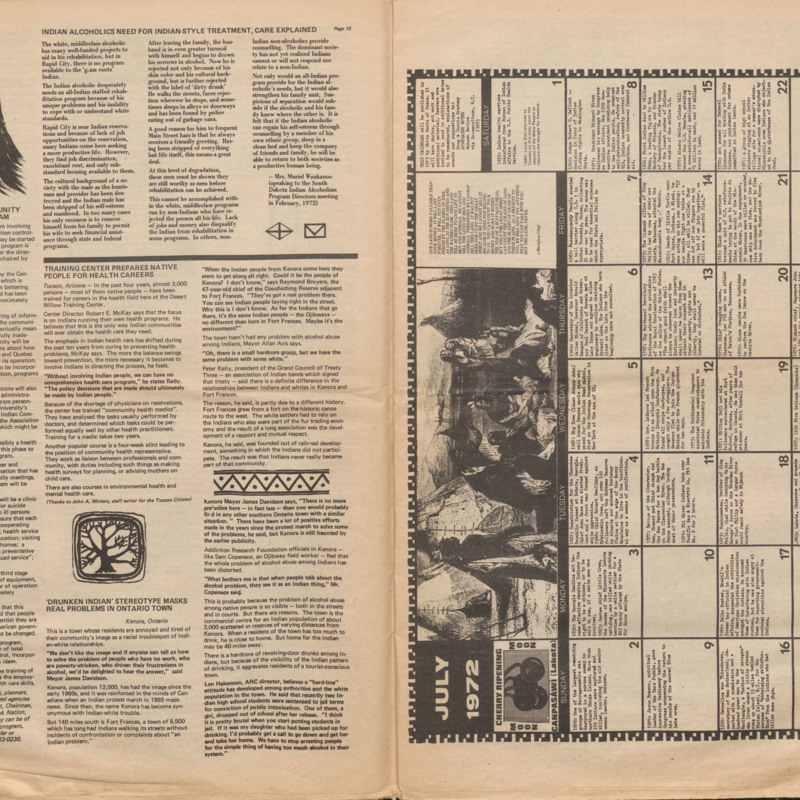 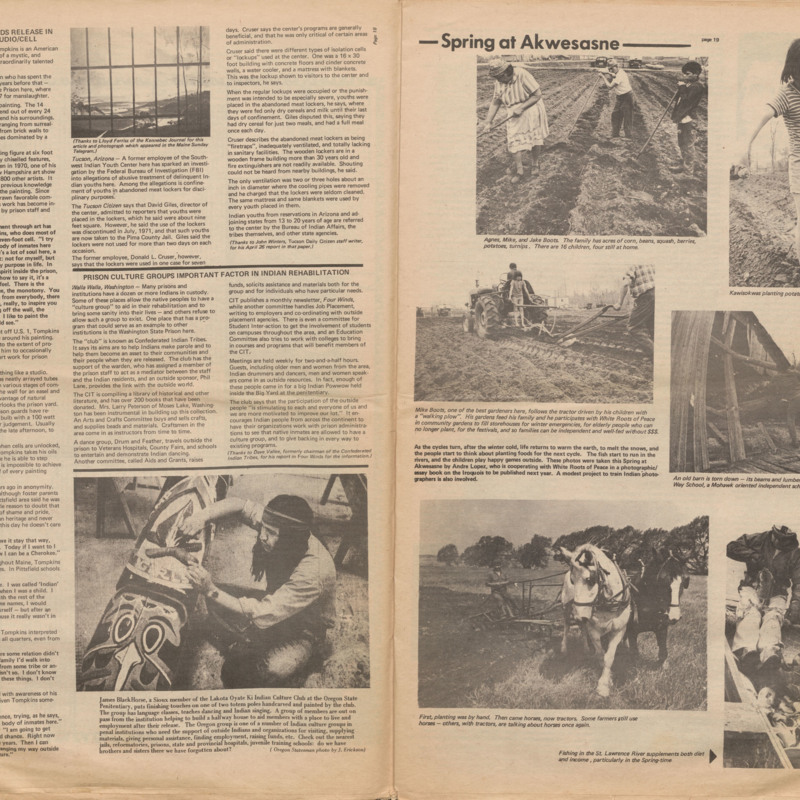 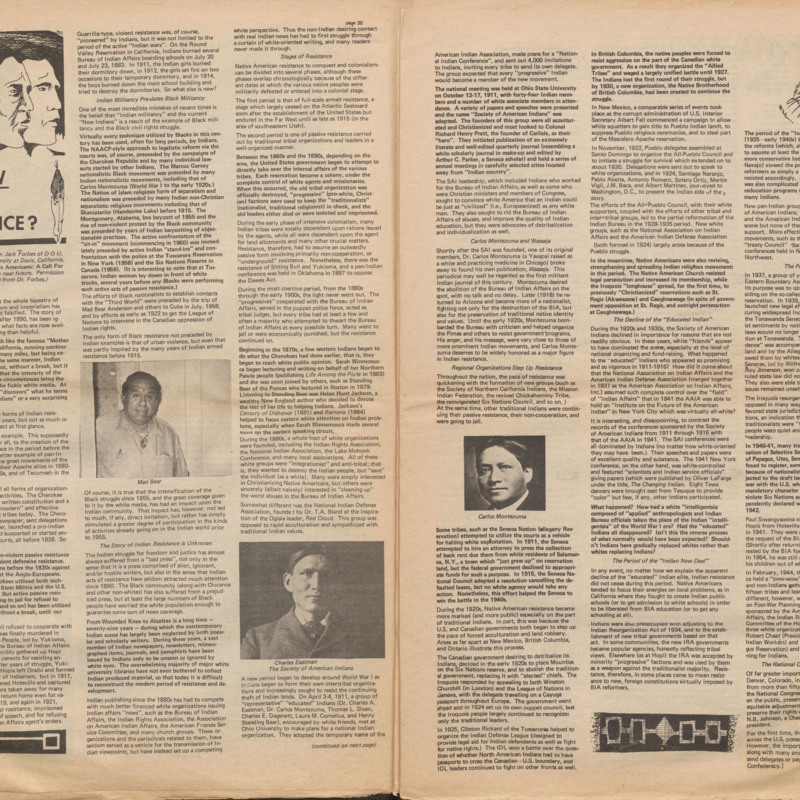 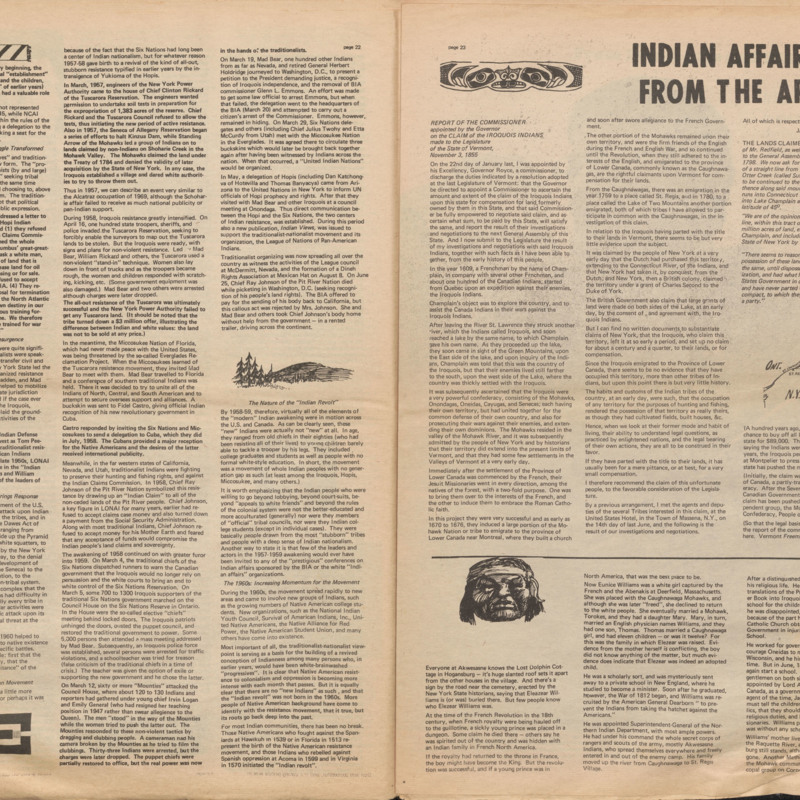 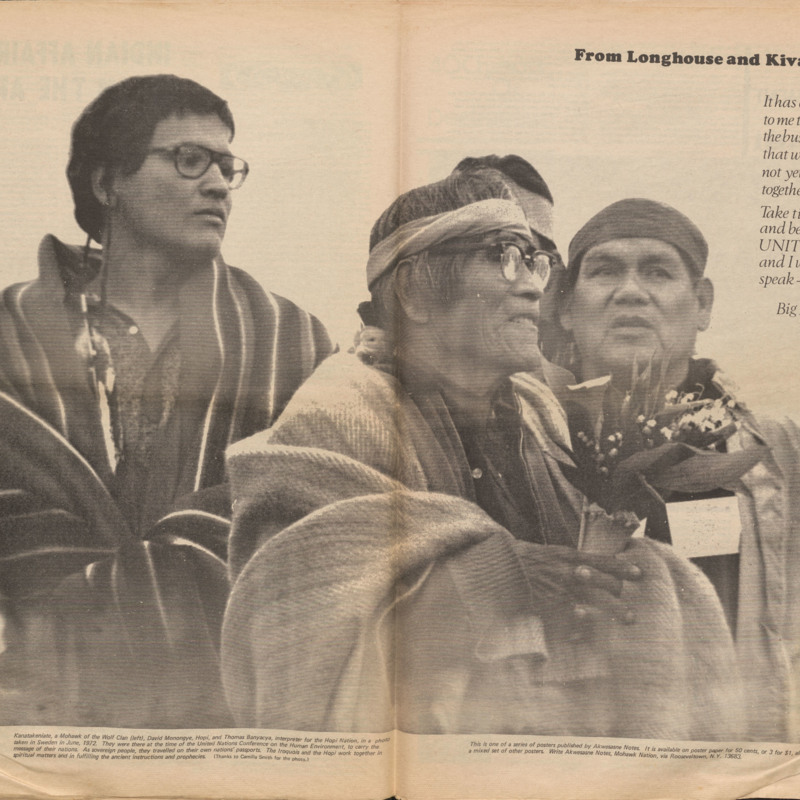 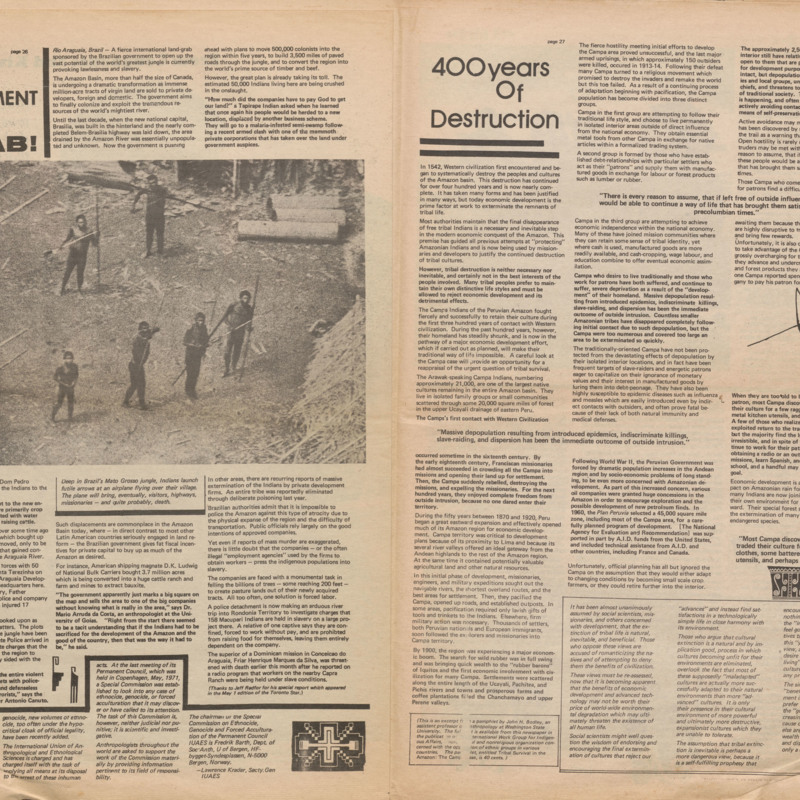 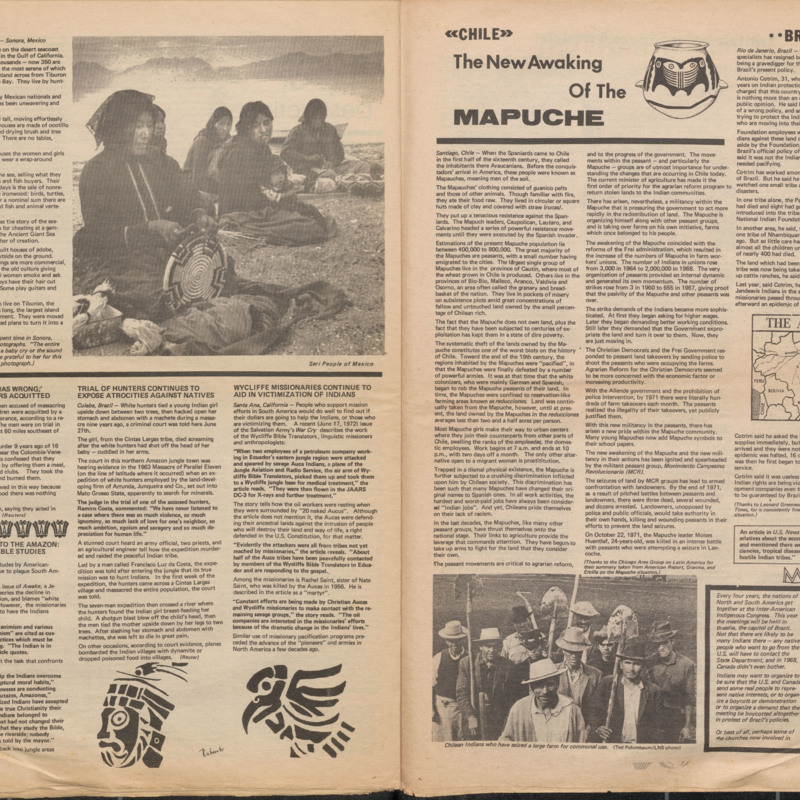 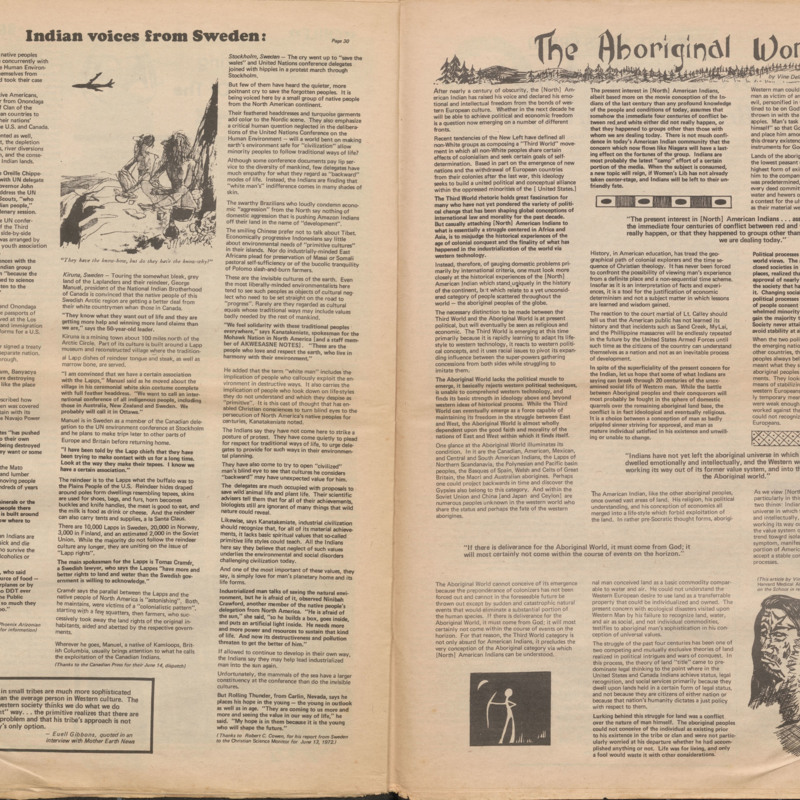 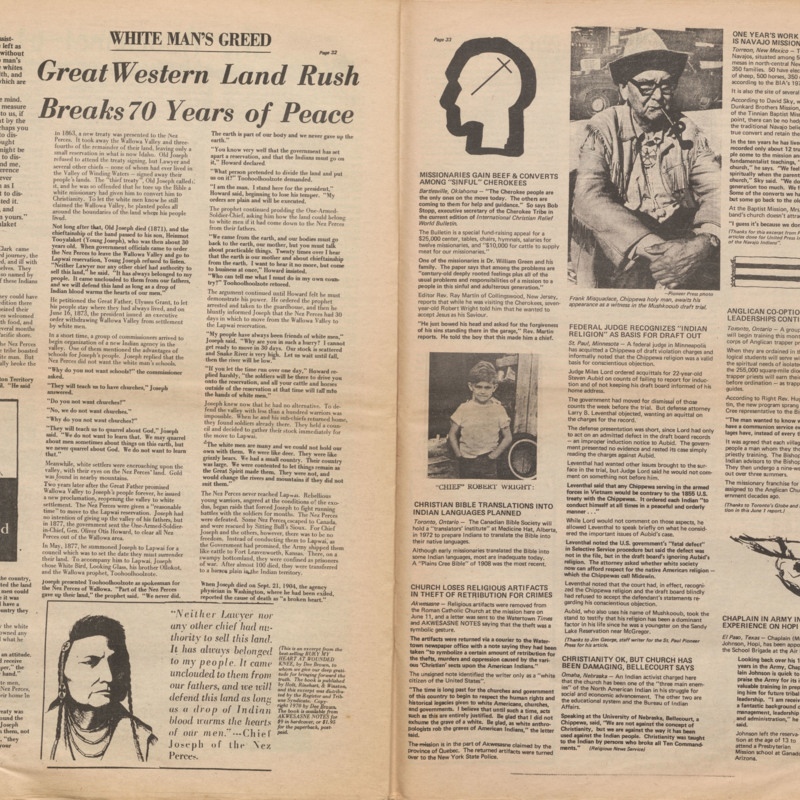 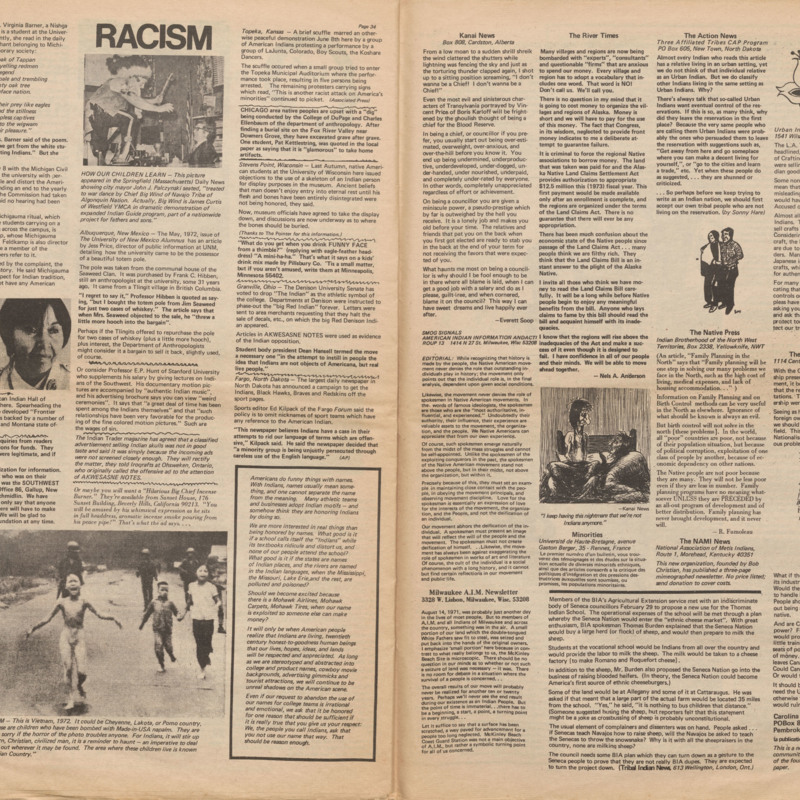 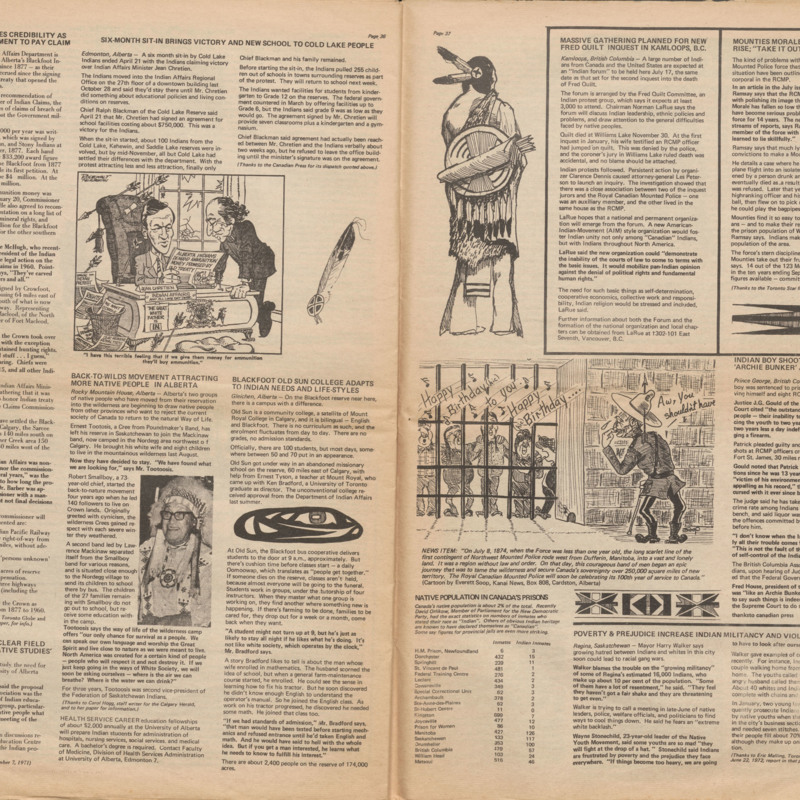 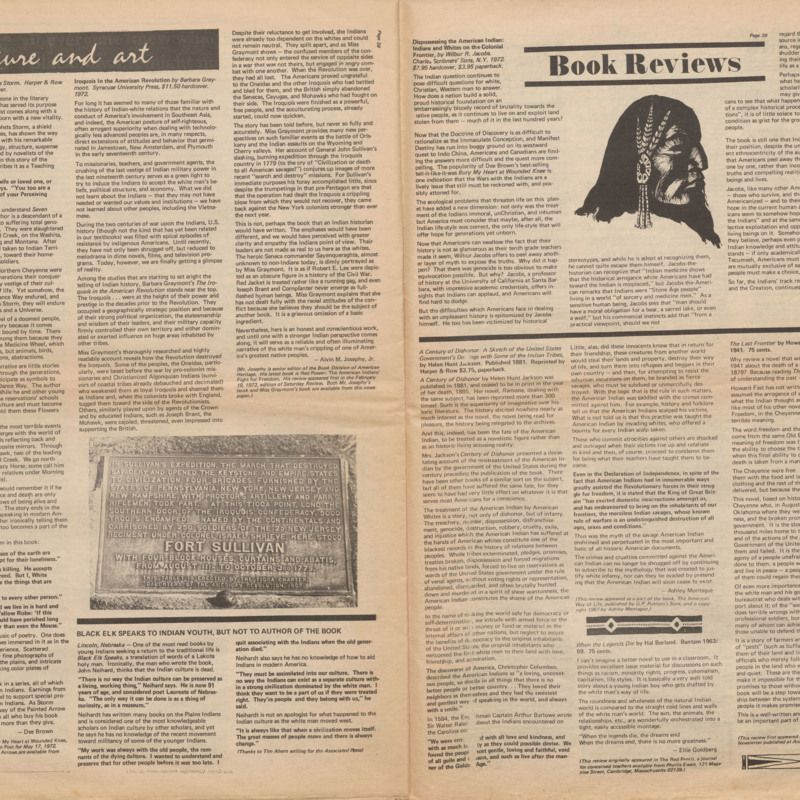 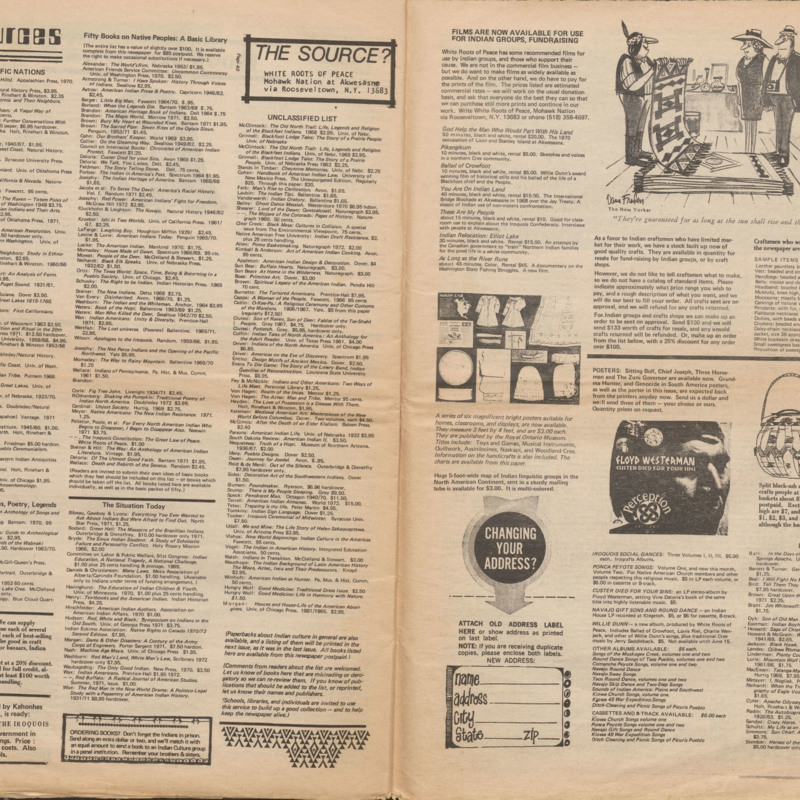 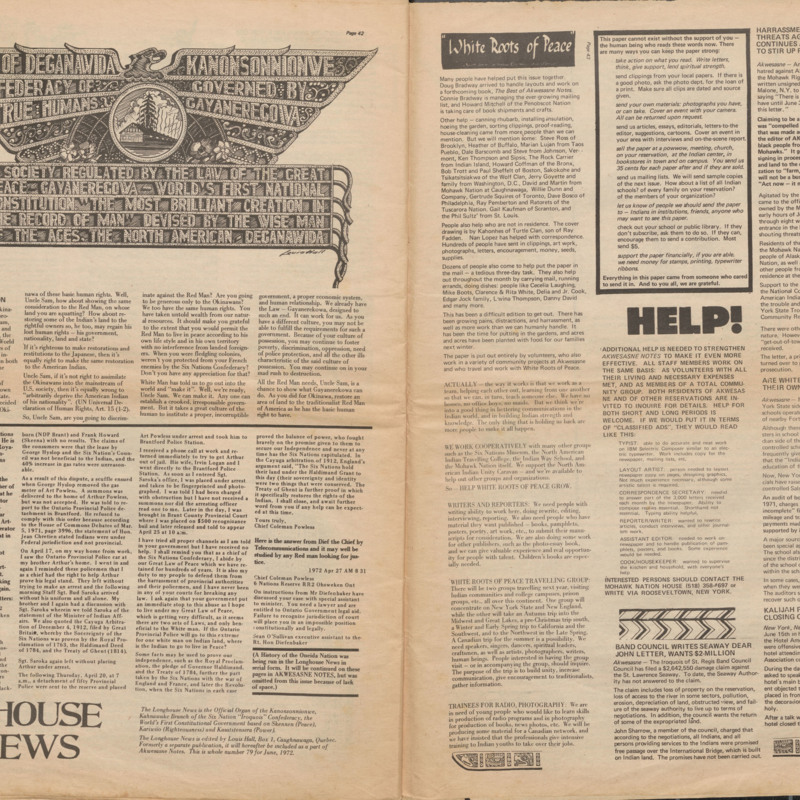 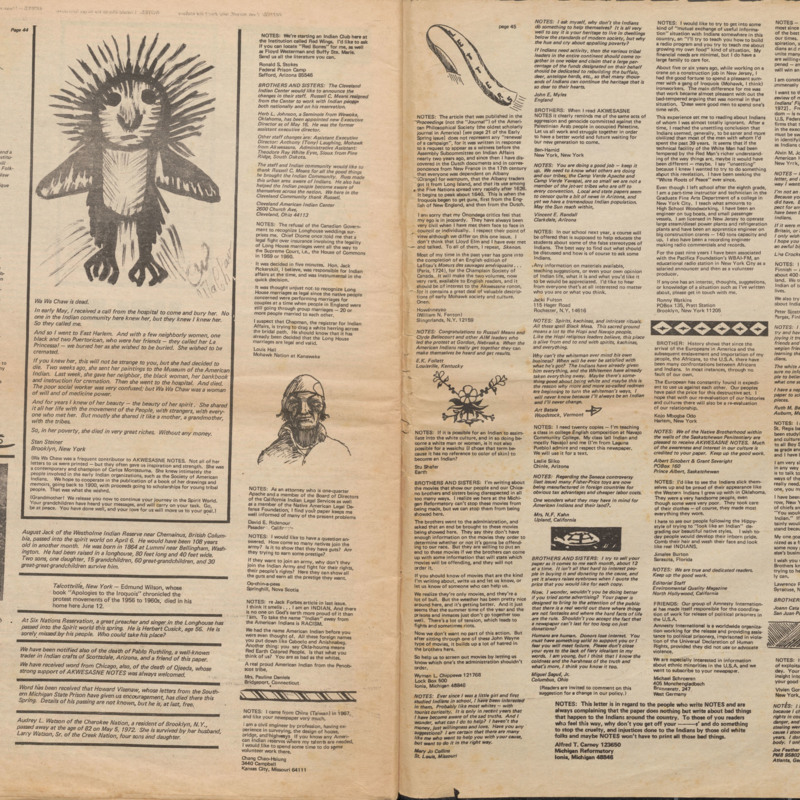 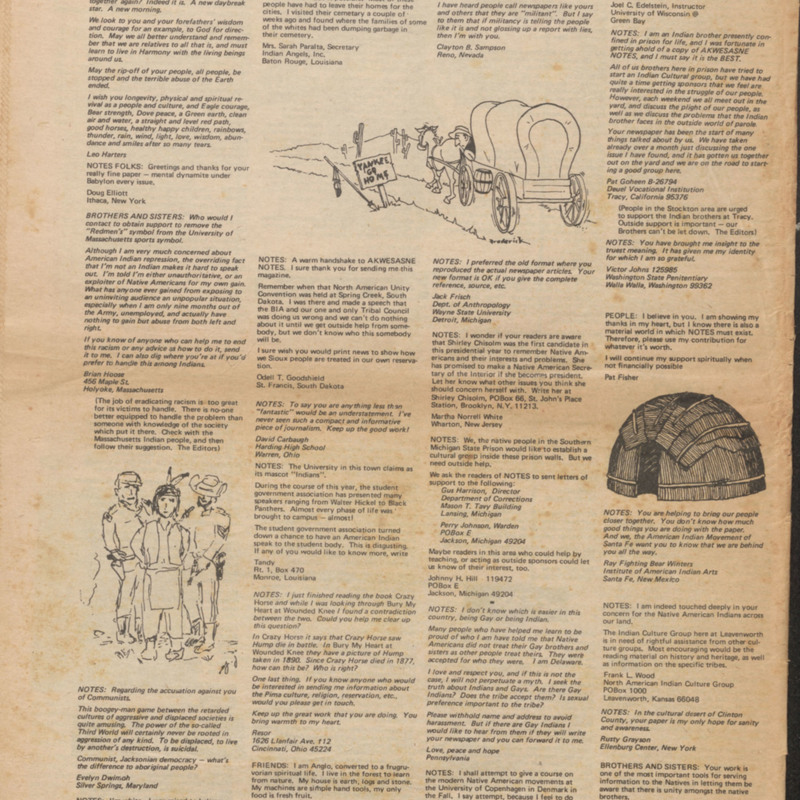 Akwesasne Notes was a newspaper founded in 1969, amid a surge in Native American activism, by Ernest Benedict of the Mohawk Nation at Akwesasne, which straddles the U.S. and Canadian border along the St. Lawrence River. The paper, which continued publication through the mid-1990s, became the largest and most influential Native American newspaper in the world. Editors explained the purpose of the newspaper: "Akwesasne Notes supports the efforts of people to re-investigate their own processes of survival - their culture. We are advocates of social justice processes which focus on reuniting people with their community and their land base, and which attempts to resist the exploitation of land, animal, water, and human beings." (volume 16, number 4)