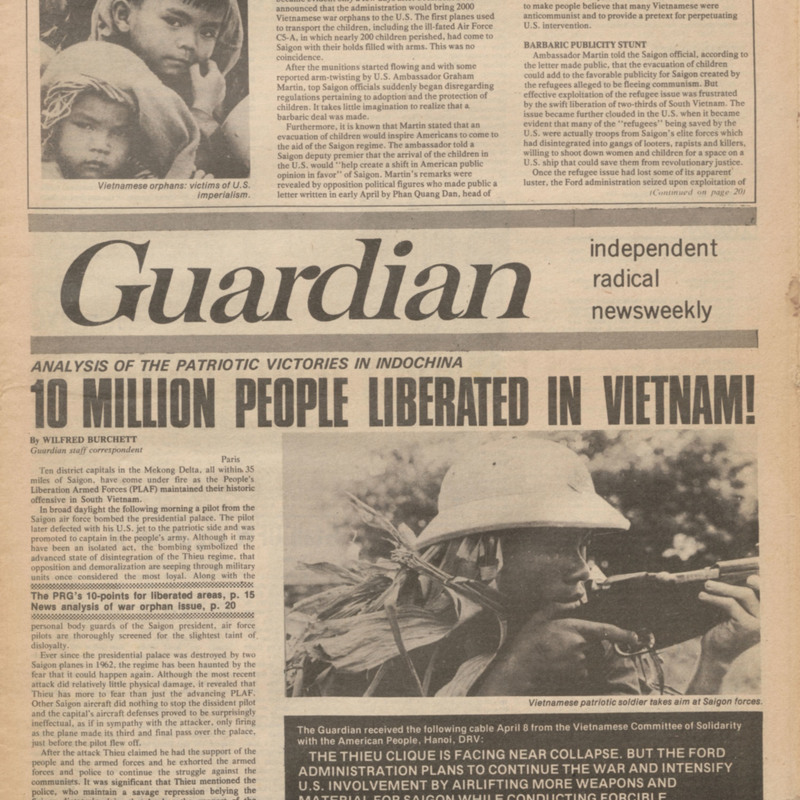 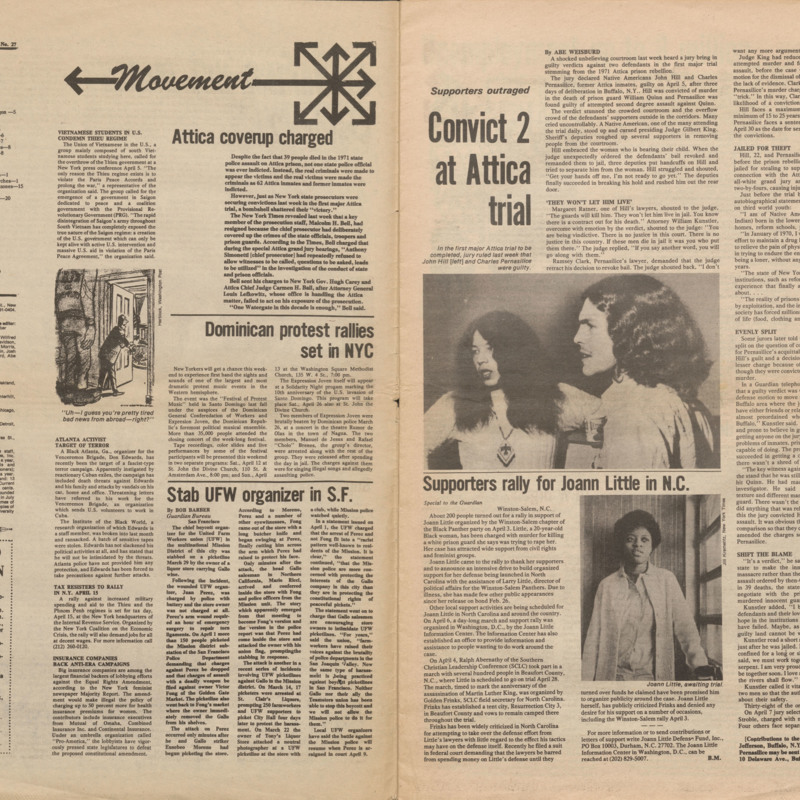 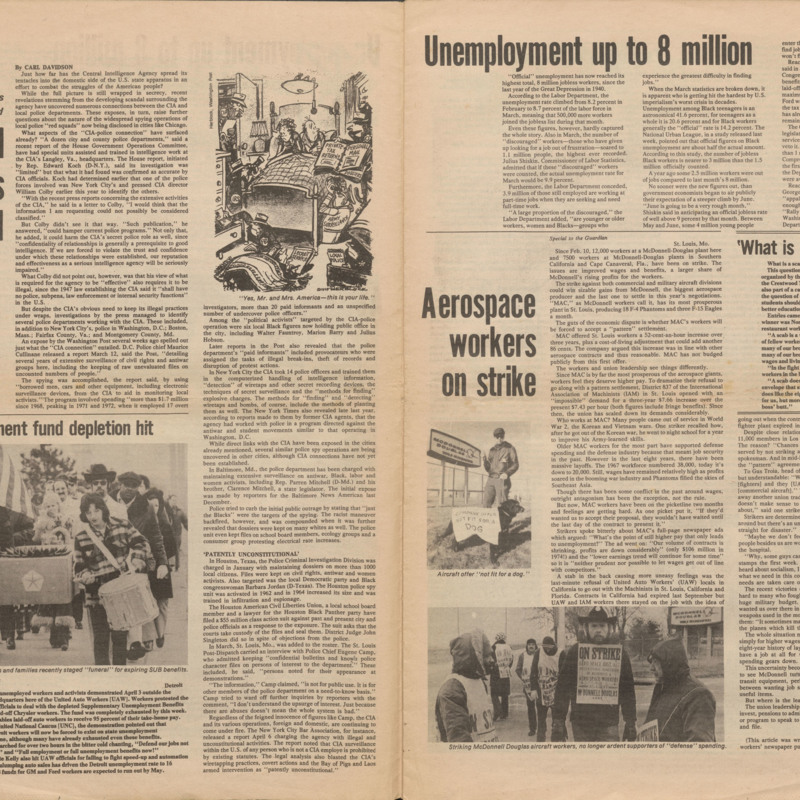 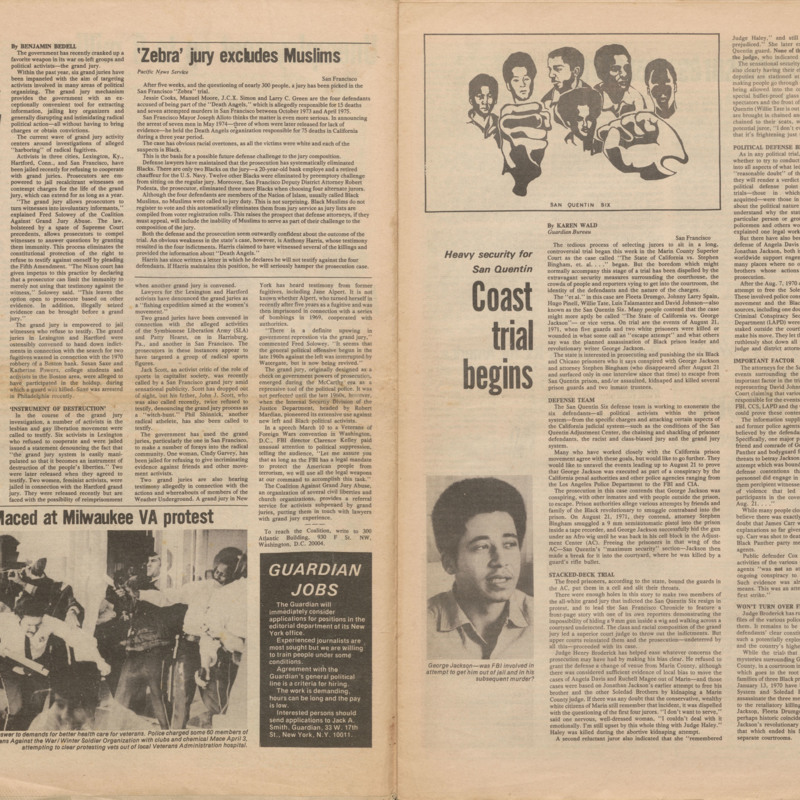 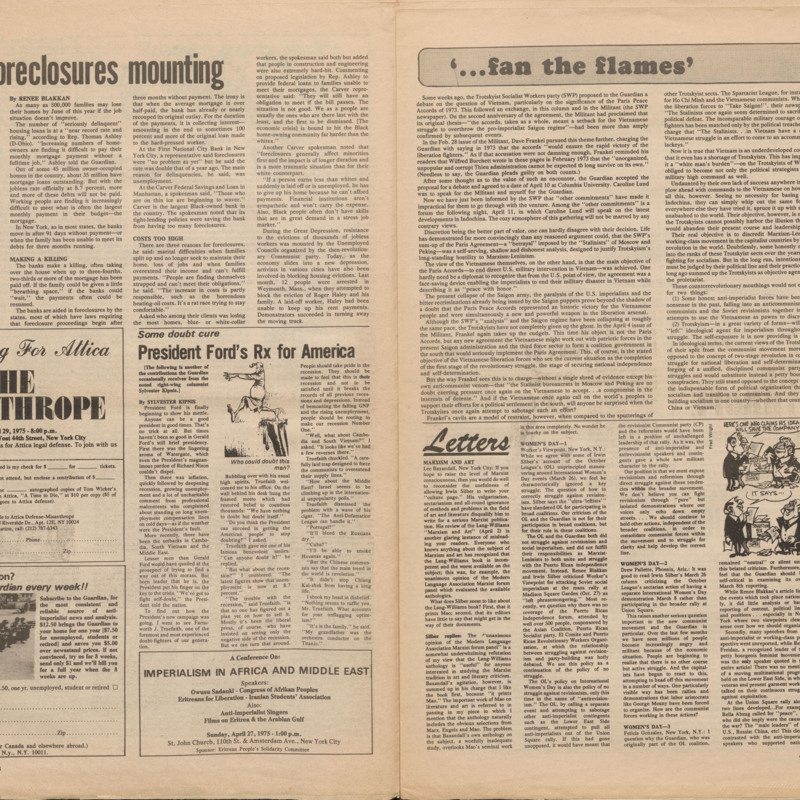 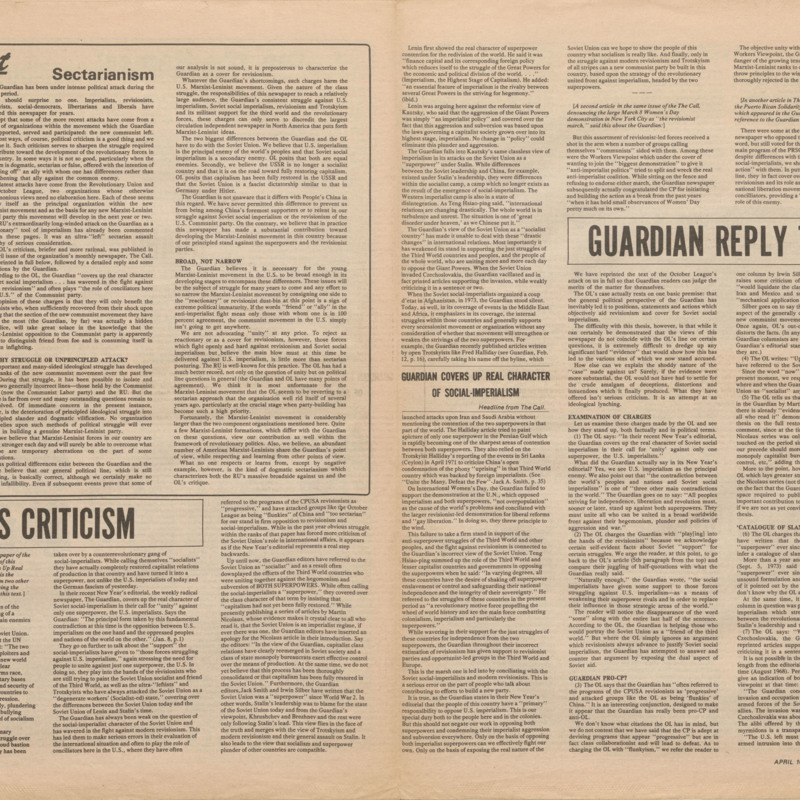 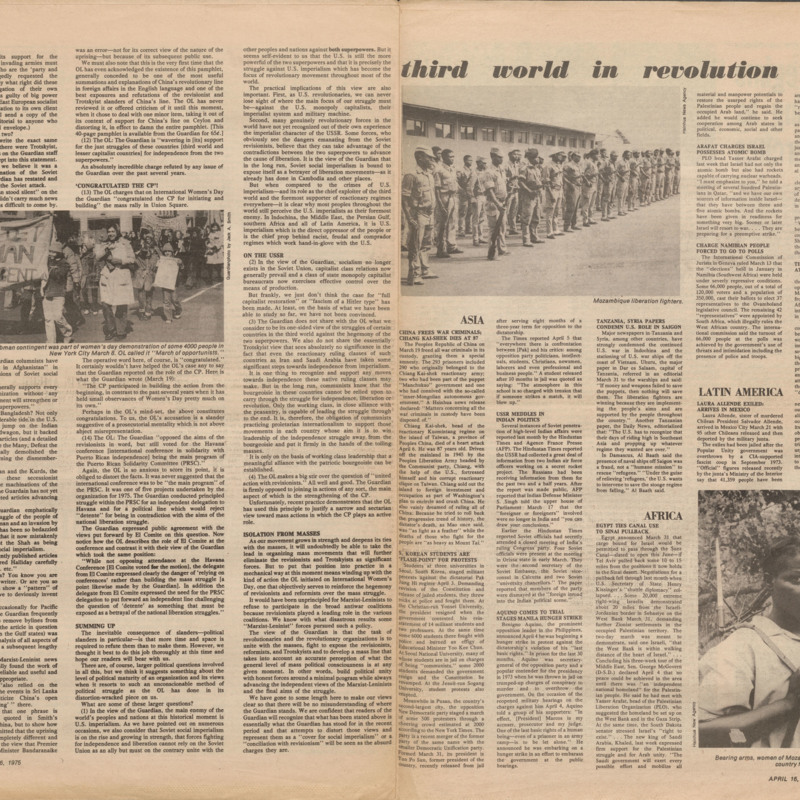 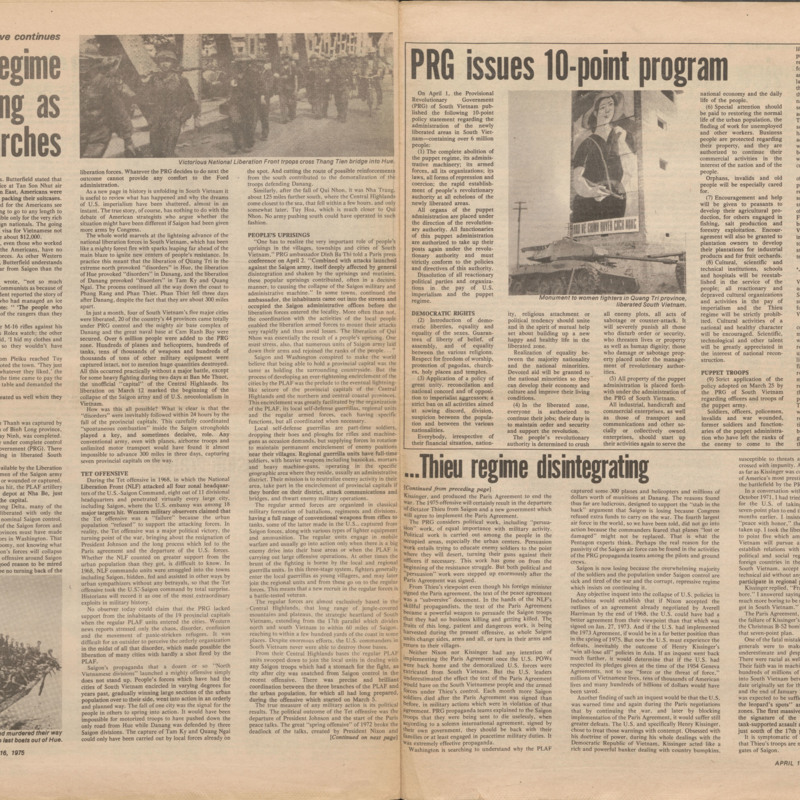 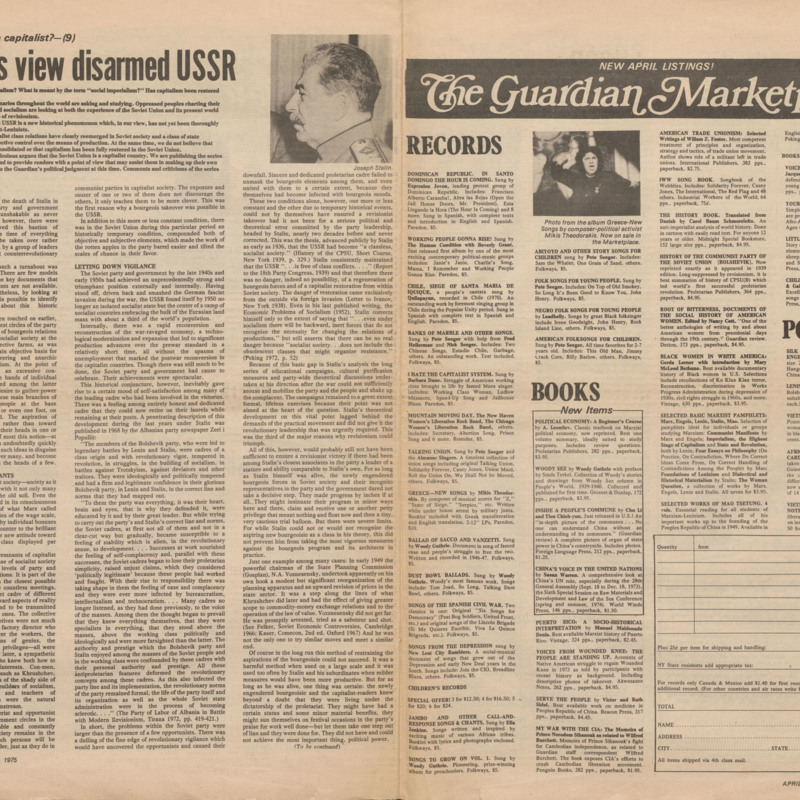 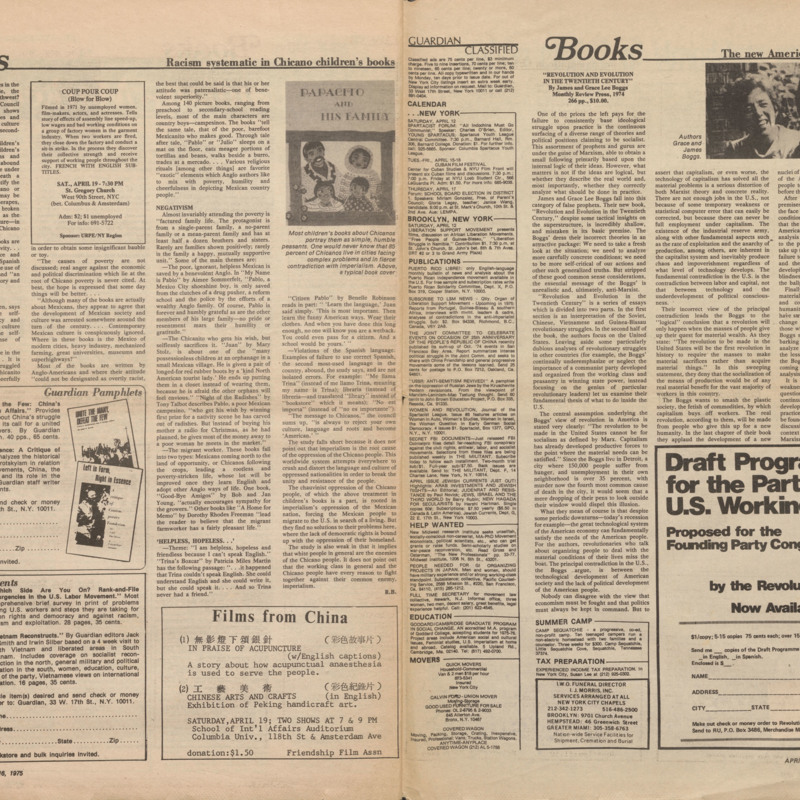 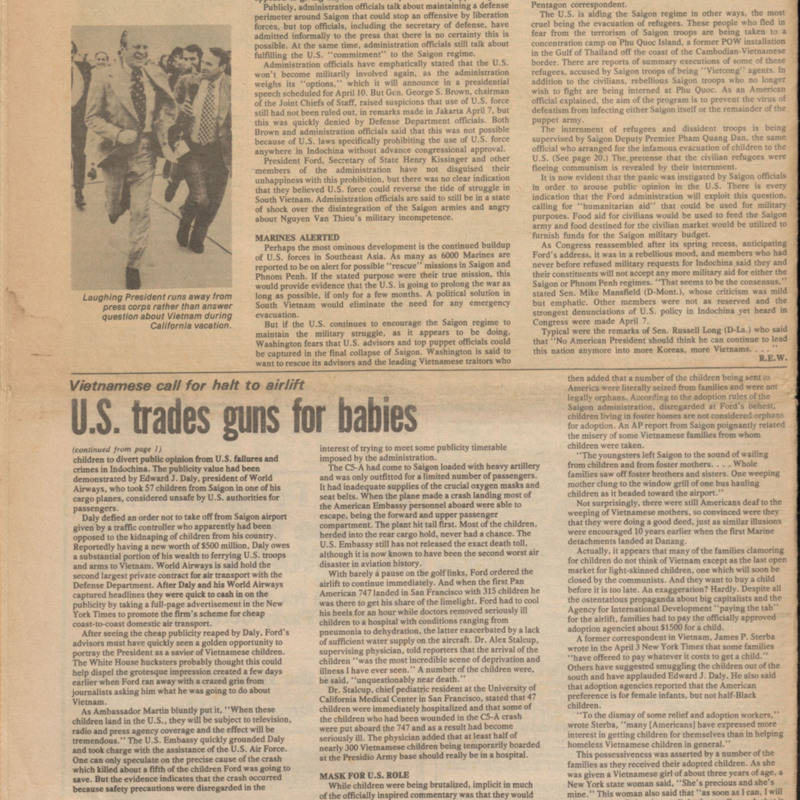 The National Guardian was a radical, left newsweekly published out of New York City from 1948-1992. The paper was established by James Aronson, Cedric Belfrage, who were committed activists for the Progressive Party and Henry Wallace presidential campaign, as well as John McManus and Josiah Gitt, both liberal newspaper men, though Gitt quickly dropped out. In addition to the Progressive Party, the newspaper also held ties with American communists and the labor movement. The Cold War took a toll on the newspaper, with the decline of the Progressive Party and the rise of McCarthyism in the U.S. During the post-WWII era, the newspaper focused coverage on opposition to the Cold War and militarism, support for emerging anti-colonial struggles around the world, defense of those targeted by McCarthyism, advocacy for the black freedom movement. The newspaper continued to hold a cozy relationship with the Communist Party U.S.A., though it did break with the group over some issues, particularly support for independent political action beyond party control. The 1960s-era brought a new period of political rancor within the editorial ranks of the newspaper. In the end, the periodical changed leadership and renamed itself The Guardian. The Guardian took an increasingly Maoist line, supporting armed struggles against colonialism. During this period, the newspaper attempted to forge ties with SDS and SNCC, writing that "The duty of a radical newspaper is to build a radical movement.” "We are movement people acting as journalists," the Guardian′s staff now proudly declared. In 1970, further ideological fracture lead to the creation of a short-lived rival publication, The Liberated Guardian. In the later-1970s, a more hard-line Marxist-Leninist ideology eroded the newspaper’s reputation for investigative journalism. Readership and support for the newspaper declined through the 1980s and the paper ceased publication in 1992.