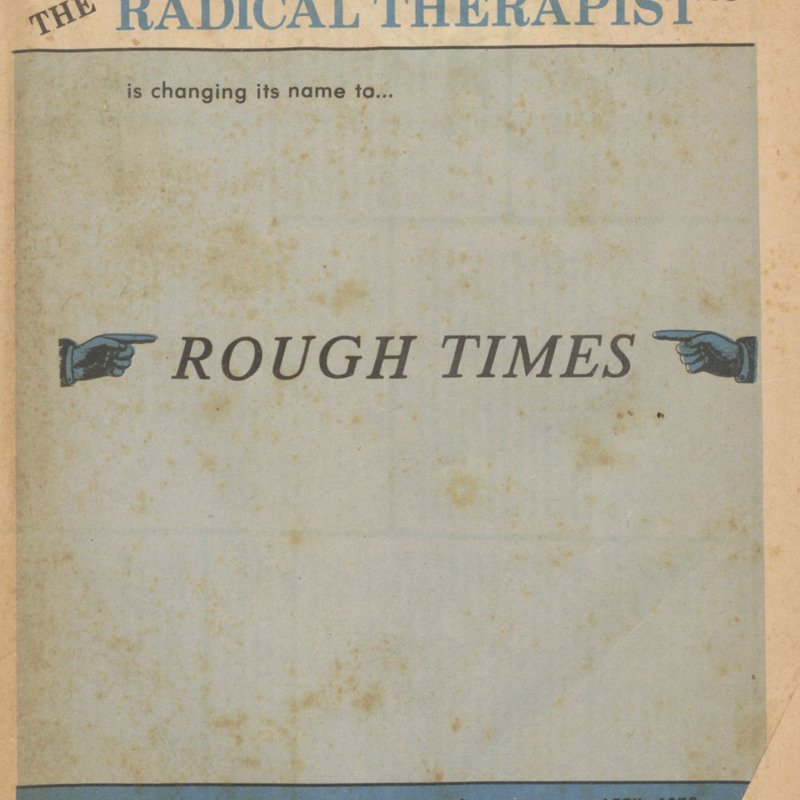 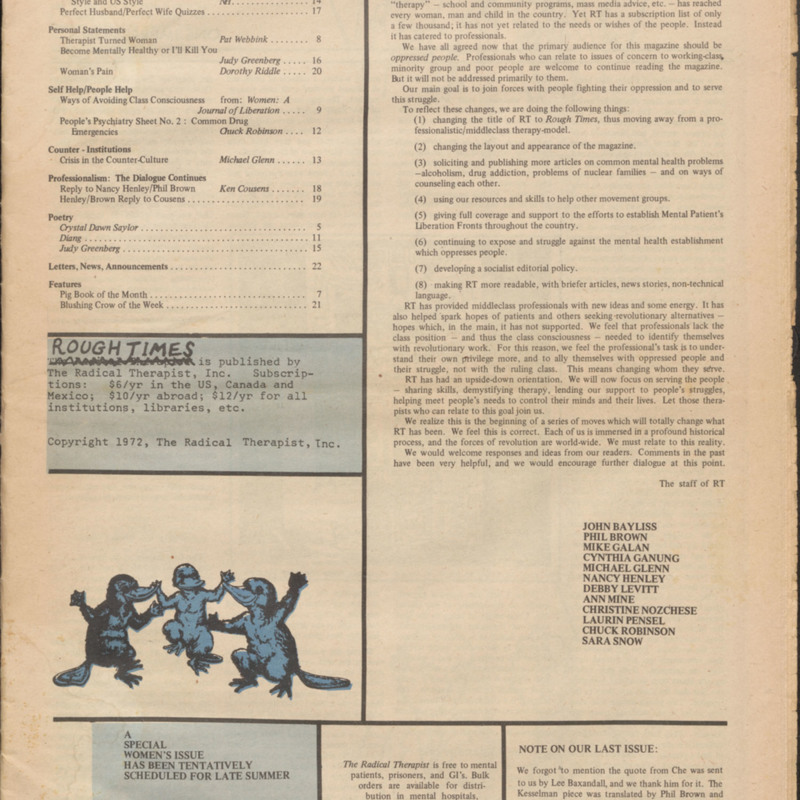 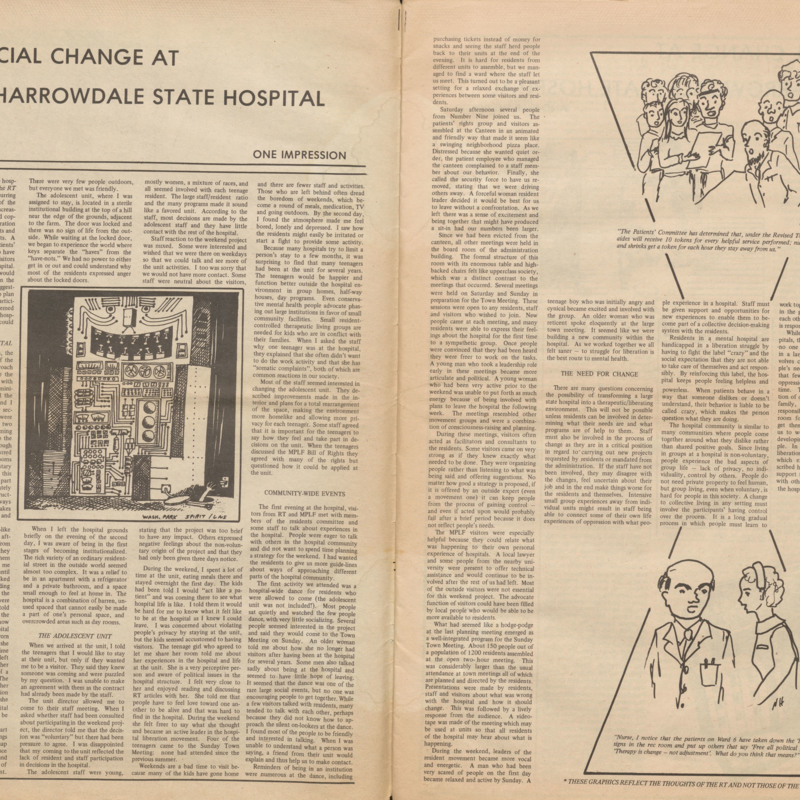 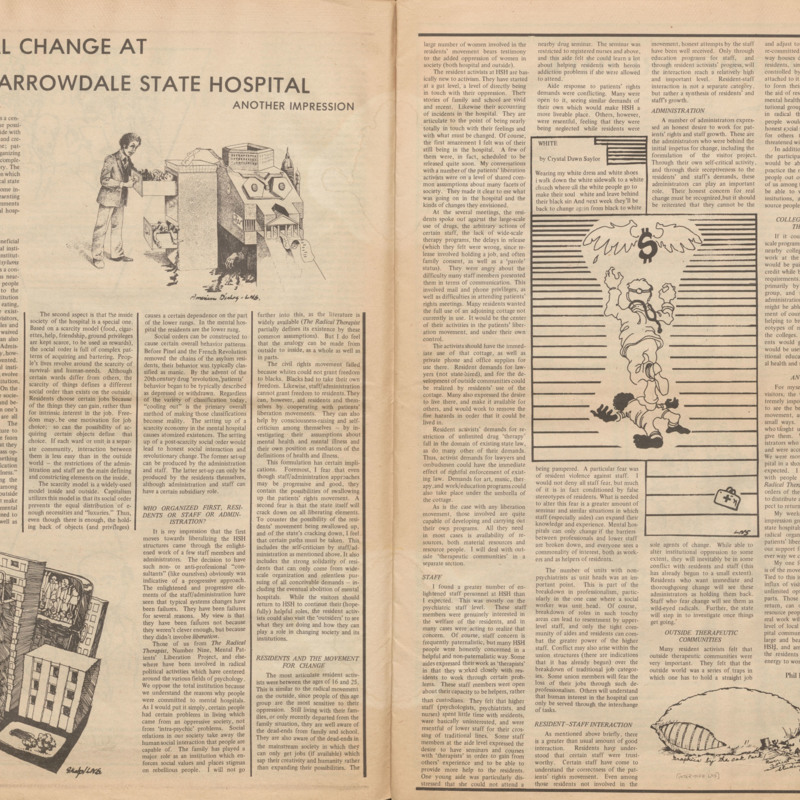 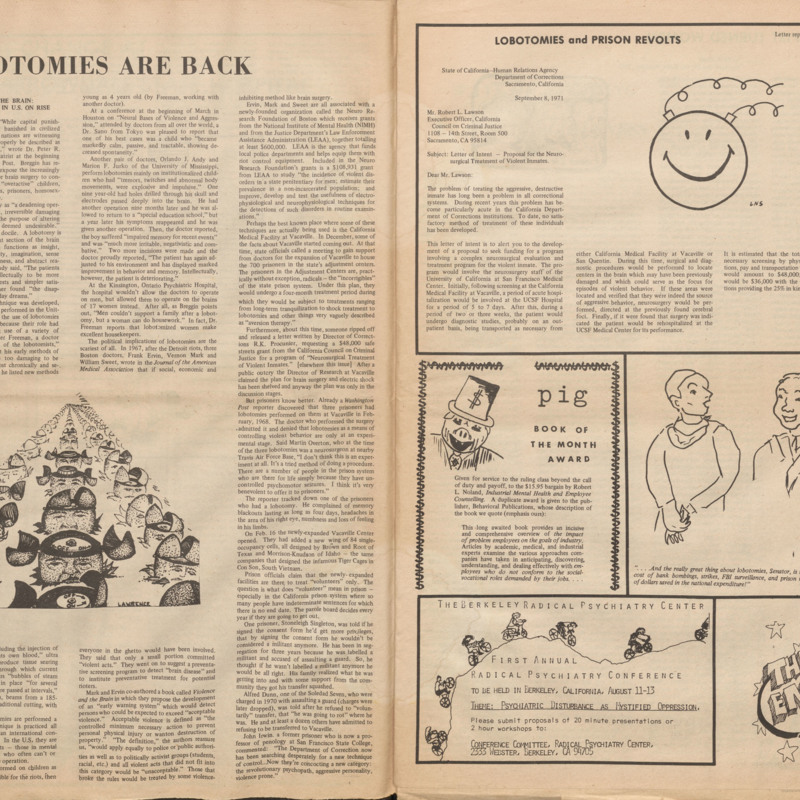 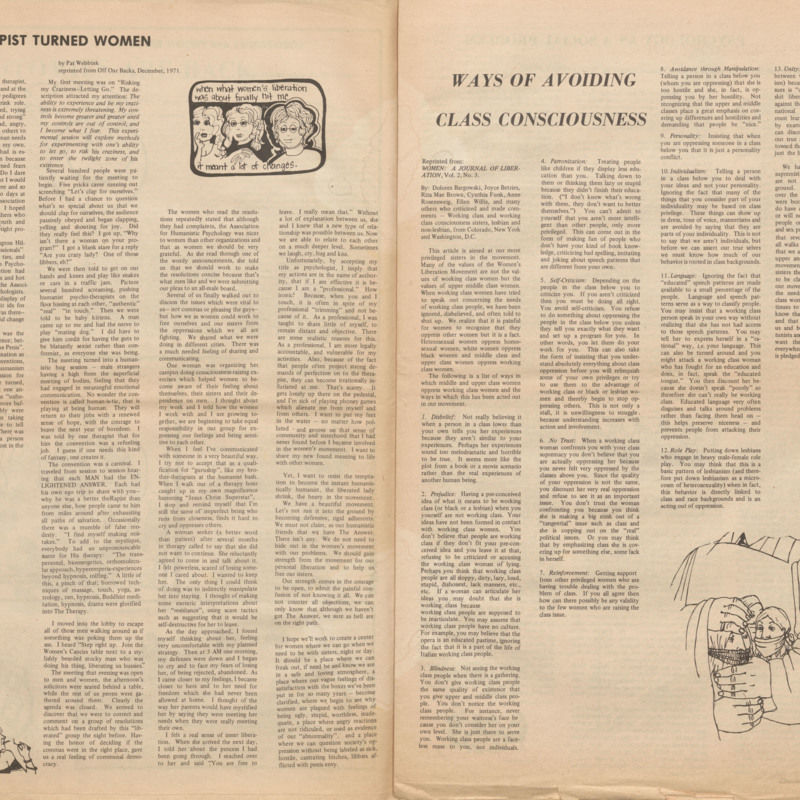 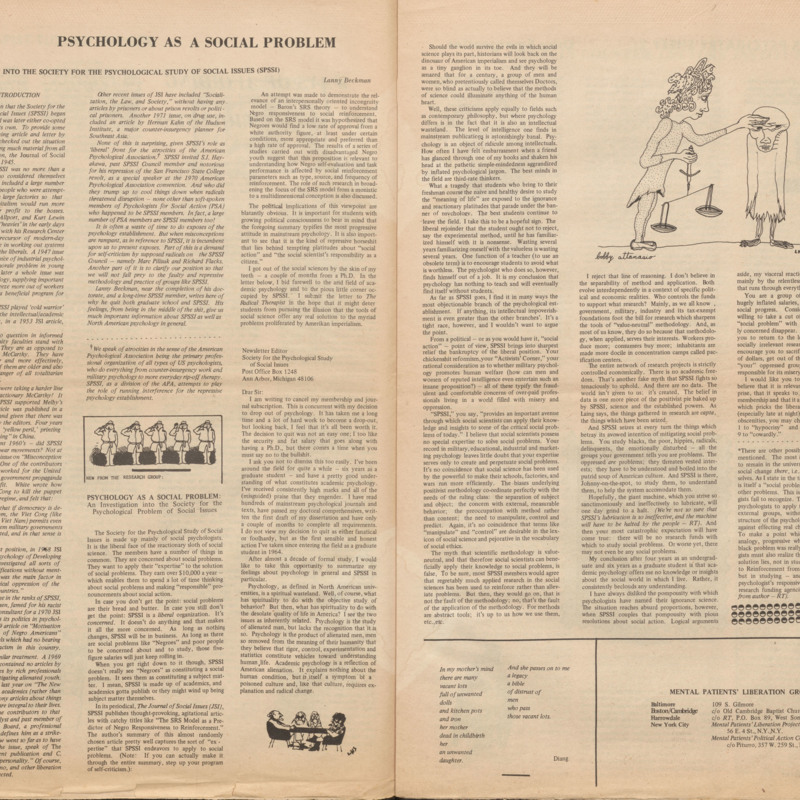 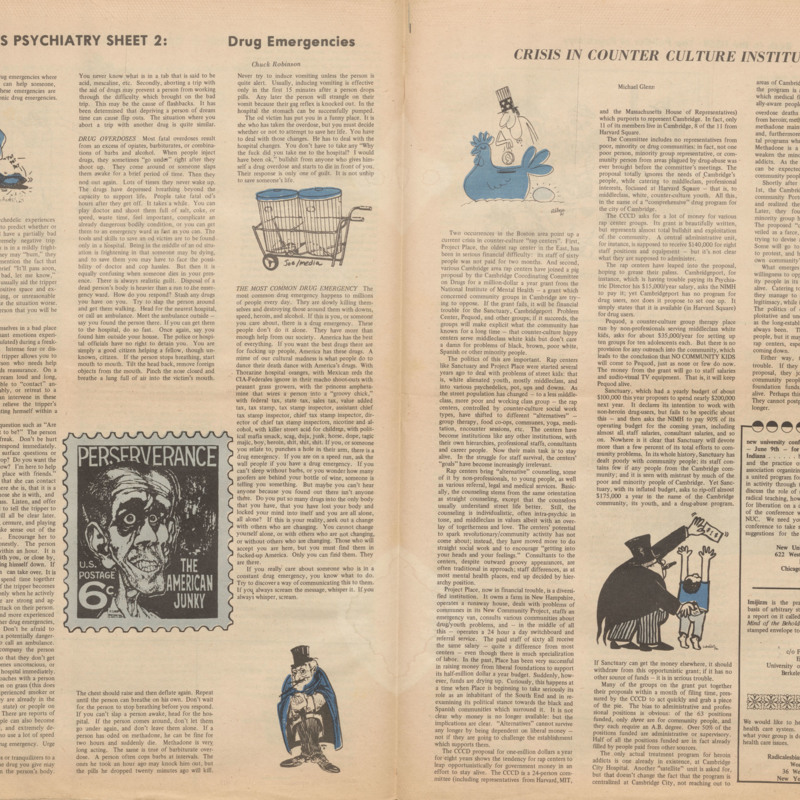 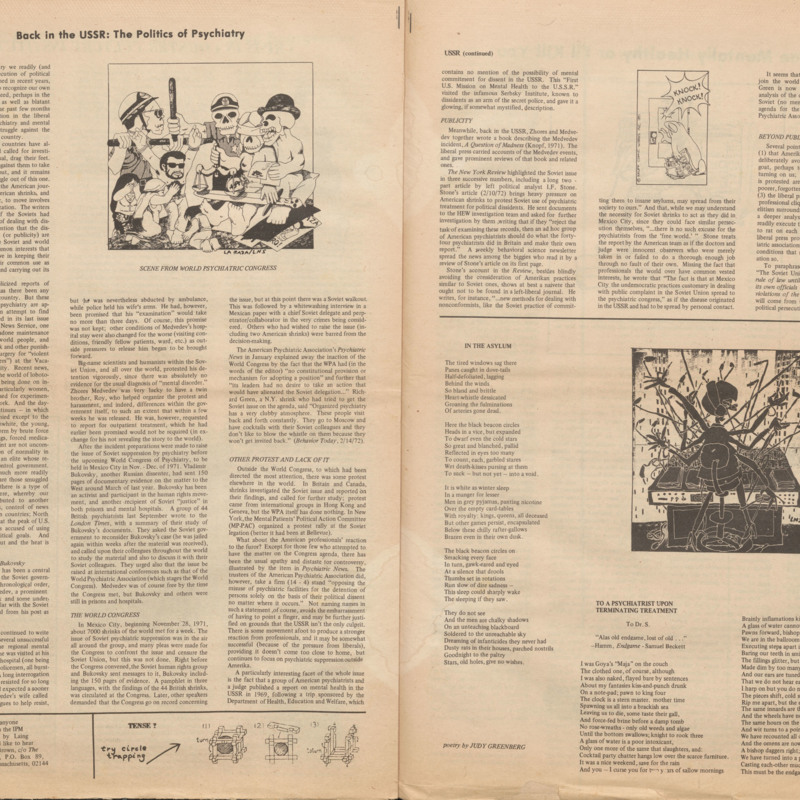 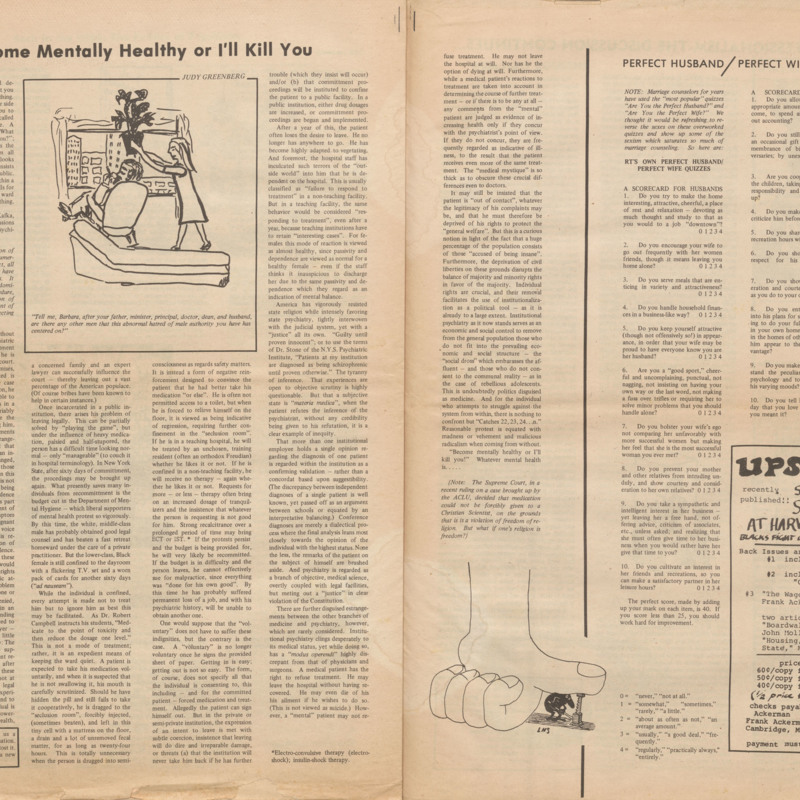 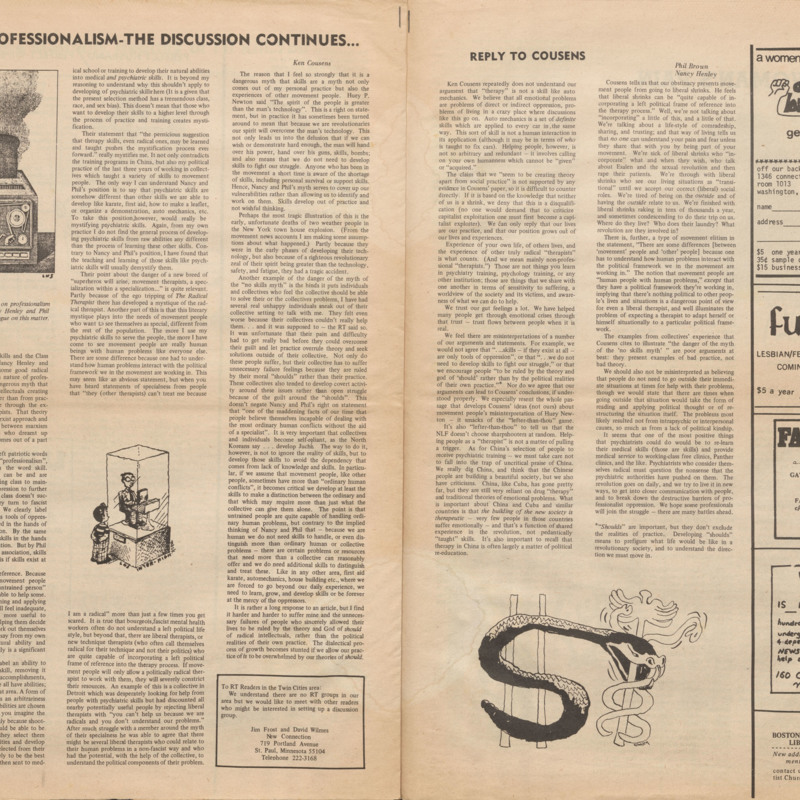 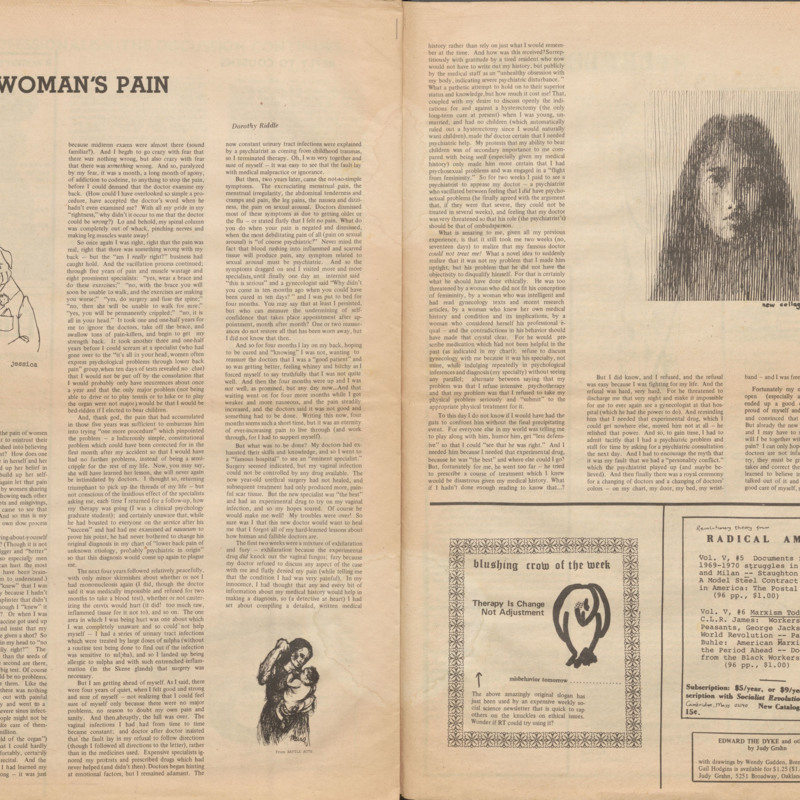 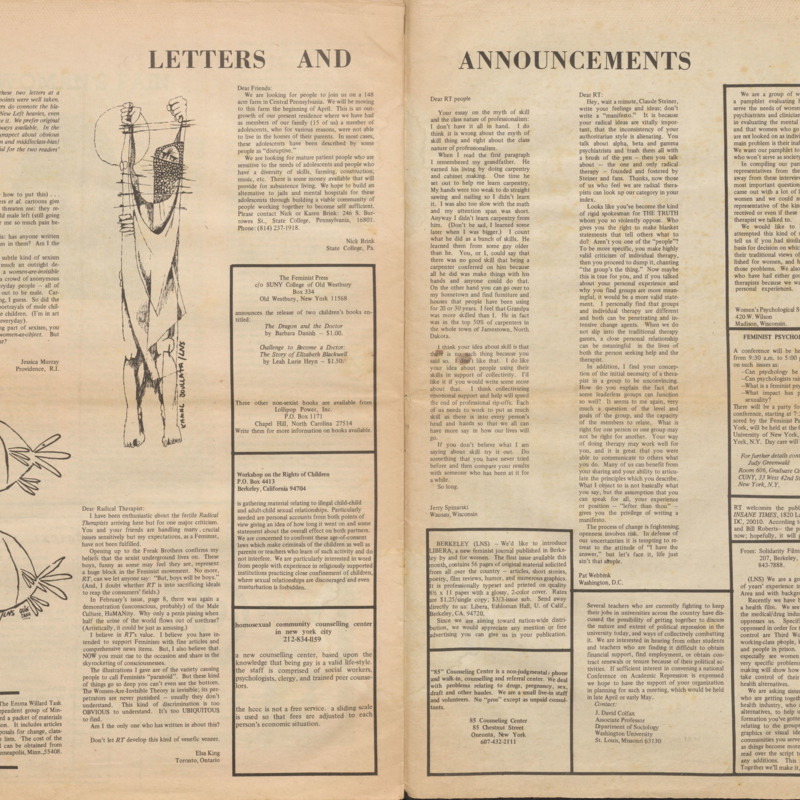 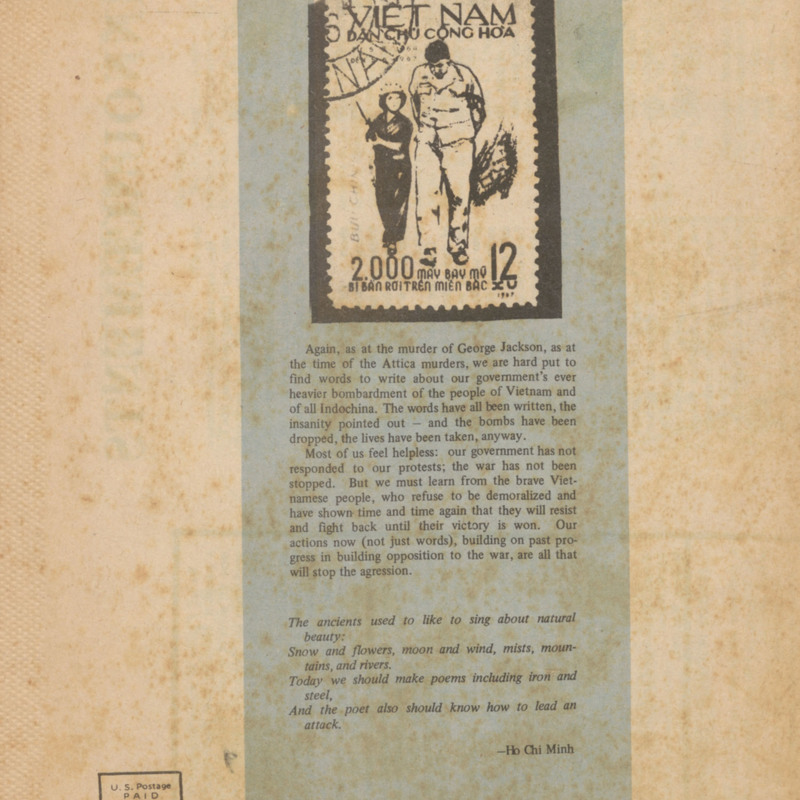 This issue includes an editorial on the name change, as well as articles on Harrowdale State Hospital; lobotomies; the Society for the Psychological Study of Social Issues; Soviet Union vs. U.S. psychiatry; the perfect husband/wife; female therapists; women’s pain; class consciousness; common drug emergencies; the counter-culture; professionalism; poetry and letters.