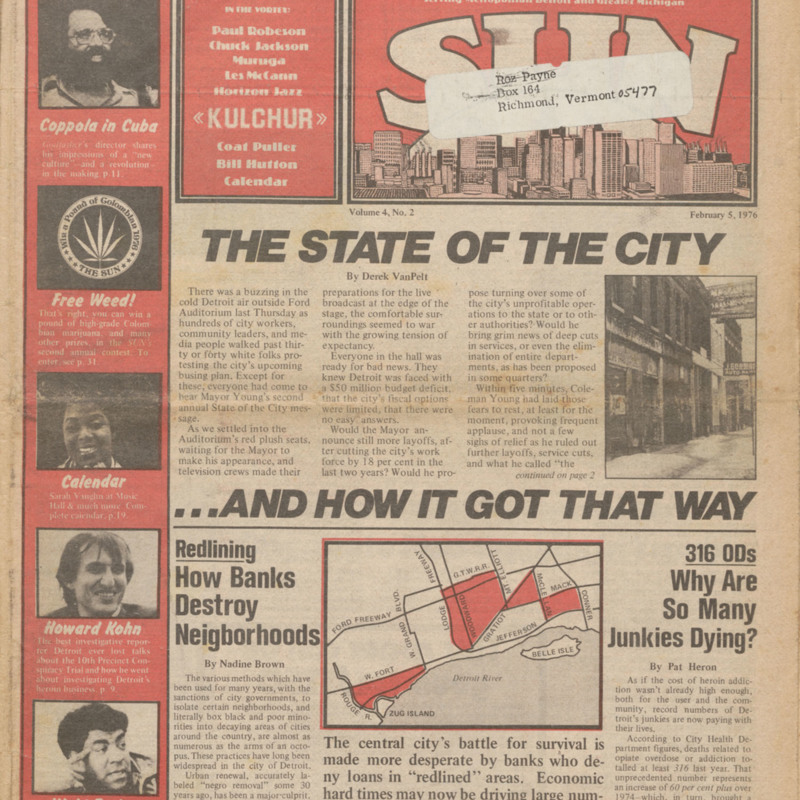 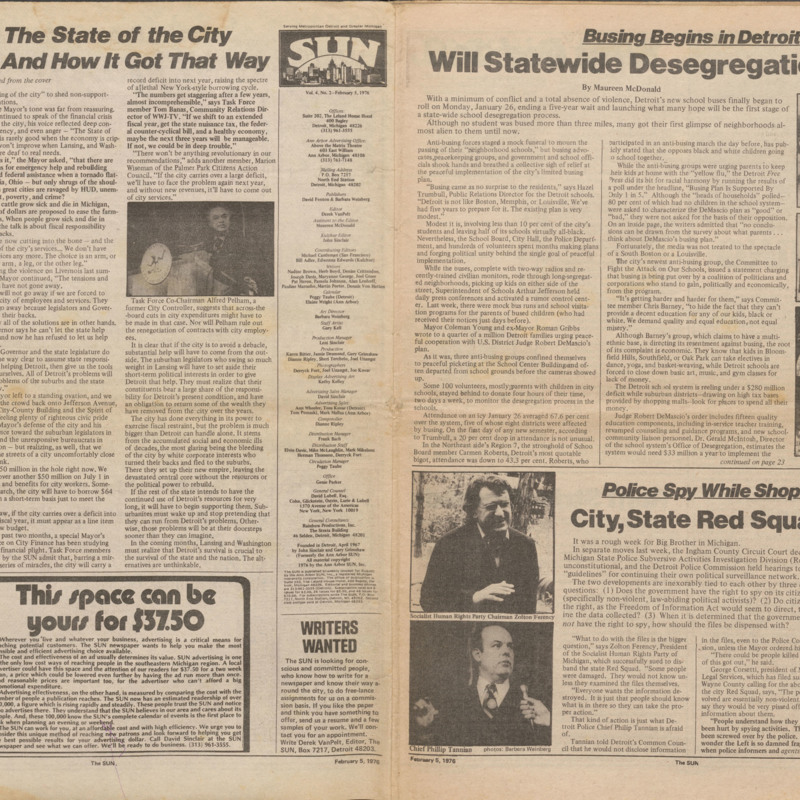 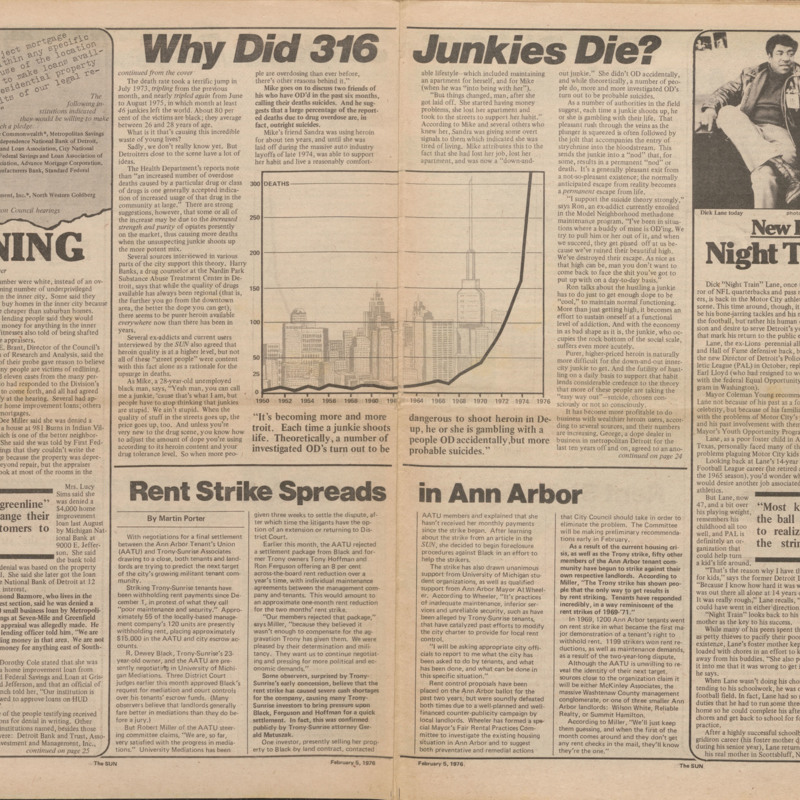 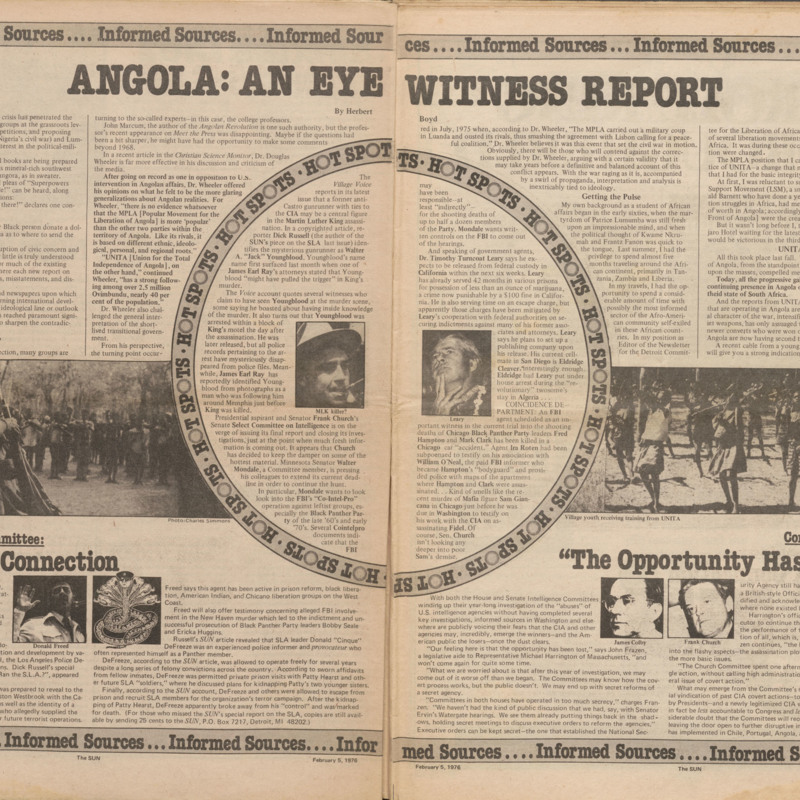 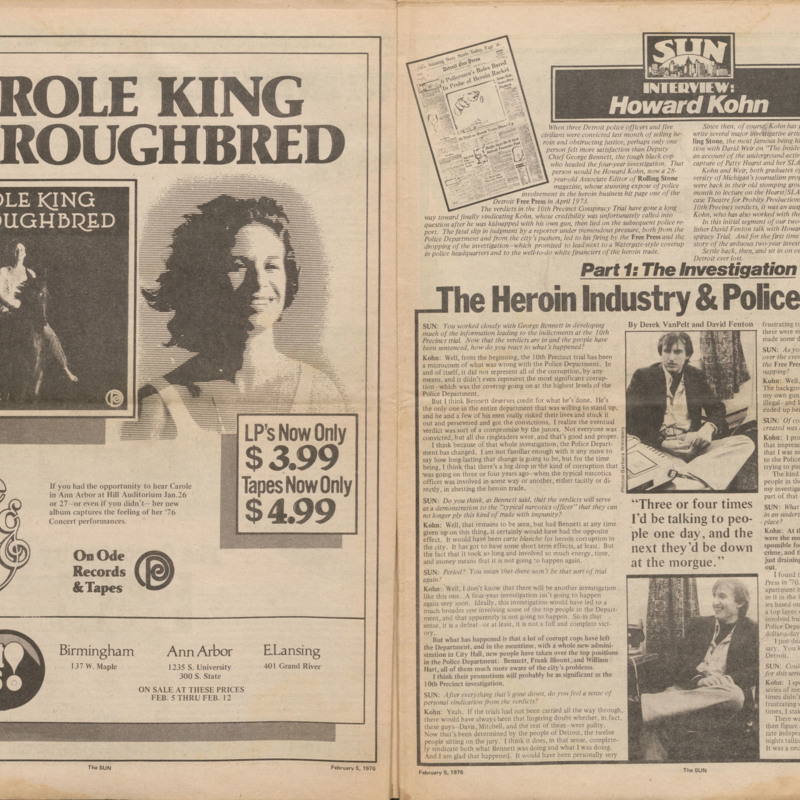 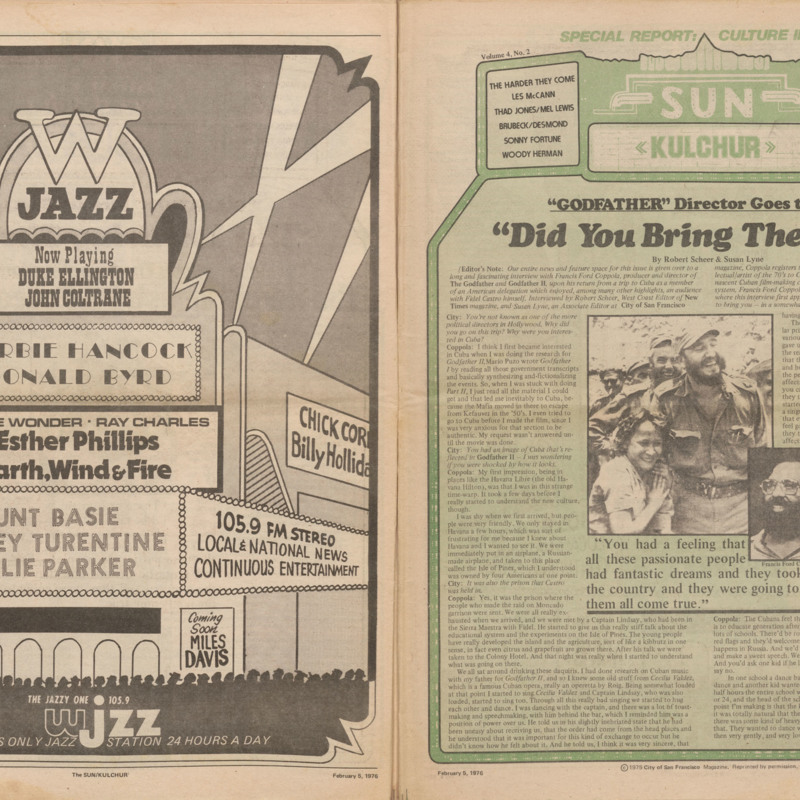 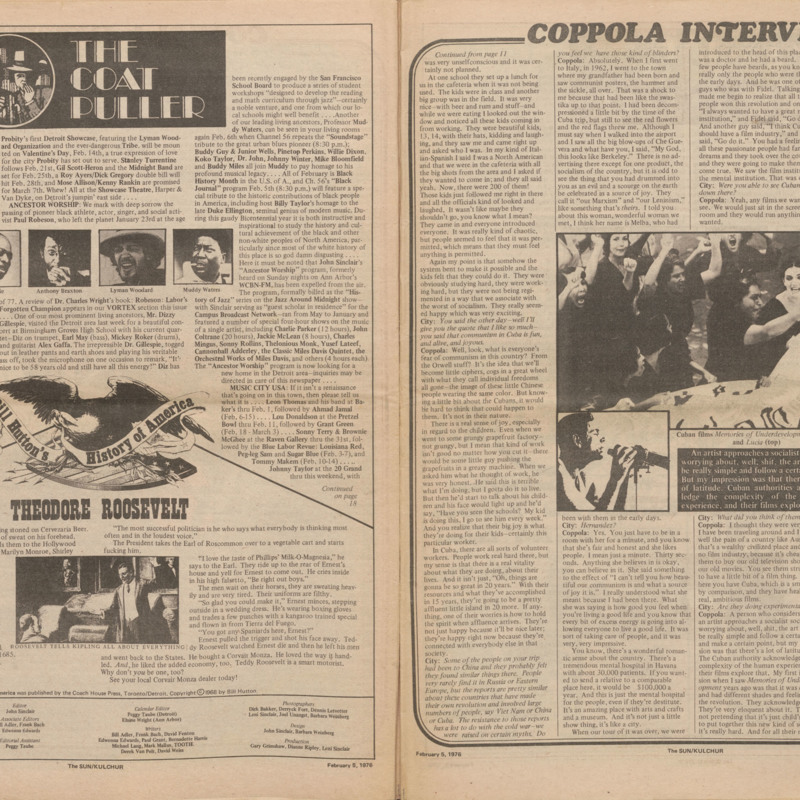 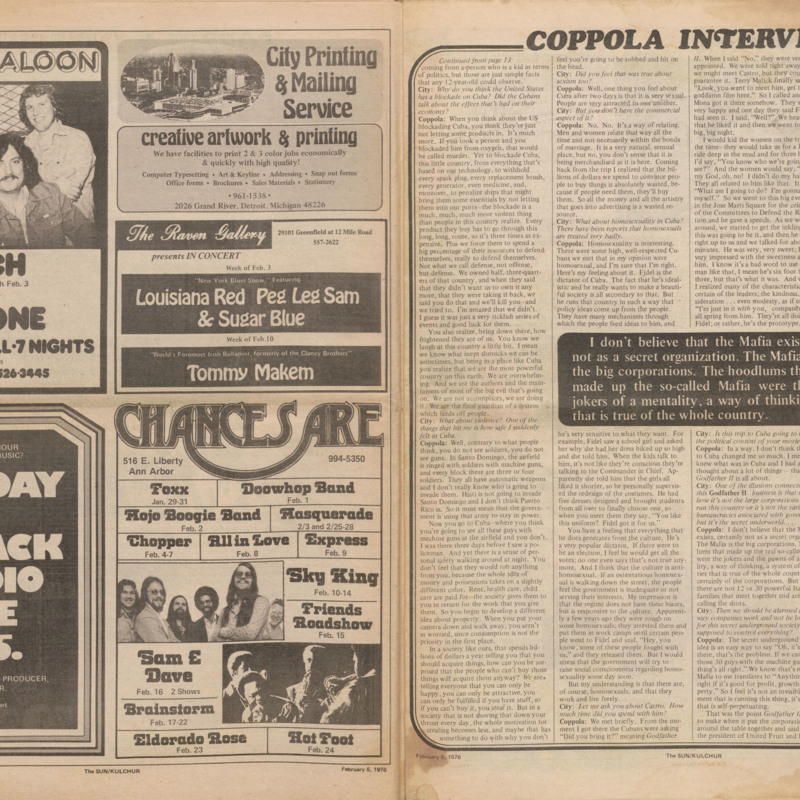 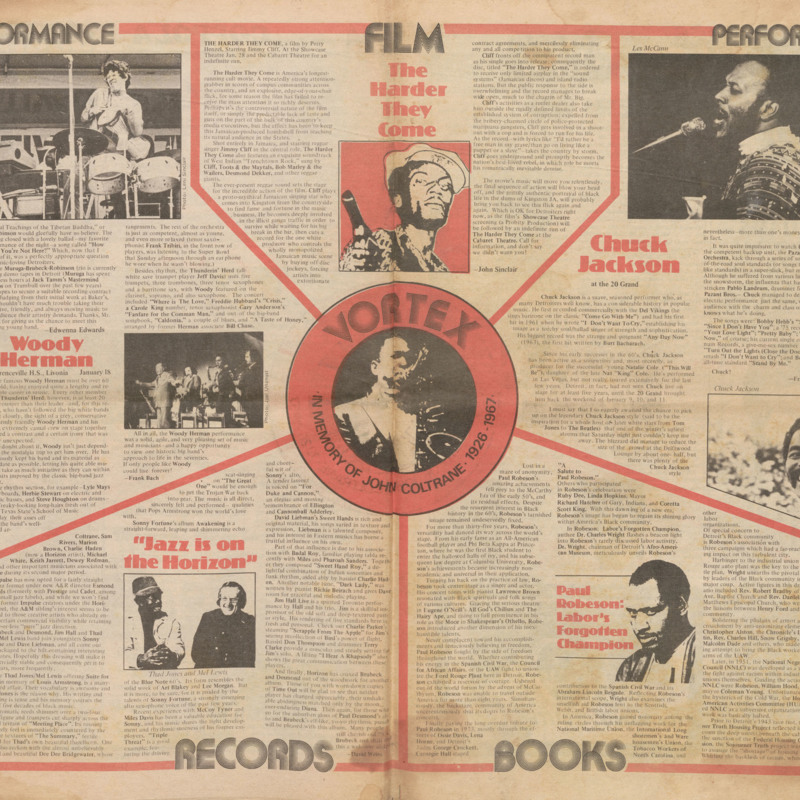 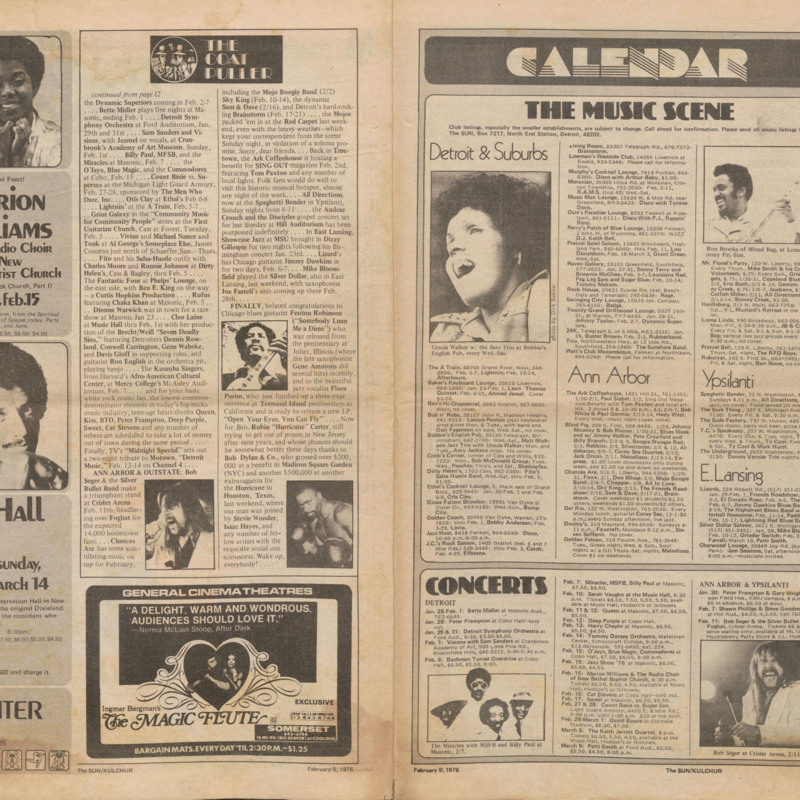 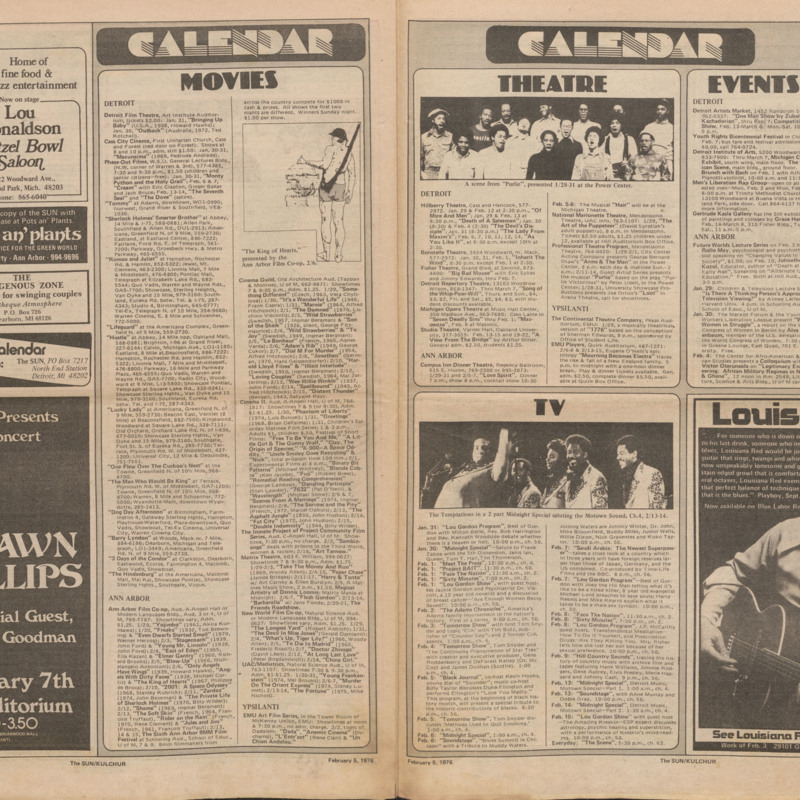 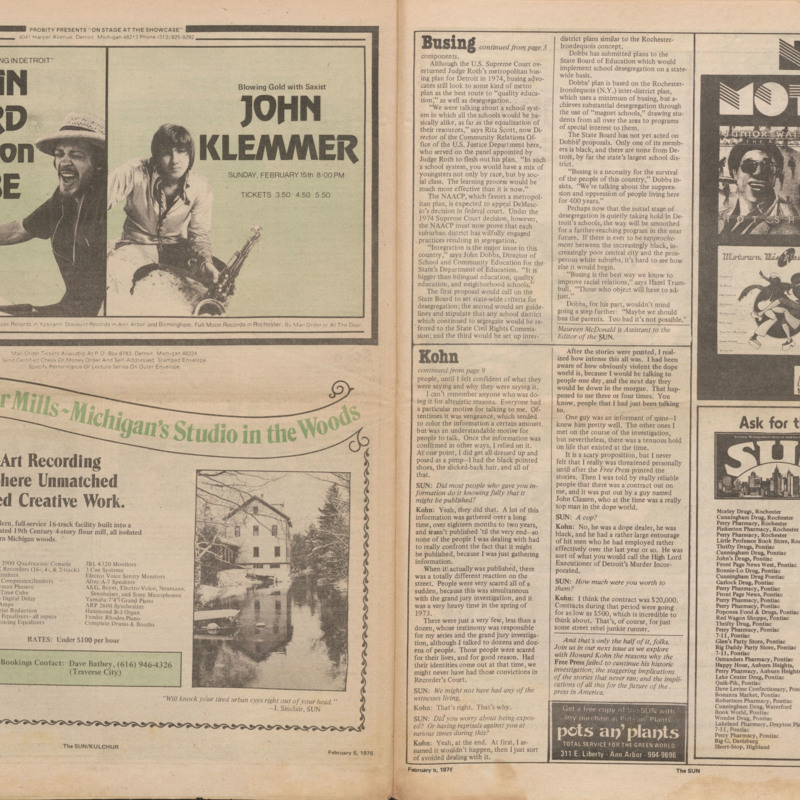 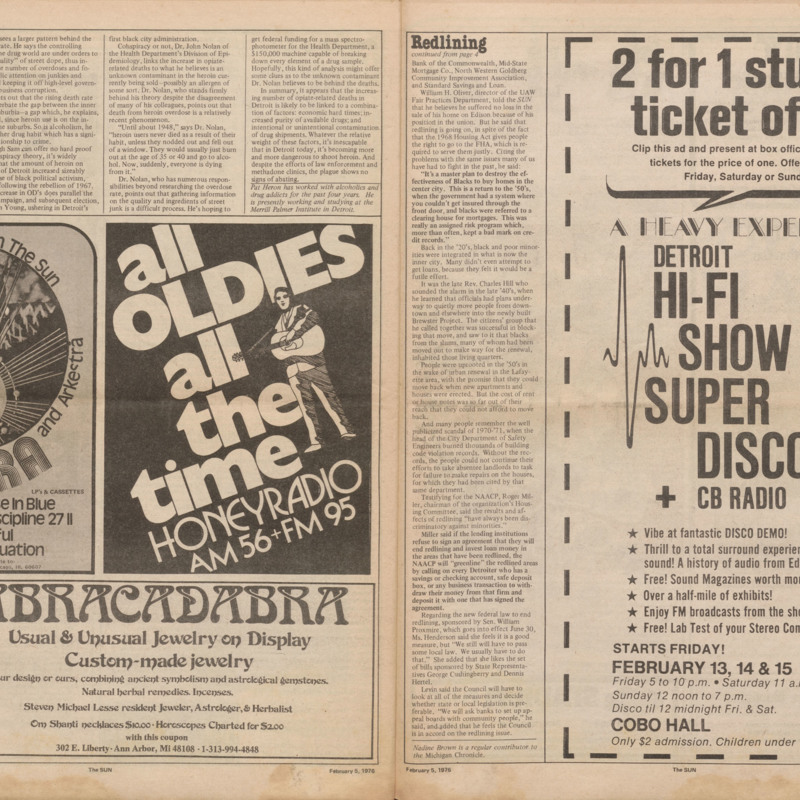 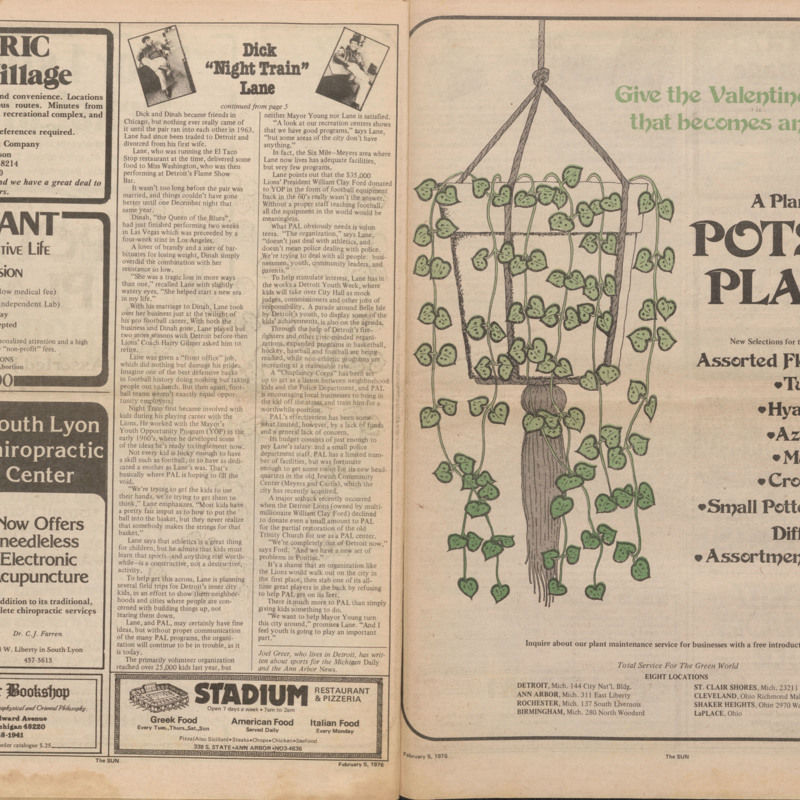 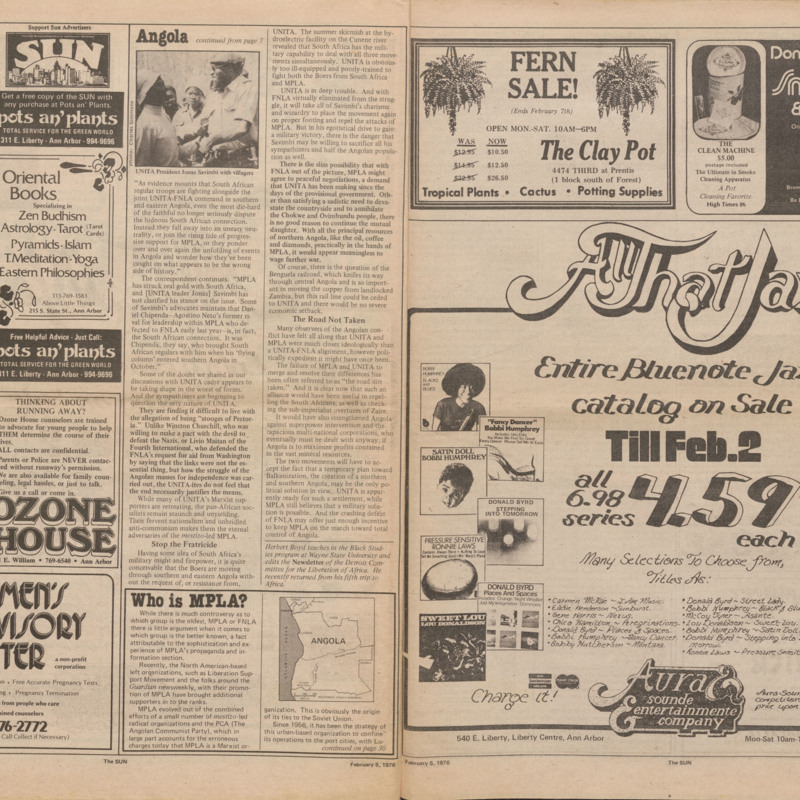 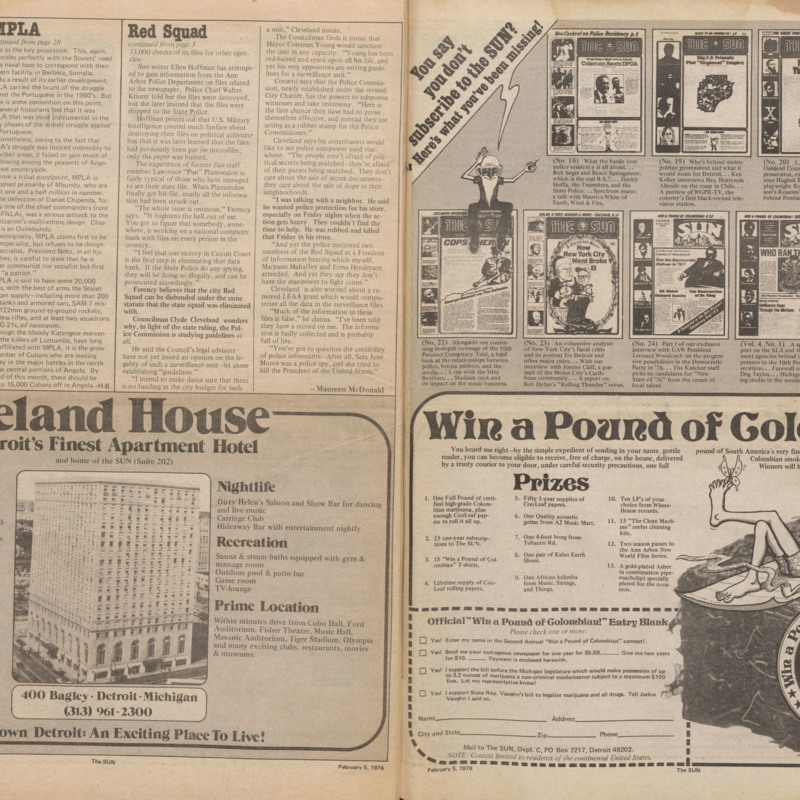 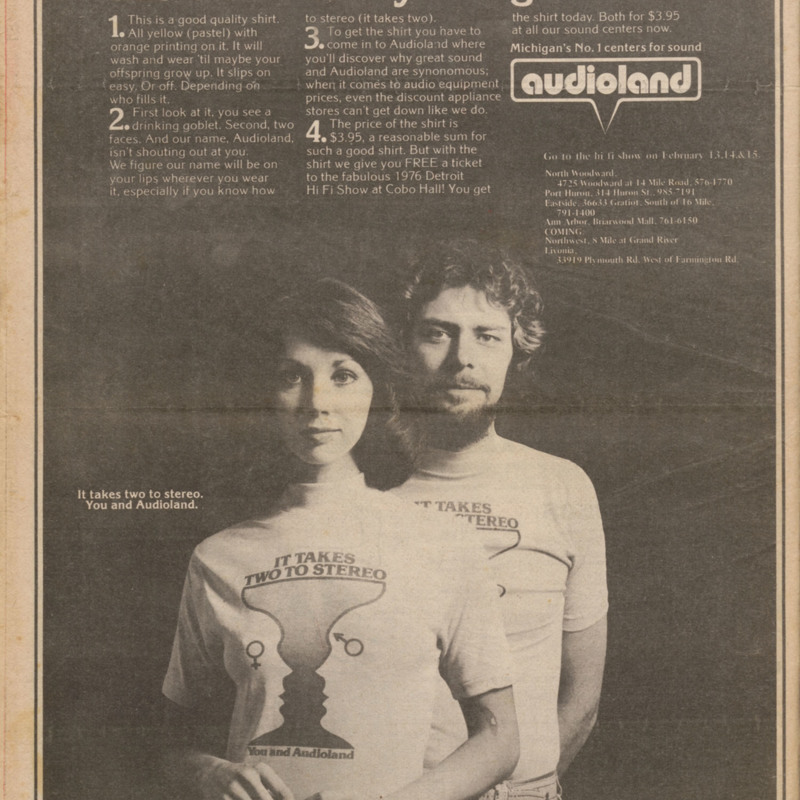 The Ann Arbor Sun was a newspaper founded by John Sinclair in November 1968 as a vehicle for the White Panther Party. In the 1970s, the newspaper transitioned into an independent publication covering local issues, left-wing politics, music, and arts. In 1975, the newspaper evolved into The Sun, which focused more on Detroit than Ann Arbor. Finally in 1976, publication was suspended indefinitely.