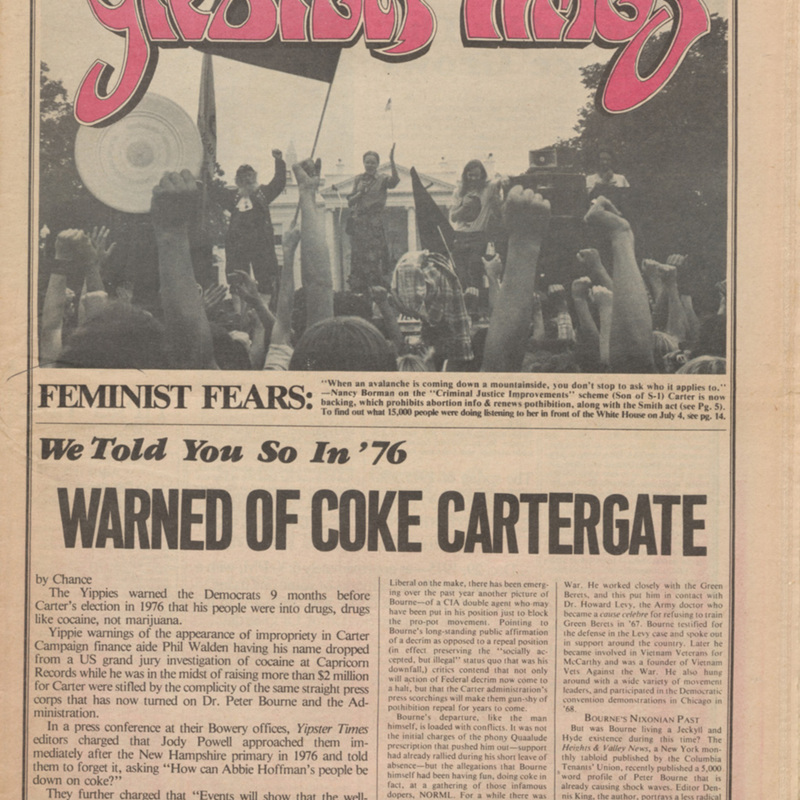 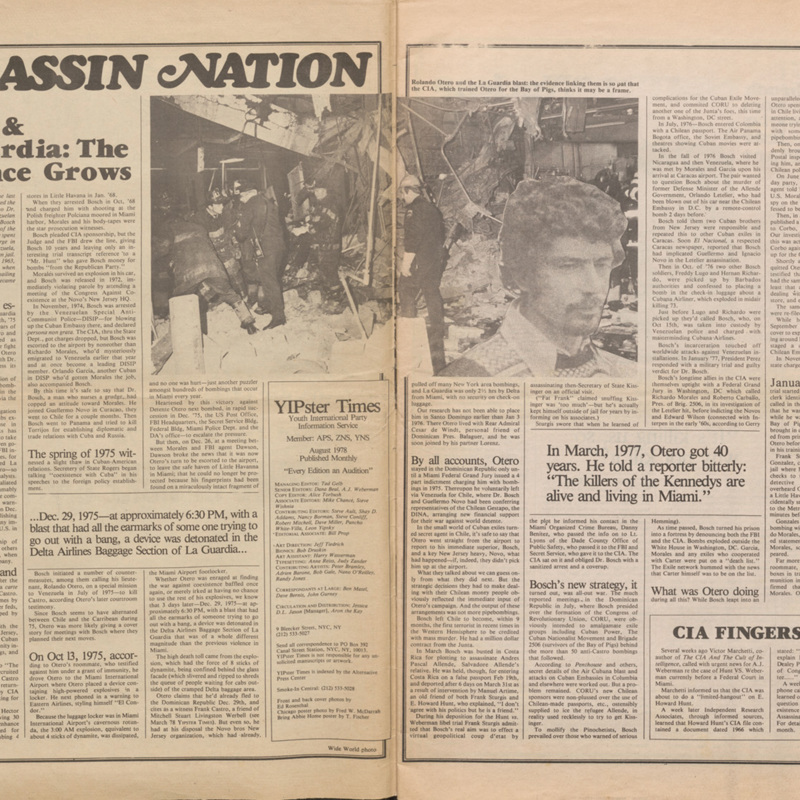 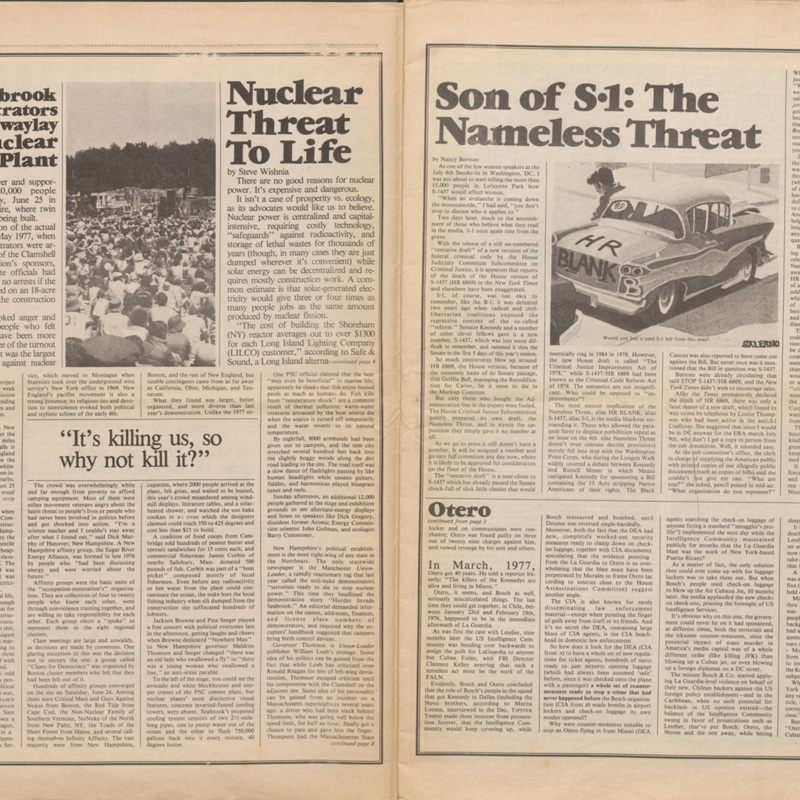 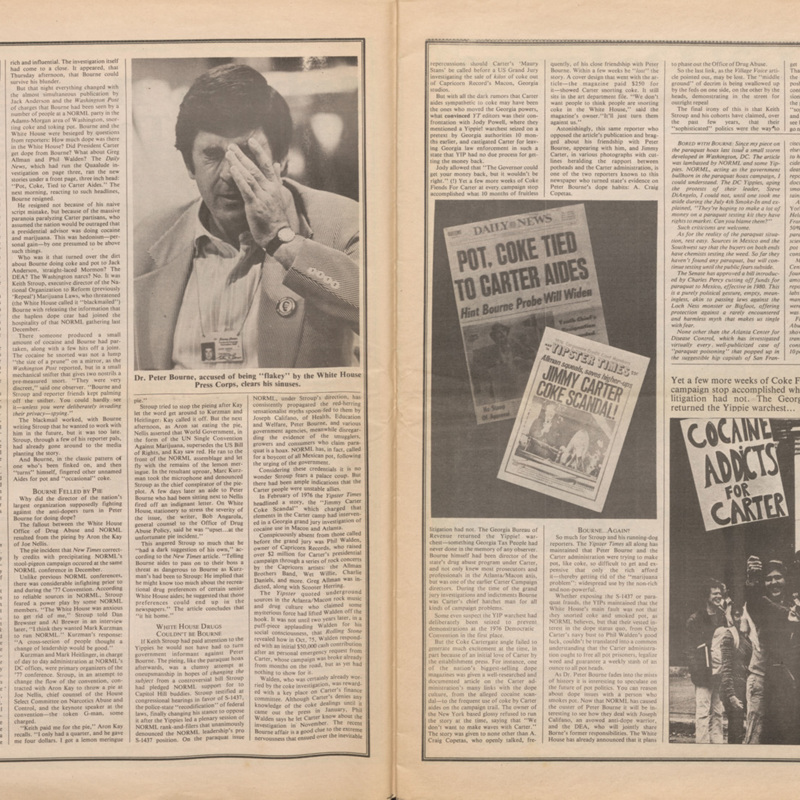 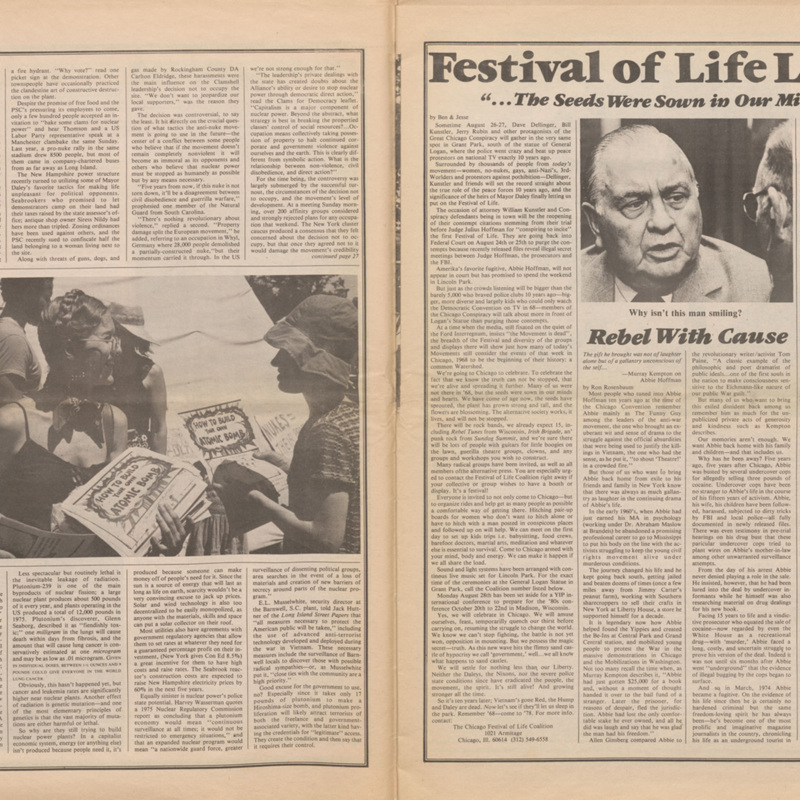 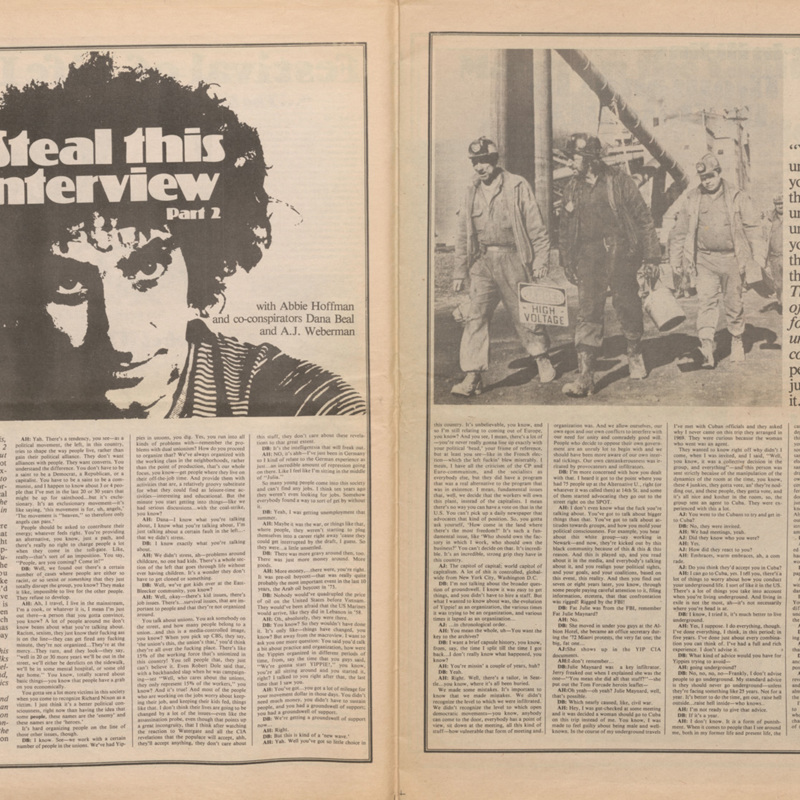 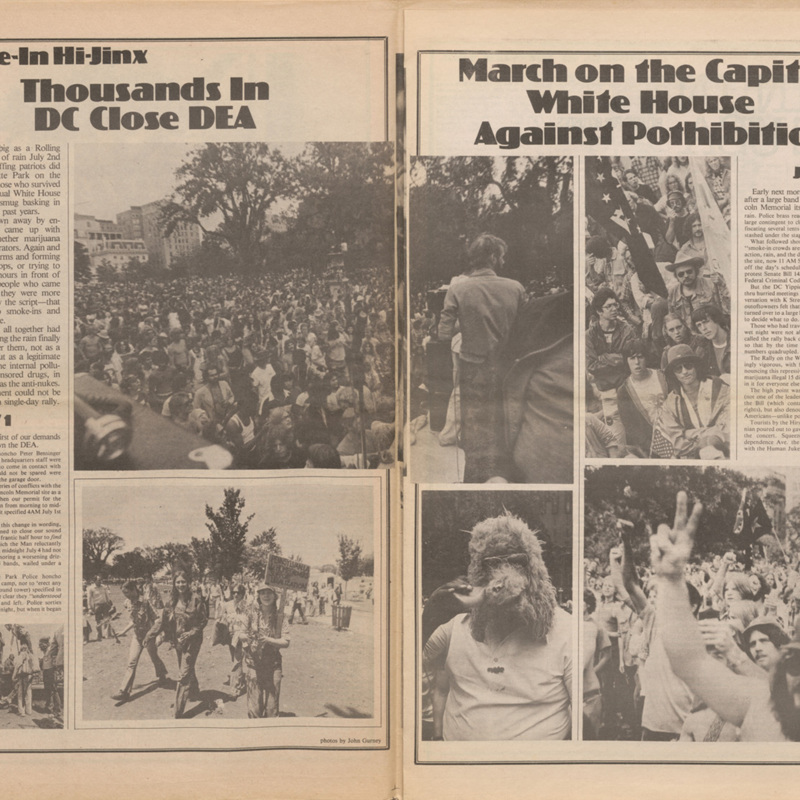 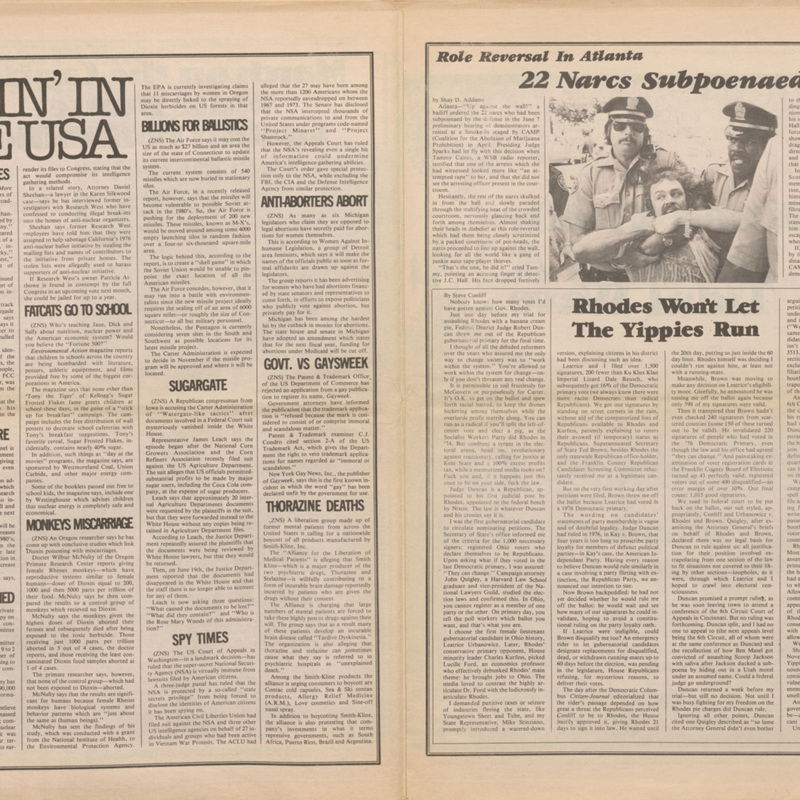 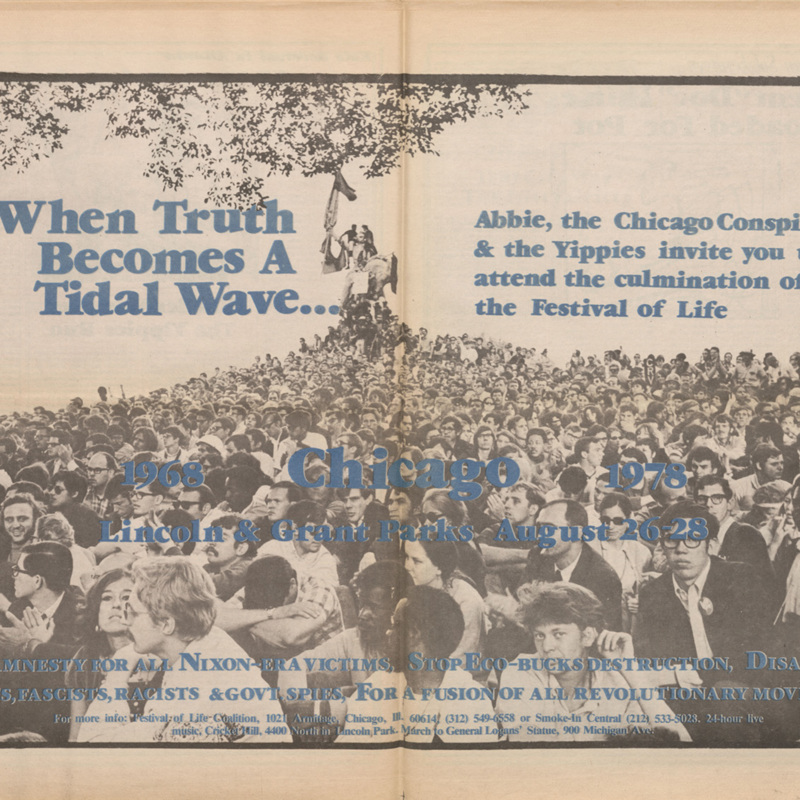 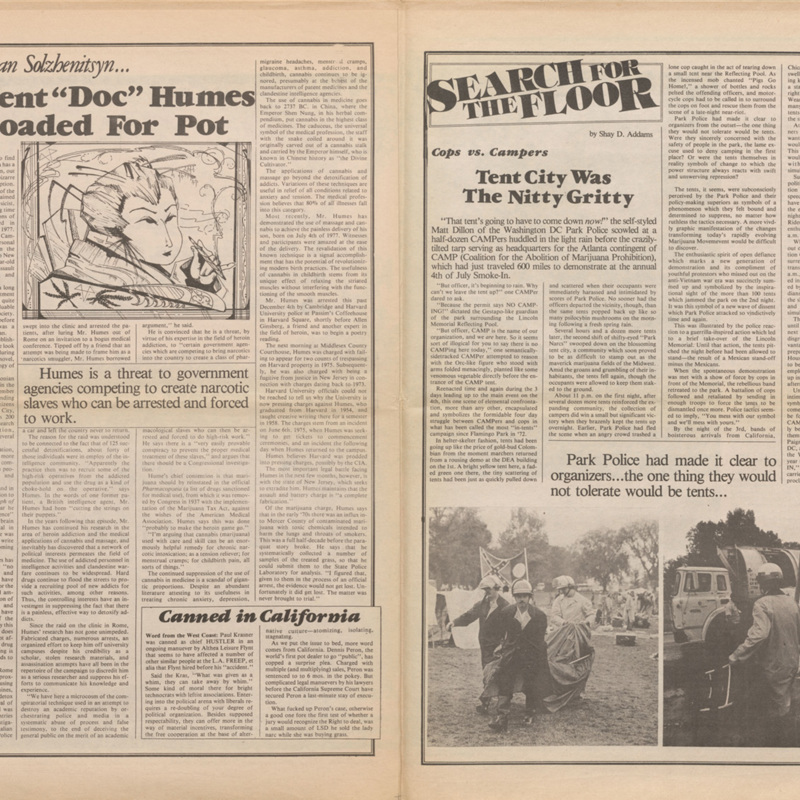 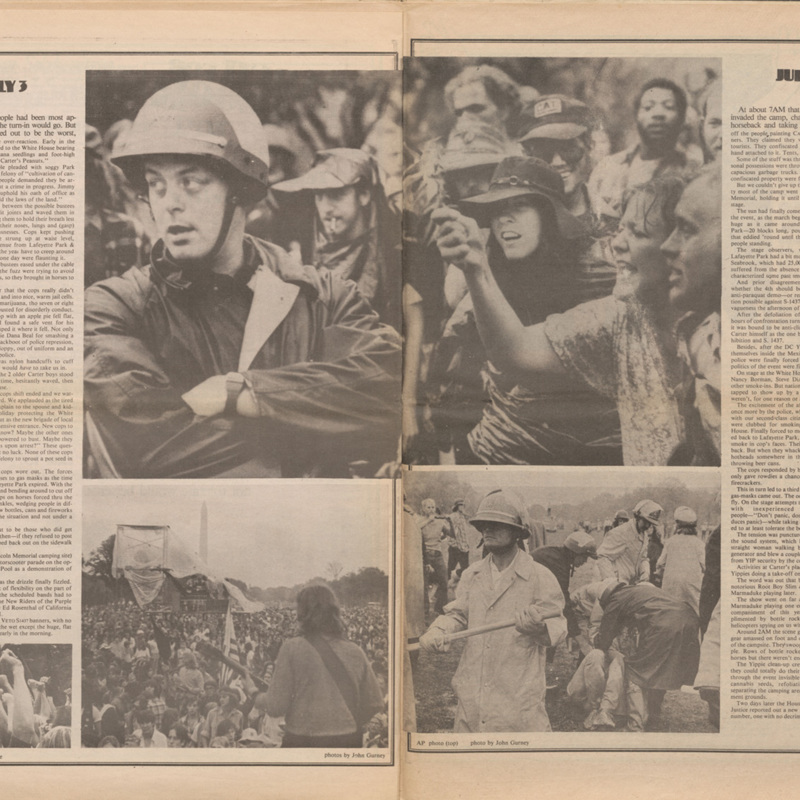 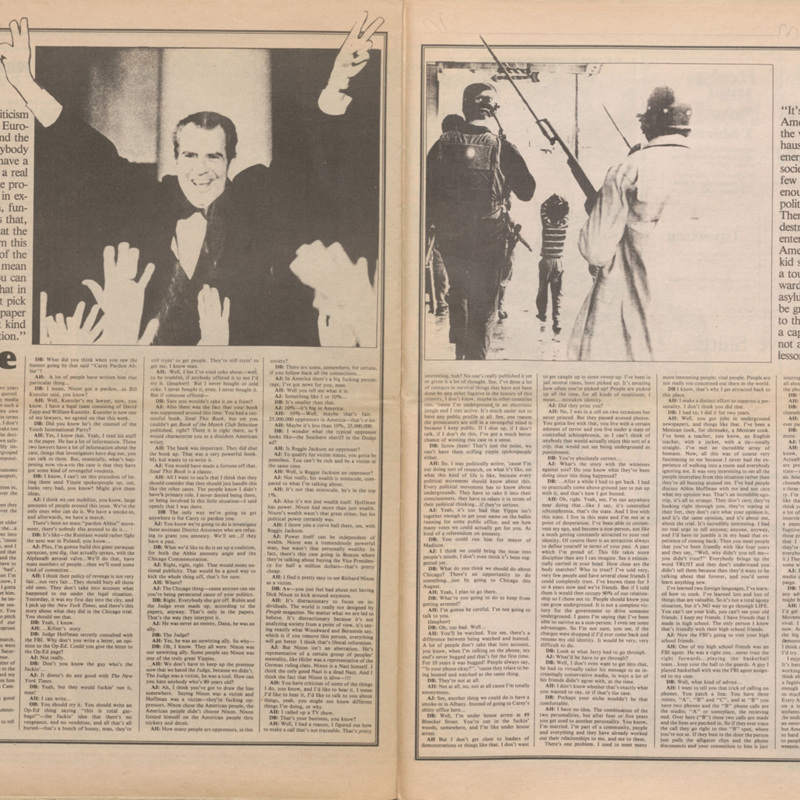 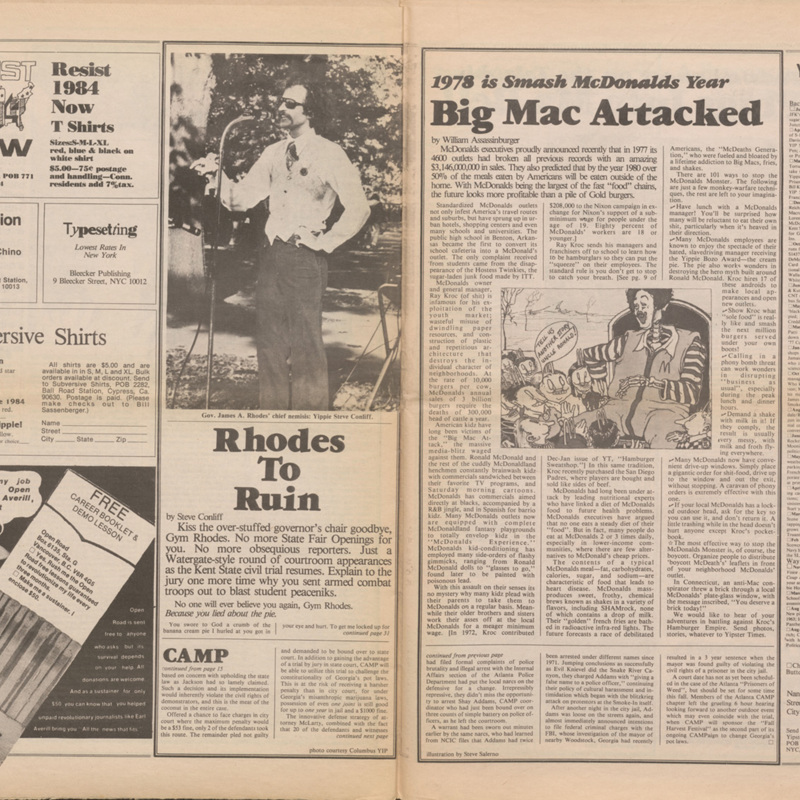 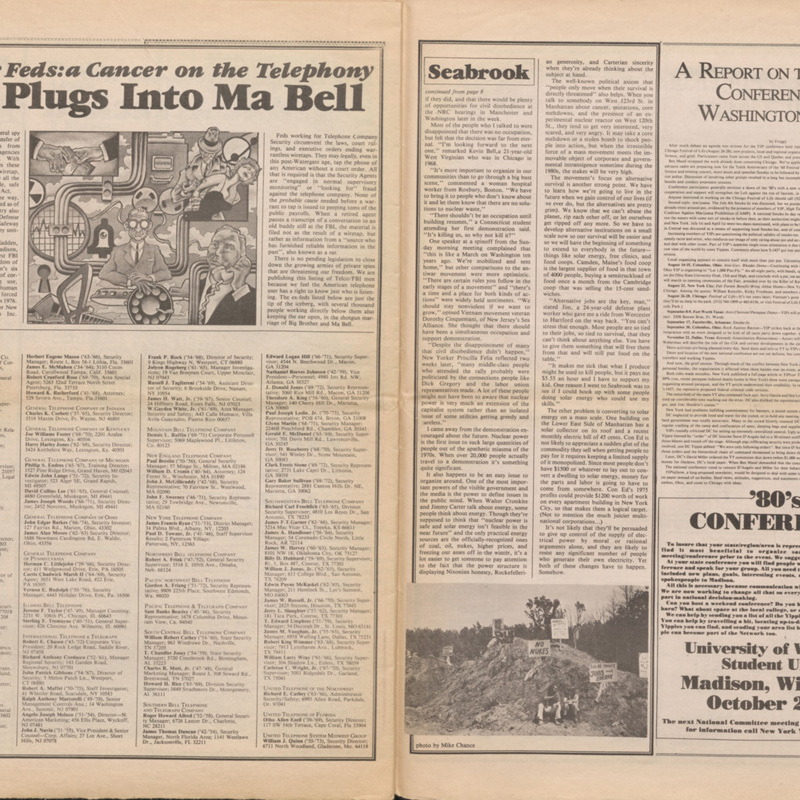 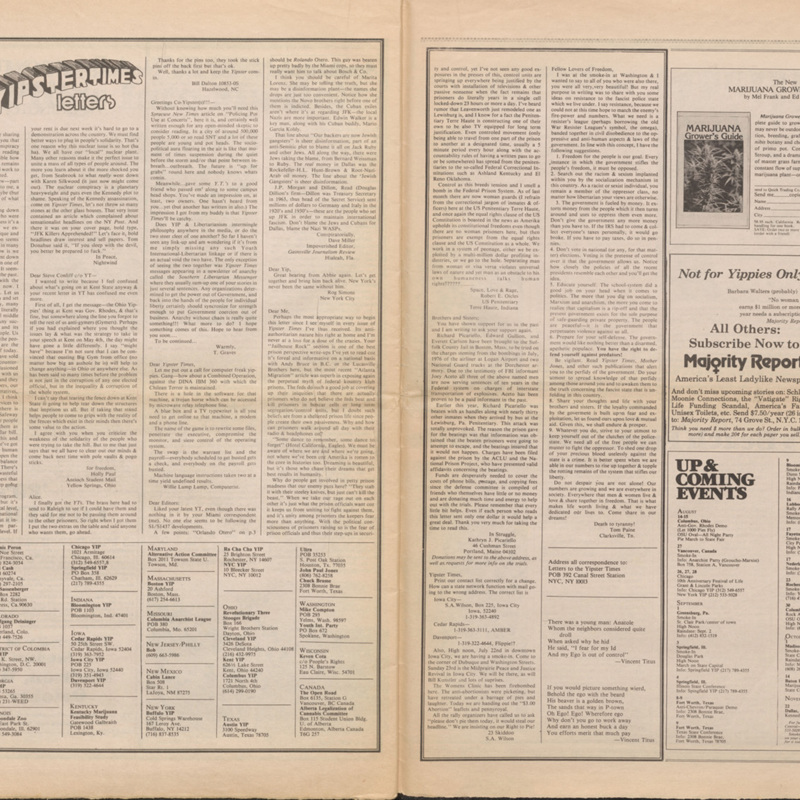 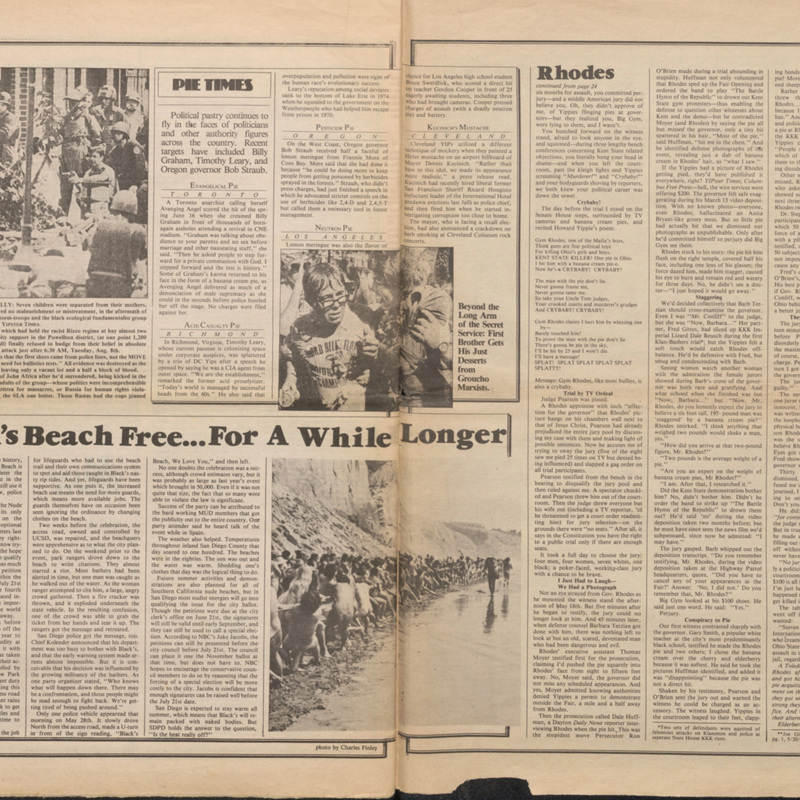 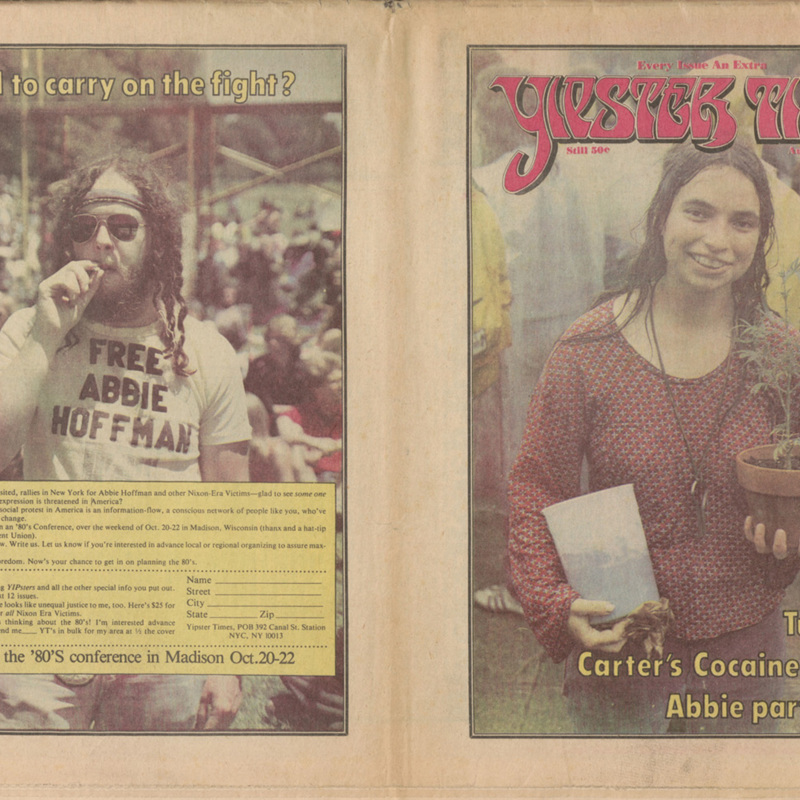 The Yipster Times, “America’s Only National Underground Newspaper,” was the semi-official newspaper of the Yippie movement, started by Dana Beal and published in New York City. The paper ran, in one form or another, from 1972 until 1989, when the name was changed to Overthrow. It was primarily a journal of anti-establishment politics and culture, with a strong focus on marijuana legalization.