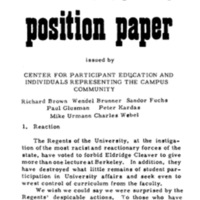 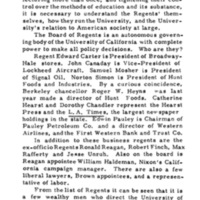 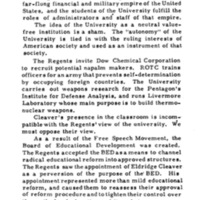 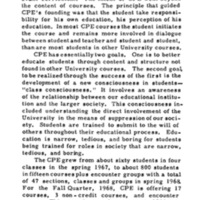 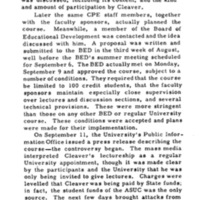 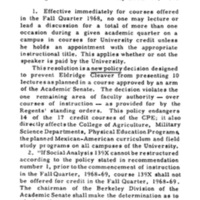 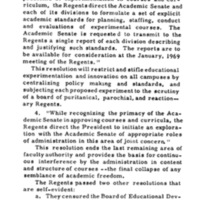 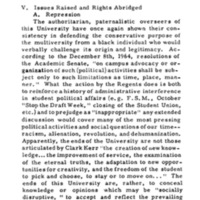 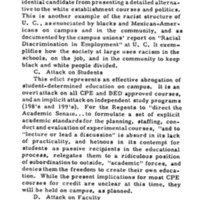 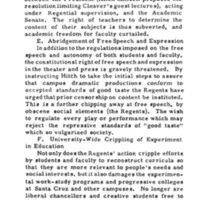 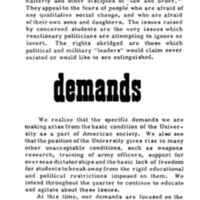 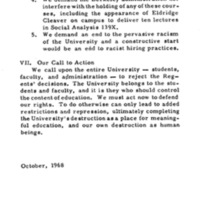 The University of California-Berkeley was one of the key sites of 1960s-era campus activism. During the early and mid-1960s, Cal students participated in the southern civil rights struggle and protested the House UnAmerican Activities Committee. In 1964, a conflict near Sather Gate sparked the Free Speech Movement. The Students for a Democratic Society were strong on campus and led student activists into the anti-Vietnam war era. During the late-1960s and early-1970s, UC-Berkeley played a pivotal role in the rise of the Black Studies and Third World Student movements.

In 1966, African Americans made up a mere 1% of the student population at the University of California-Berkeley. At the time, the Afro-American Student Union (AASU) was the lone black student political group on campus. On October 29, 1966, SDS sponsored a conference at the Greek Theater, titled, “Black Power and It’s Challenges,” which was attended by an estimated 12,000 overwhelmingly white students and featured keynote speakers, Ron Karenga (US Organization), James Bevel (Southern Christian Leadership Conference) and Stokely Carmichael (Student Nonviolent Coordinating Committee), who called UC-Berkeley the “white intellectual ghetto of the West.” AASU opposed the conference, calling it “farcical,” “insidious” and “detestable.”

By 1968, the number of African American students on campus began to rise. Early that year, a coalition of black student activists and local community members demanded the creation of a Black Studies Department. In a March, 1968 issue of the Daily Californian, the group wrote, “We demand a program of ‘BLACK STUDIES,’ a program that will be of and for black people. We demand to be educated realistically and that no form of education which attempts to lie to us, or otherwise mis-educate us will be accepted.” In response Chancellor Roger Heyns promised the establishment of a new department by the Fall of 1969. In the meantime, African American students worked with the College of Letters and Sciences to offer a selection of courses on the “Black Experience” during the 1968 school year, including a course titled, “Social Analysis 139X: Dehumanization and Regeneration of the American Social Order,” which was co-organized by four university faculty, but was to be guest taught by controversial Black Panther Minister of Information, Eldridge Cleaver. The 10-lecture class was sponsored by the Center for Participation in Education (CPE), a university supported effort to empower students to help devise classes that focused on pressing contemporary issues. Yet, as students began to enroll in the course, conservative Governor, Ronald Reagan, and state legislators pressured the Board of Regents to pass a new rule stating that classes could only include one guest lecture per semester, an obvious ploy to severely limit Cleaver’s platform on campus. The move set off a new controversy over academic freedom on campus and helped spur the mobilization of the Third World Liberation Front, a coalition of black students, Latin American students, Asian American students and Mexican American students that organized the longest student strikes in U.S. history. Ultimately, Cleaver gave six lectures on campus in 1968.

This document puts forth a defense of the "Cleaver Course," as it became known on campus.