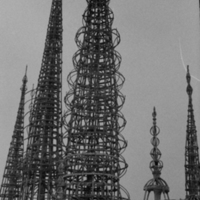 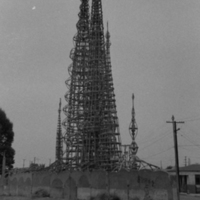 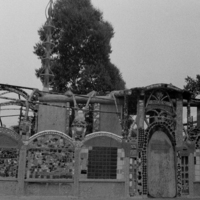 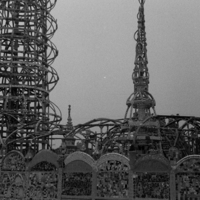 the Watts Towers, a series of interconnected sculptures created by Simon Rodia, an Italian immigrant construction worker and tile mason. When much of the area was destroyed during the Watts Rebellion in 1965, the towers were left unharmed. Many African Americans (and others) from the area, saw the towers as a source of community pride. The Charles Mingus Center (Mingus was raised in Watts) is part of a modern Arts Center built beside the Towers in 1970 in the wake of the 1965 rebellion. The Center has gallery space featuring African-American works, stages LA's oldest annual jazz festival and offers classes in painting, sculpture, music, dance and film animation to local youngsters, taught by professional artists.