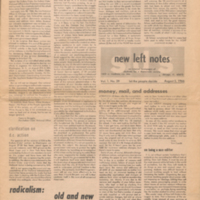 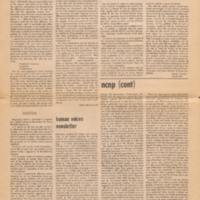 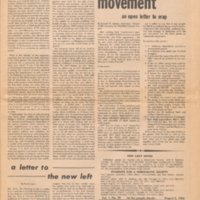 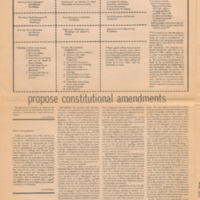 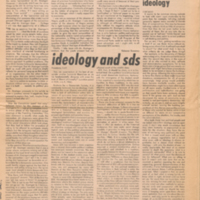 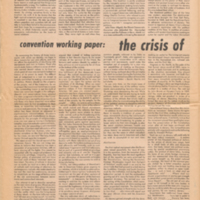 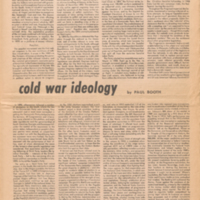 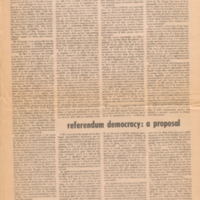 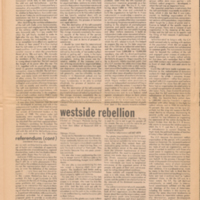 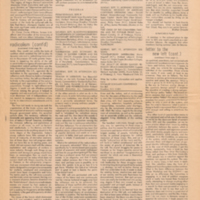 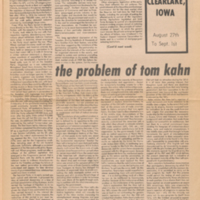 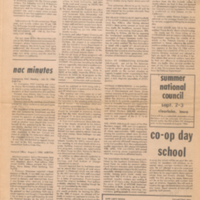 New Left Notes was the official newspaper published by the Students for a Democratic Society (SDS). This issue includes articles about the upcoming SDS national convention in Clear Lake, Iowa; a debate over electoral politics and the National Council for a New Politics; a burglary at the Chicago headquarters of the DuBois Clubs of America; definitions of radicalism; an update from the Iowa City chapter; a discussion of the intersection of race and poverty and ERAP; a response to a previous article on the Communist Convention; SDS and ideology; “derisive terminology”; the radical tradition in America; the “crisis of Cold War ideology”; an Cleveland gathering of anti-war groups; “representative democracy” vs. “referendum democracy”; recent racial conflict on Chicago’s West Side; an upcoming Socialist Scholars Conference; grape strike; SSOC; a response to a critique of the New Left by Tom Kahn; letters to the editor.