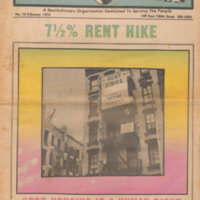 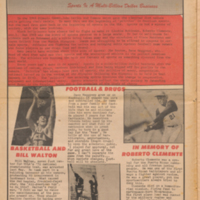 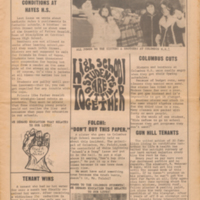 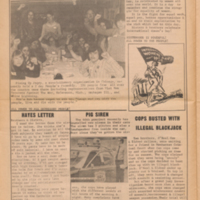 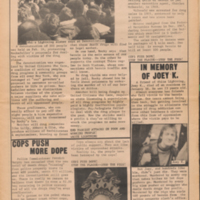 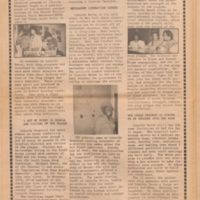 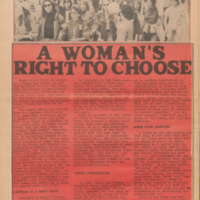 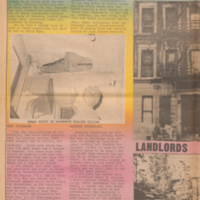 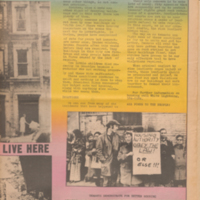 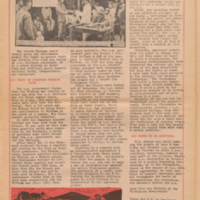 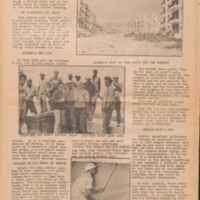 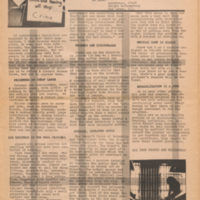 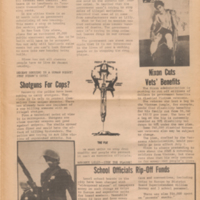 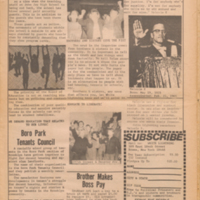 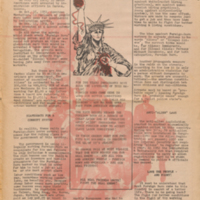 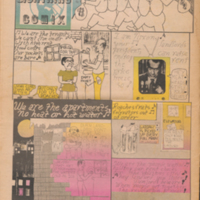 Based in the Bronx, New York, and founded in 1971, White Lightning was a revolutionary community organization made up of whites and dedicated to serving the people. The group was founded by ex-addicts who had participated in Logos, a residential drug treatment program in the Bronx that used the “Therapeutic Community Model” for treating drug addiction, which emphasized “intense, confrontation group sessions.” Interestingly, drug treatment programs were one of the few places where black, white and Latino people came together, which provided a unique opportunity for radical activists. After leaders of Logos attempted to convert the organization from a treatment program into a lifelong utopian community, activists led by Gil Fagiani, who feared it was evolving into a cult, formed a break-away group called “Spirit of Logos.” The organization was influenced by the activism of the Young Lords and viewed drug addiction as the result of racism and poverty, rather than individual pathology and focused their work on unjust drug laws, the defunding of drug treatment programs, slum lords, drug pushers and addicts, organized crime, corrupt police, as well as what they saw as drug companies plundering African American, Latino poor white neighborhoods in New York City. In 1971, the group split along racial lines, with black and brown members refusing to work with white members. While the African American and Latino group soon dissolved, about a dozen white activists formed a new group and called themselves “White Lightning.” They targeted the white working-class and put out a monthly newspaper. As Fagiani explained years later, “We believed it essential to support the liberation struggles of people of color. We joined picket lines organized by the mostly Mexican American United Farm Workers Union, as well as demonstrations against the massacre at Attica State Prison and the political repression directed at the Black Panthers, Young Lords, and the American Indian Movement… White Lightning viewed the following questions as critical: How could we get working-class whites to see they had a stake in left politics? How could we convince them to look at people of color as their logical allies instead of their natural enemies?” White Lightning members also explored the histories of discrimination and class oppression faced by white ethnic groups in America as a way to build solidarity across racial lines. Like many groups in the early-1970s, White Lightning ultimately succumbed to sectarian divisions and disbanded.

This issue of White Lightning includes articles that focus on a city-wide rent hike; sports revolt; “People’s Grapevine,” which offered brief reports on other activism in the city; Lincoln Detox; abortion; housing as a human right; the war in Vietnam; socialist housing; women in prison; government attacks on working people and immigrants; comix.