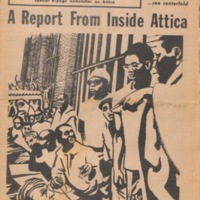 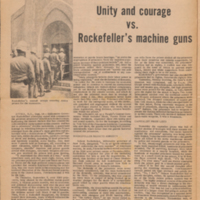 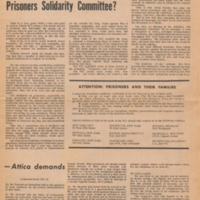 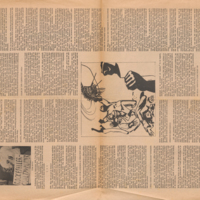 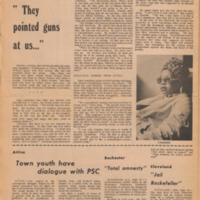 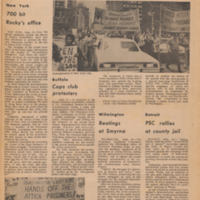 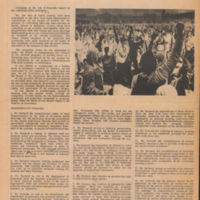 The Prisoners Solidarity Committee was organized in 1971 by the Workers World Party, a revolutionary Marxist organization made up mainly of white radicals, to provide outside help for the incarcerated after a prison uprising in Auburn, New York. Initially formed in New York, the PSC ultimately spread to other locations across the country, including Buffalo, Syracuse, Rochester, Boston, Cleveland, Detroit, Milwaukee and Wilmington, Delaware. In addition to white leftists, the group also included relatives of prisoners and some ex-prisoners. The PSC sought to publicize the conditions inside U.S. prisons and advocate for reform.

The group also played a role in the Attica Prison uprising. This special newsletter on Attica includes articles on conditions inside the prison; prisoner demands; prisoners’ relatives; a meeting with community members; solidarity protests in other cities.