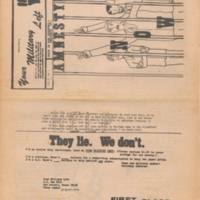 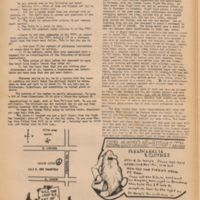 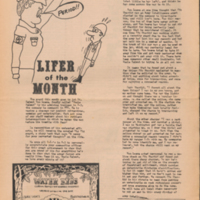 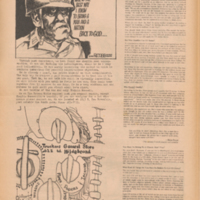 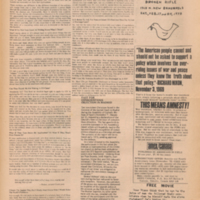 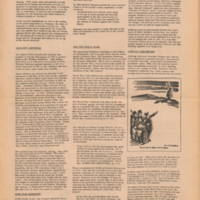 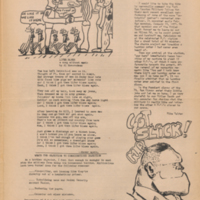 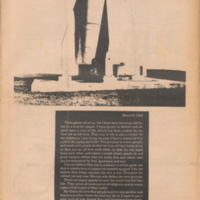 The Military Left was one of more than 130 underground newspapers published on U.S. military bases across the world during the Vietnam era. The papers were usually published anonymously and gave servicemen and women an opportunity to express their opposition to the war in Vietnam, or the military system, more broadly. Those who wrote or distributed these alternative G.I. press newspapers were often subjected to harsh punishment from military brass, if found out. The Military Left was published from 1969 through 1973 by G.I.’s at Fort Sam Houston in San Antonio, Texas. Under the masthead, editors included the text of a military regulation that stated, “All G.I.’s have the right to receive any written matter they desire in the mail, and have the right to keep any books, newspapers or pamphlets they want” and promised, “They lie. We won’t.” In this issue, articles explore G.I. rights; repression against activist service-members; “Lifer of the Month” column; conscientious objector status; a history of amnesty; comix; song lyrics; Arlo Guthrie quote.