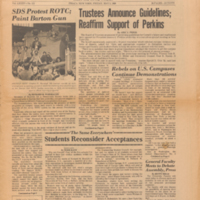 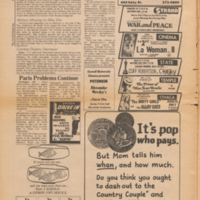 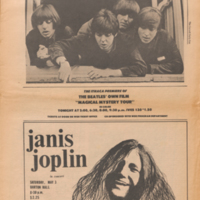 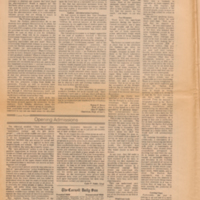 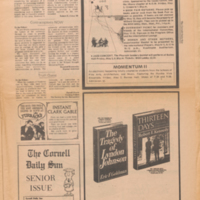 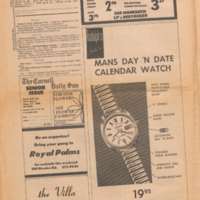 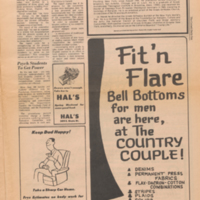 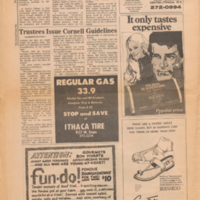 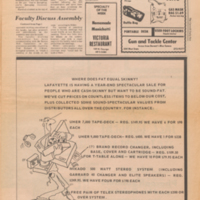 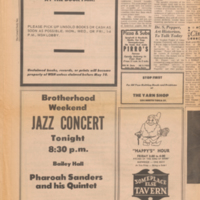 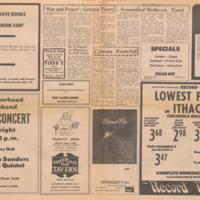 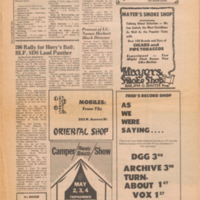 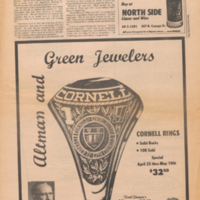 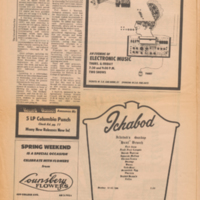 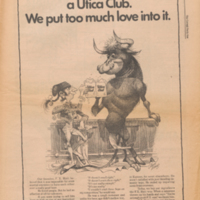 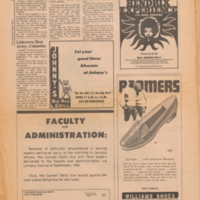 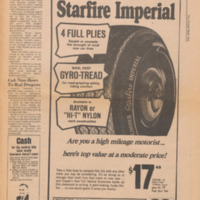 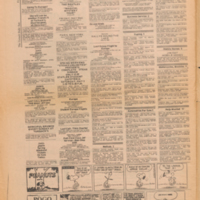 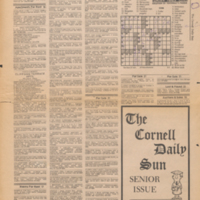 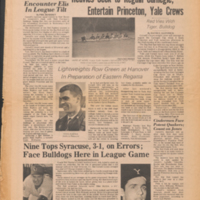 The Cornell Daily Sun is an independent newspaper published by Cornell University students in Ithaca, New York. The newspaper was established in 1880 by William Ballard Hoyt to challenge the weekly Cornell Era. Of particular note in this issue is coverage of the Cornell SDS ROTC protest. Members of SDS and their supporters “broke into a restricted area of Barton Hall” and “painted slogans on a Naval Reserve Officers Training Corps practice deck gun.” This protest was a part of a larger wave of protest against ROTC on campuses across the country during this period. Other articles focus on a Cornell Trustee meeting in the wake of campus protests; demonstrations on other campuses nationwide. Also, this issue includes advertisements for a film screening of The Beatles new film, “Magical Mystery Tour,” an upcoming concert at Cornell by Janis Joplin, an upcoming concert on campus by the Pharoah Sander Quintet and an upcoming concert at Syracuse by Jimi Hendrix.