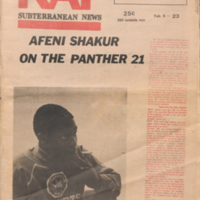 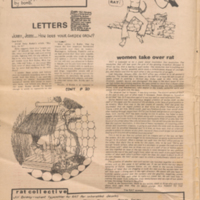 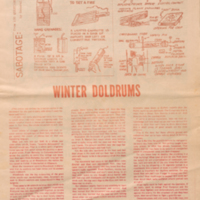 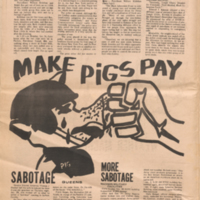 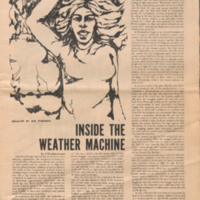 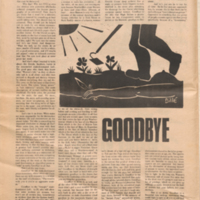 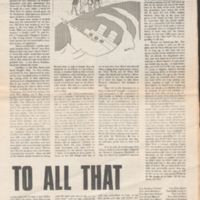 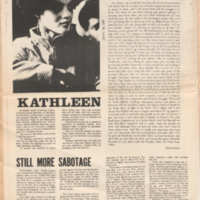 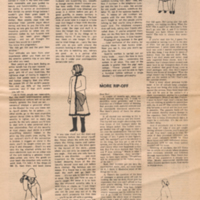 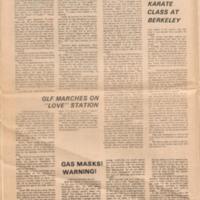 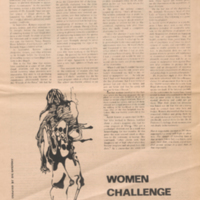 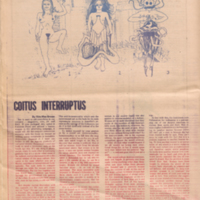 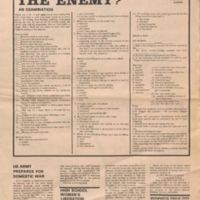 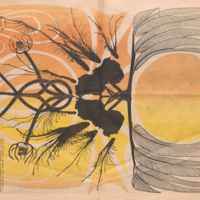 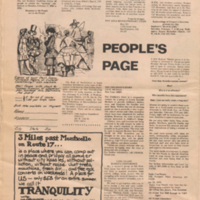 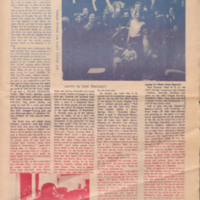 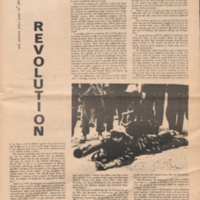 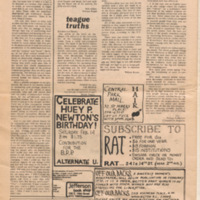 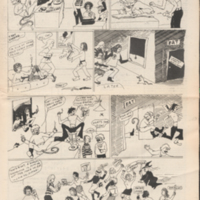 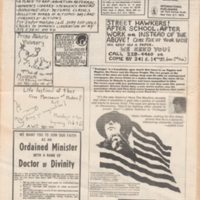 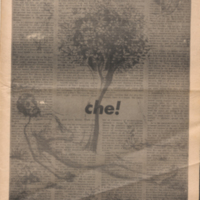 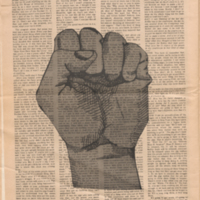 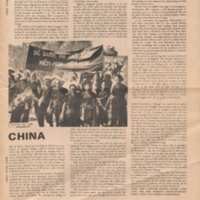 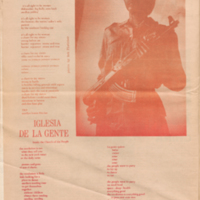 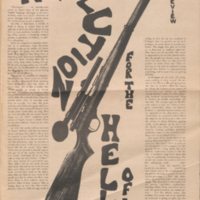 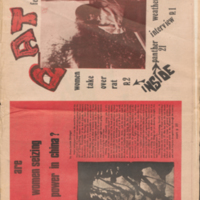 RAT Subterranean News was published in New York, starting in March of 1968 and was edited by Jeff Shero, Alice Embree and Gary Thiher, who had come North from Austin, Texas, where they worked on The Rag, another important underground paper. Whereas the East Village Other represented the counterculture point of view, RAT had a left political orientation. In early 1970, women’s liberation activists took over RAT and turned it into a women-only periodical to challenge sexism within the New Left. This issue is the first after the take-over of RAT and covers a wide range of topics, including Afeni Shakur and the Panther 21; letters to the editor; women’s take-over of RAT; feminist critique of the New Left; the ambush of New York police in Harlem; the emergence of strong women leadership in the Weather Underground; Kathleen Cleaver in Algeria; sabotage; theft and activism; Boston students protesting a lecture by S.I. Hayakawa; Berkeley women take-over of karate class; a Gay Liberation Front protest at a San Francisco radio station; gas masks; women challenging doctors on abortion; sex and sexism; “Are Men Really the Enemy?” exam; John Sinclair release from prison; Palestinian women and armed struggle in Jordan; obscenity trial against Che; women in China; a Stockton, California, housewives strike; poetry; film review of “Prologue…”