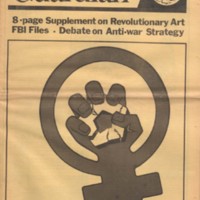 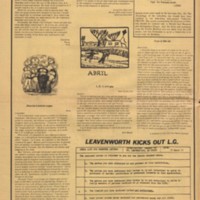 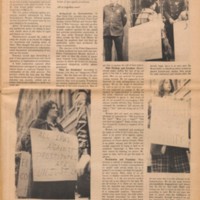 These pages are from an 8-page supplement focused on revolutionary art, COINTELPRO and FBI files, and debate within the anti-war movement over strategy.