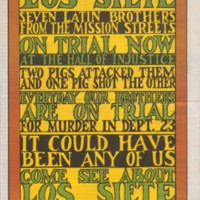 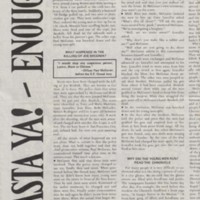 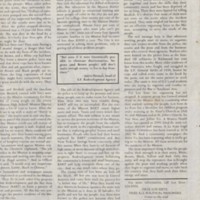 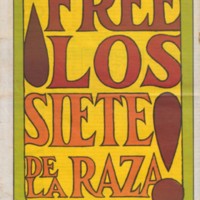 In 1969, two plain-clothesed San Francisco police officers stopped several young Latino men moving furniture in the Mission District of San Francisco. An altercation ensued, resulting in one of the police officers, Joe Brodnik, being shot and killed with the other officer, Paul McGoran's, gun. Six of the young men (Gary Lescallett, Rodolfo Antonio (Tony) Martinez, Mario Martinez, Jose Rios, Nelson Rodriguez, and Danilo Melendez) were arrested and charged with murder, while another man (George Lopez) accused of the crime was never apprehended. Their court proceeding, which ran parallel to Huey Newton's more well-known trial, became a cause celebré within the Latino community and the New Left. Some of the accused had participated in local pan-Latino political activist groups, like the Mission Rebels, COBRA (Confederation of Brown Race for Action) and the Brown Berets. Member of the Black Panther Party and two of the Chicago 7 attended the trial. The men, who were ultimately acquitted, came to be known, popularly, as "Los Siete de la Raza," or "Los Siete."