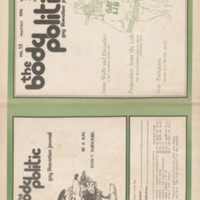 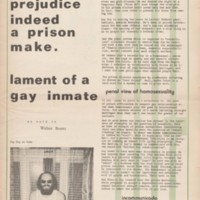 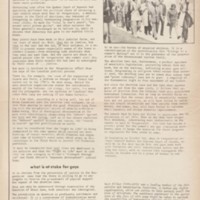 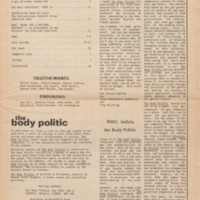 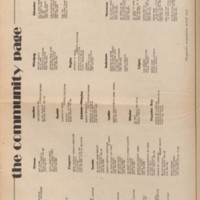 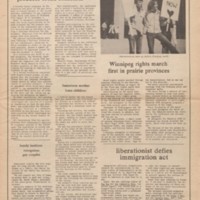 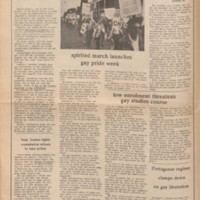 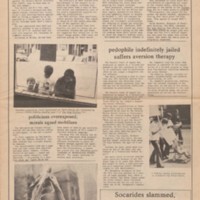 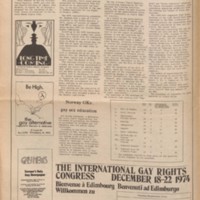 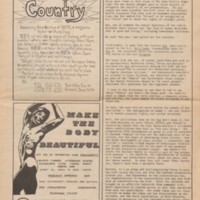 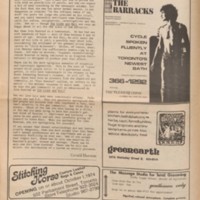 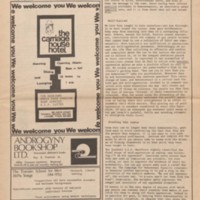 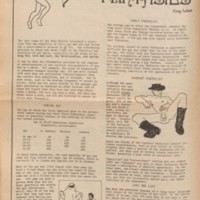 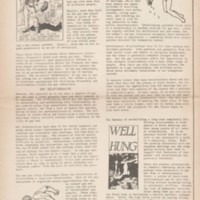 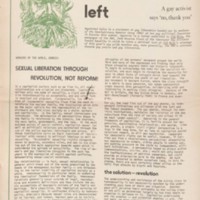 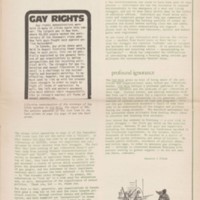 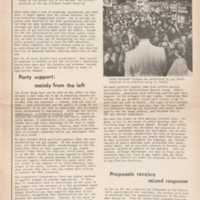 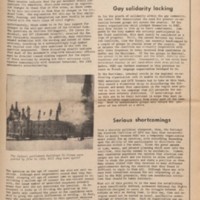 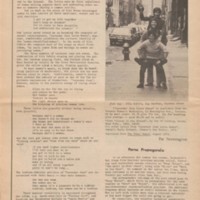 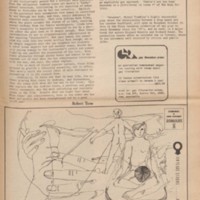 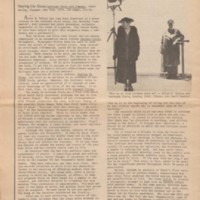 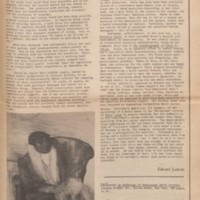 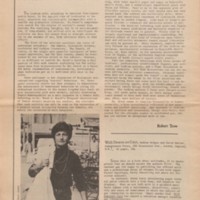 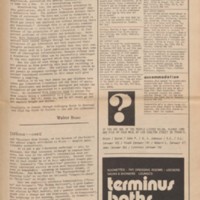 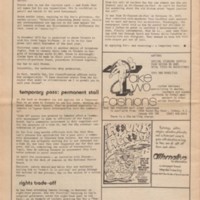 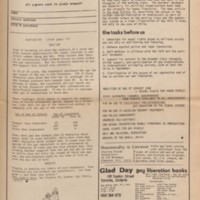 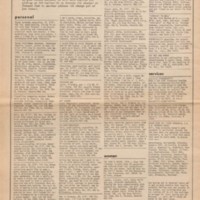 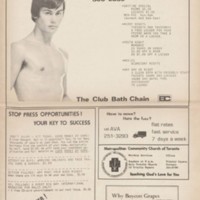 The Body Politic was a monthly gay rights magazine out in Canada that was published from 1971 until 1987. This 1974 issue includes stories about gay prison experience; Gay Studies at the University of Toronto; the first gay march and demonstration in Winnipeg; "aversion therapy"; and a solidarity statement with the National Gay Election Coalition in Norway.