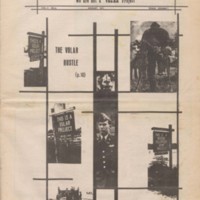 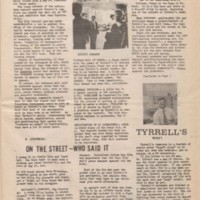 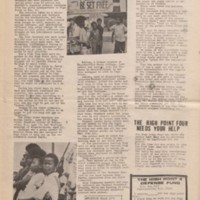 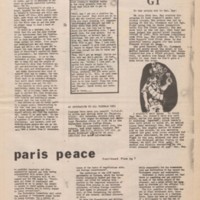 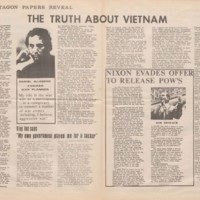 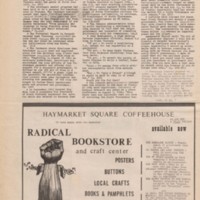 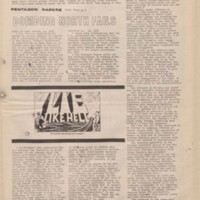 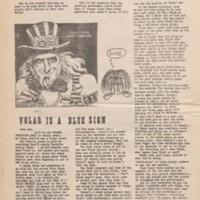 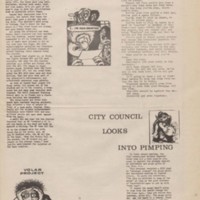 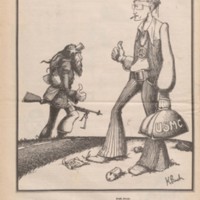 Bragg Briefs was one of a number of underground press newspapers created by GI's and veterans that were against the Vietnam War. Bragg Briefs was published from 1969-1975 by GI's United Against the War in Vietnam at Fort Bragg in Spring Lake, North Carolina.

This issue features letters sent in from GI's in Vietnam highlighting problems with the military, including the use of drugs, as well as articles about the financial and emotional exploitation of GI's and veterans, the reality of Project VOLAR, and the question of patriotism under the new "Modern Volunteer Army."

GI's United Against the War in Vietnam, North Carolina

Center for Digital Research in the Humanities