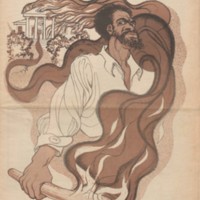 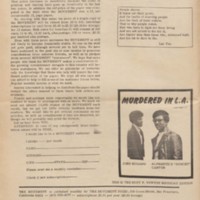 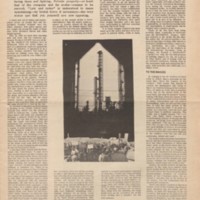 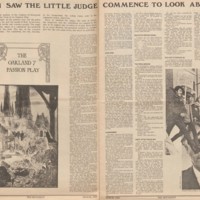 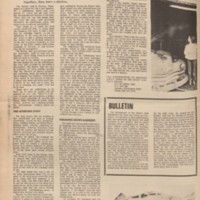 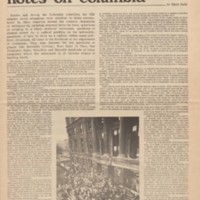 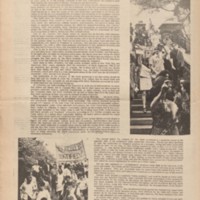 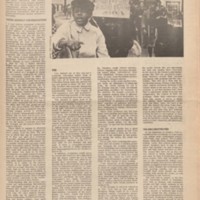 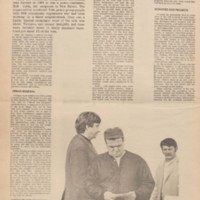 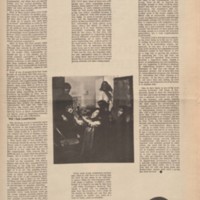 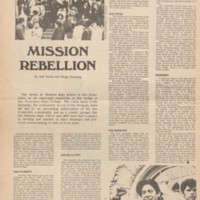 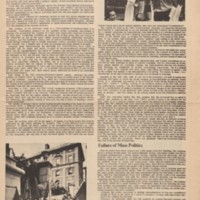 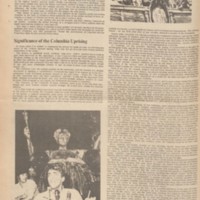 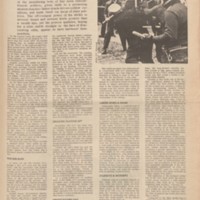 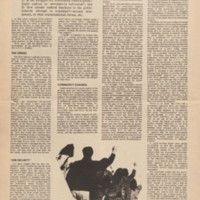 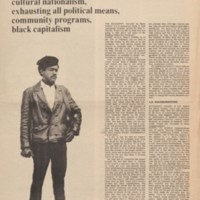 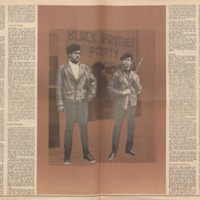 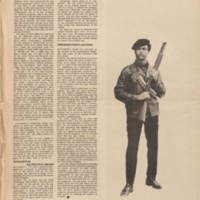 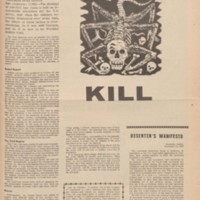 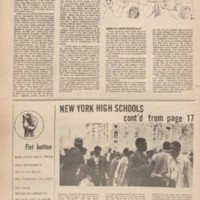 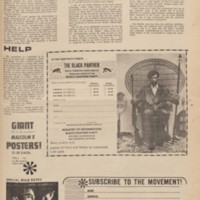 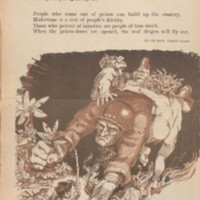 The Movement was an underground press newspaper based in San Francisco, California. This issue, the "Huey P. Newton Birthday Edition,” was published in March of 1969. In a 3 page spread there is an interview with Bobby Seale about the status of Huey Newton's case, police brutality incidents in the Los Angeles area and questions regarding the Community Survival Programs of the Black Panthers. Also in this issue are multiple articles highlighting the student movement at various universities around the country, including Berkeley, Columbia, Yale, New York University, and San Francisco State University; a statement and manifesto from the American Deserters Committee for American Deserters living in Montreal, Canada; as well as various statements that cover other movements including the American Indian Movement (AIM). This issue ends with a poem from Ho Chi Minh's prison diary.