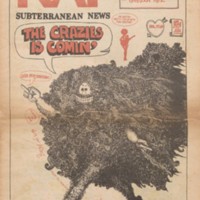 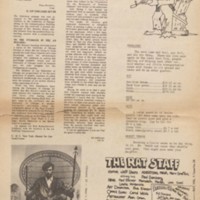 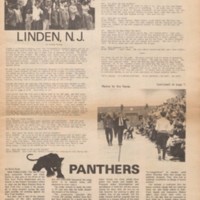 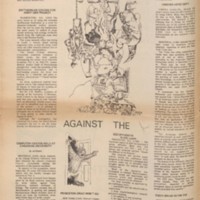 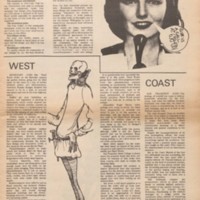 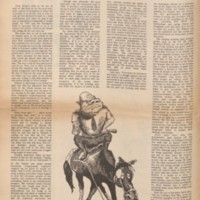 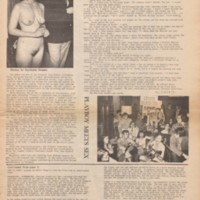 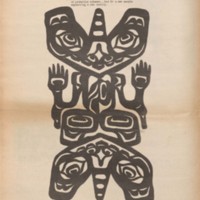 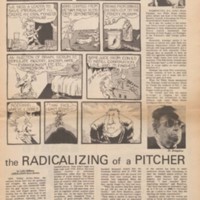 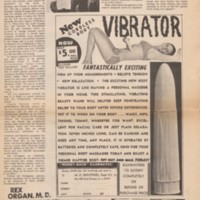 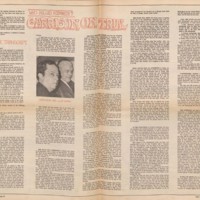 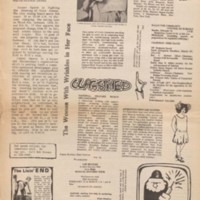 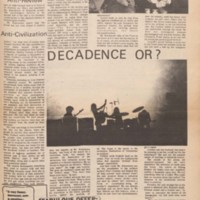 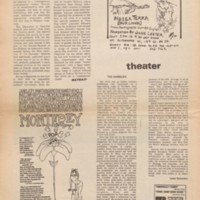 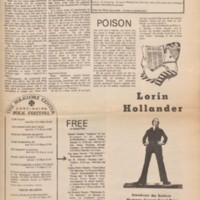 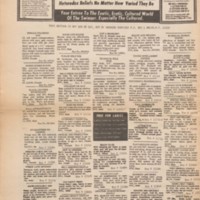 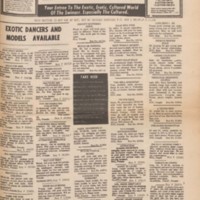 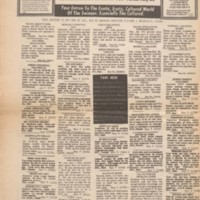 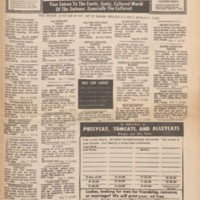 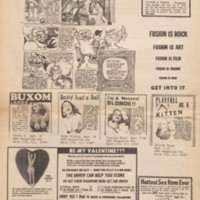 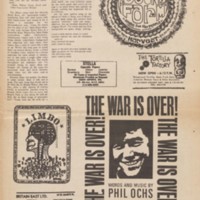 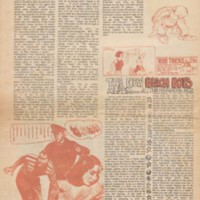 RAT Subterranean News was published in New York, starting in March of 1968 and was edited by Jeff Shero, Alice Embree and Gary Thiher, who had come North from Austin, Texas, where they worked on The Rag, another important underground paper. Whereas the East Village Other represented the counterculture point of view, RAT had a left political orientation. This issue covers a wide range of topics, including a student demonstration in Linden, New Jersey; a protest against Playboy by the Women's Liberation Front at Grinnell College in Iowa; a Yippie reply to Jerry Rubin; and an article with the complete transcript of the indictment against Clay L. Shaw for conspiring to kill John F. Kennedy. A portion of the issue also highlights local poetry readings and includes advertisements for "swinger" services.