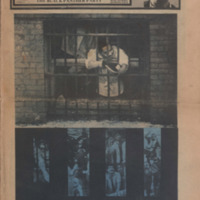 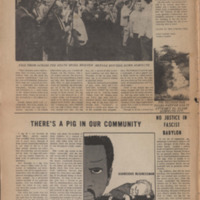 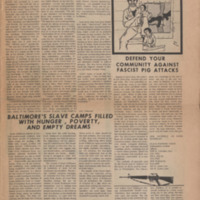 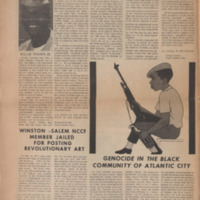 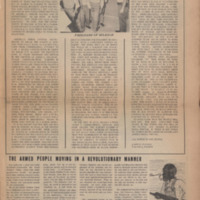 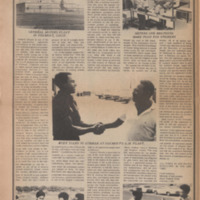 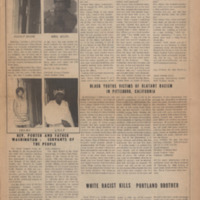 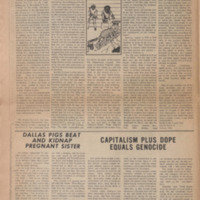 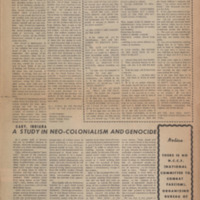 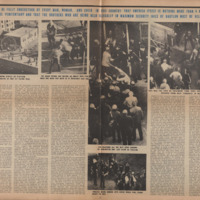 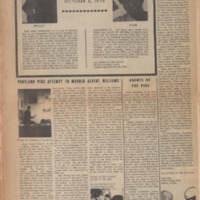 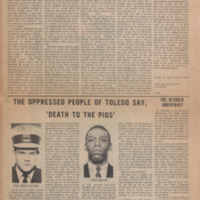 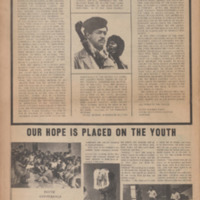 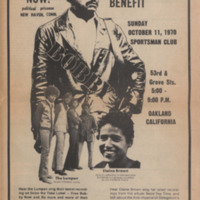 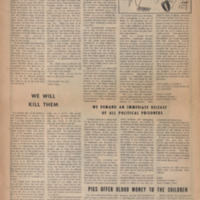 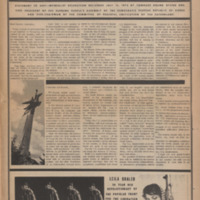 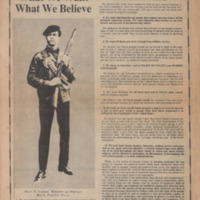 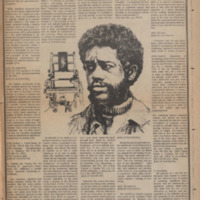 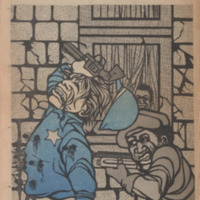 Printed on October 10, 1970, this issue of The Black Panther is filled with various articles from other Black Panther Party chapters across the U.S., one particular article from the Philadelphia chapter compares police brutality in Philadelphia to the 1968 My Lai Massacre that took place during the Vietnam War. Another article from the Baltimore chapter highlights terrible conditions in the South Baltimore community due to episodes of police brutality and poor housing conditions. In Boston, the Panthers write about the right to free public school but are denied the right to walk freely to and from Curley School. The Bay Area National Lawyers Guild includes a "Guide to Know Your Rights" that outlines an individuals rights when stopped by law enforcement officials. Also included in this issue are articles about police repression in several cities; the case of Willie Turner, Jr; the Winston-Salem N.C.C.F.; General Motors; capitalism and dope; welfare system; Neo-colonialism and genocide; the trials of Bobby Seale and Ericka Huggins; a youth conference; a Boston bank robbery; a letter from the "Soledad 7" thanking the Black Panther Party for their support; international news shorts; and, art by Emory Douglas.