Ten Days to Change the World 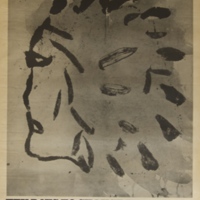 Ten Days to Change the World

This poster promoted Yippie protests at the Democratic and Republican National Conventions in Miami Beach, Florida, in 1972, the last time both major parties held their presidential conventions in the same city. Notably, these protests also included a break-away group from the original Yippies, led by Tom Forcade and called the "Zippies," for "Zeitgeist International Party."  Contingents at the demonstrations also included the Vietnam Veterans Against the War and a large group of women’s liberation activists.   At the Republican Convention, about 3,000 anti-war activists, many wearing painted death masks and some splattered with red paint, confronted delegates, chanting, cursing, jostling and pounding on cars. Protesters aimed to force well-dressed delegates to walk through a "gauntlet of shame" as they approached the guarded gates of the convention. Protesters yelled, “Murderers, murderers” and "delegates kill!" Some protesters also broke windows along the main thoroughfare in Miami Beach during the protests, resulting in 212 arrests. Black Panther Party leader, Bobby Seale, who had recently been released from four years in jail as a result of his participation in the 1968 demonstrations outside the Democratic Convention in Chicago, participated in the protests and at one point led demonstrators in chanting, “One, two, three, four. We don't want your f---ing war.” Daniel Ellsberg, who was facing criminal prosecution for releasing the Pentagon Papers, spoke to a more subdued crowd of anti-war demonstrators outside the convention center as Nixon was being nominated inside. Vietnam war veteran turned anti-war activist, Ron Kovic, also participated in the protests at the Republican National Convention.   The Democratic Convention also saw a variety of protests, inside the conventional hall and outside of it. Inside, previously excluded political activists clashed with traditional party leaders and activists in sessions that often extended late into the night. Outside, anti-war, black freedom, feminist, gay rights and other activists rallied and demonstrated. Anti-poverty advocates constructed "Resurrection City II," named after "Resurrection City," which had been constructed in Washington, D.C. in 1968 as a part of the Poor People's Campaign. "Gonzo" journalist, Hunter S. Thompson, chronicled the 1972 Democratic Convention in his book, Fear and Loathing on the Campaign Trail '72.