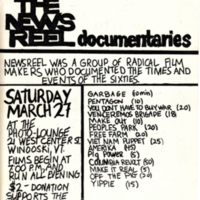 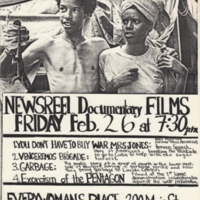 These flyers publicize screenings of some of the films Newsreel Films created during the 1960s era. Newsreel was a radical media collective started in the 1960s to document the movements of the era. Roz Payne was an early member of Newsreel. These events took place in Vermont.