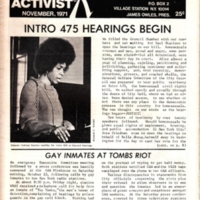 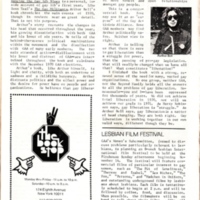 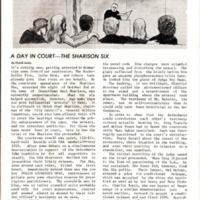 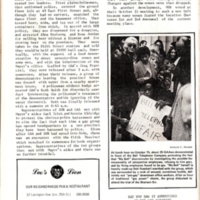 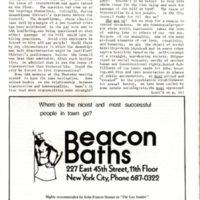 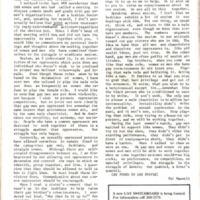 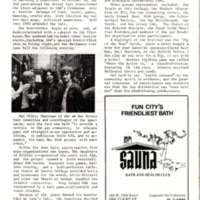 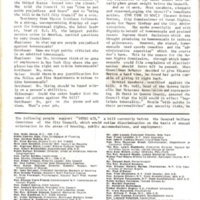 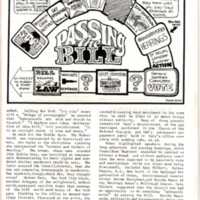 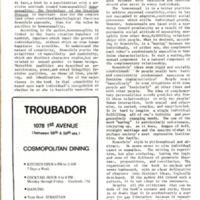 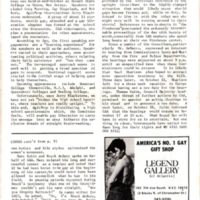 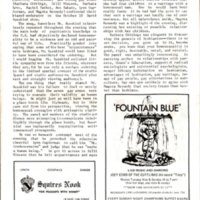 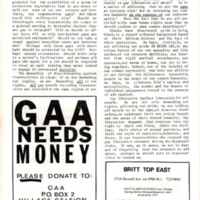 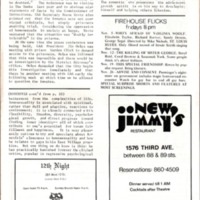 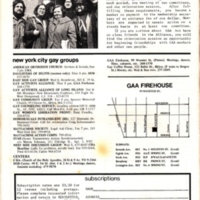 The Gay Activist Alliance was founded in 1969 in New York City by gay rights activists who broke away from the Gay Liberation Front, which had allied itself with the Black Panther Party, was active in the movement against the war in Vietnam, and preached a radical political agenda, including the overthrow of capitalism. Founding members of the GAA included, Jim Owles (the group’s first president), Marty Robinson, Tom Doerr, Kay Lahusen, Arthur Bell, Arthur Evans, Bill Bahlman, Vito Russo, Sylvia Rivera, Marsha P. Johnson, Jim Coles, Brenda Howard, David Thorstad, Michael Giammetta and Morty Manford. The GAA, which was formed about 6 months after the Stonewall revolt, was most active from 1970-1974, though it remained in existence through 1981. Organizers of the group aimed to create a single-issue, “politically neutral” organization that worked through the political system to "secure basic human rights, dignity and freedom for all gay people." The GAA sought to abolish discriminatory sex laws, promoting gay and lesbian civil rights, and challenging politicians and candidates to state their views on gay rights issues. The political tactics of the GAA included "zaps" -- public confrontations with officials that sought to draw media attention.   The GAA published the Gay Activist newsletter until 1980. In this October 1971 edition of the GAA newsletter, the organization addresses the Intro 475 Bill, which would end discrimination against homosexuals in housing, employment, and public accommodations in New York City. The GAA had been trying to get access to a public hearing of the bill for nine months. Throughout the newsletter there is a narrative given explaining how activists had been met with discrimination and no action. The newsletter also offers membership guidelines for the GAA and a list of other gay organizations in New York City, as well as articles regarding the National Organization of Women.

This November 1971 issue of Gay Activist, a newsletter of the Gay Activists Alliance, covers major themes relevant to the gay liberation movement including legal and economic equality, the Sharison Six case, the role of cross-dressers in the movement, the protest of sodomy laws, and Gay Pride festivities.