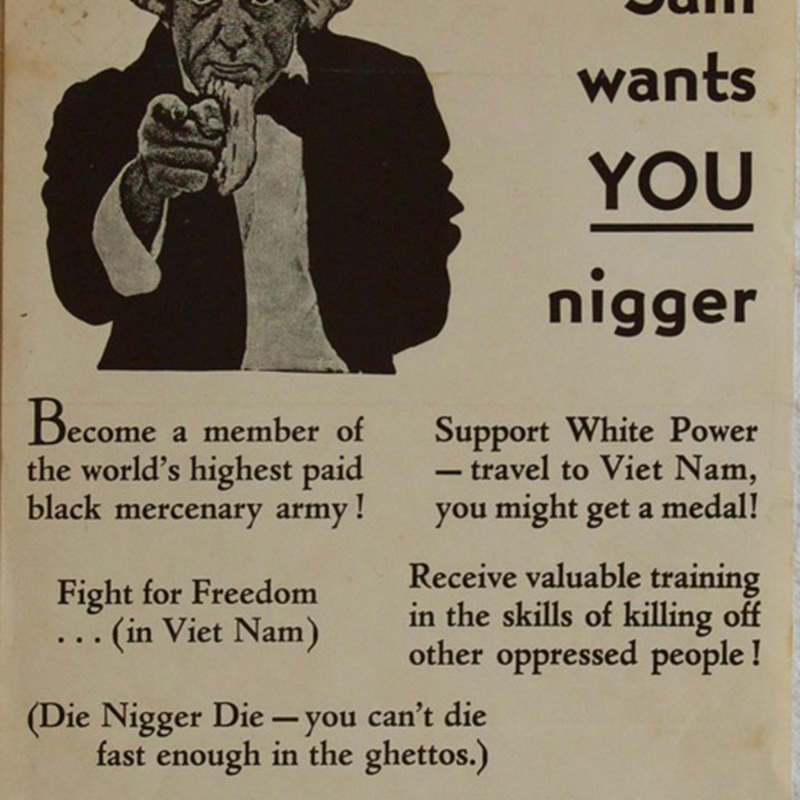 This poster was issued by the Harlem Progressive Labor Club, the Harlem branch of the Progressive Labor Party, a Marxist-Leninist organization founded in 1962 out of a split within the Communist Party USA. Some described the organization as Maoist in the late-1960s. The PLP gained a foothold in the anti-Vietnam War movement through its Worker Student Alliance faction, which rivaled the Revolutionary Youth Movement within Students for a Democratic Society. The Harlem chapter initially emerged in response to police violence against African Americans in Harlem and later in opposition to the War in  Vietnam, emphasizing the racial dynamics of the war. This poster reads, "Uncle Sam needs YOU nigger/ Become a member of the world's highest paid black mercenary army!/ Fight for freedom... (in Viet Nam)/ Support White Power - travel to Viet Nam, you might get a medal!/ Receive valuable training in the skills of killing off other oppressed people!/ (Die Nigger Die - you can't die fast enough in the ghettos.)/ So run to your nearest recruiting chamber! (Keep the faith, baby)."