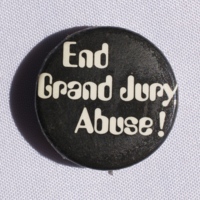 The National Lawyers Guild served as a leading organization targeting the abuse of grand juries, particularly in cases involving the Vietnam Veterans Against the War and the 1968 Democratic National Convention riots which led to numerous contempt charges.