During the 1960s, numerous radical and independent small presses were created to publish longer essays, manifestos, philosophical tracts, treatises and poetry related to the movements of the New Left. These independent presses filled a niche that mainstream and commercial presses largely ignored. Small press publications were particularly vibrant in the women's liberation movement. While many of these independent publishers of the Sixties were short-lived, others have continued into the present. 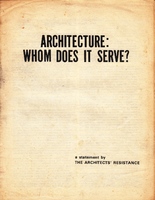 Architecture: Whom Does It Serve? 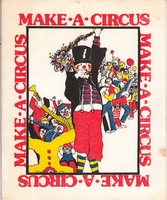 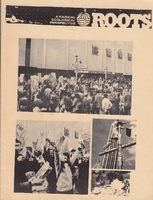 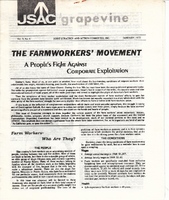 "The Farmworker's Movement: A People's Fight Against Corporate Exploitation" 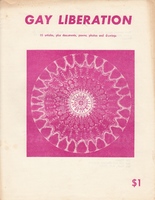 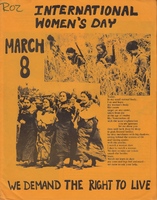 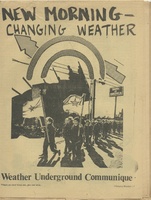 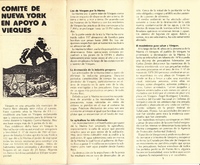 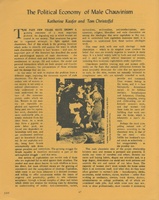 "The Political Economy of Male Chauvinism," by Katherine Kaufer and Tom Christoffel

reprinted by the New England Free Press from the PL, the national magazine of the Progressive Labor Party 1976 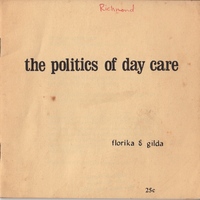 "The Politics of Day Care," by Florika and Gilda

This essay was initially self-published and also later published in Women: A Journal of Liberation (winter 1970): 31 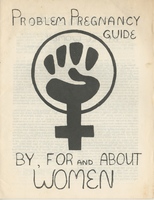 "Problem Pregnancy Guide: By, For and About Women"

"From Slavery to Freedom: A Story from Angola," by Popular Movement for the Liberation of Angola

Popular Movement for the Liberation of Angola, published by People's Press 1976 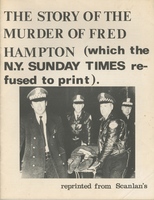 "The Story of the Murder of Fred Hampton," John Kifner

written by John Kifner, originally published in Scanlan and reprinted by Committee to Defend the Panthers ca. 1969 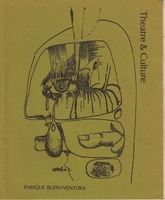 "Theater and Culture," by Enrique Buenaventura

"Tierra-O Muerte: The Land Belongs to the People" 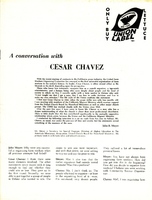 "The Story of Uncle Sam the Pusher Man: The Story of How The US People Got Hooked on Morphine, Heroin and Methadone" 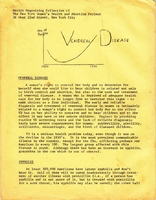 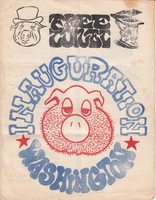 likely created by Up Against the Wall Motherfuckers and published by the renaissance press ca. 1968

We Are Attica: Interviews with Prisoners from Attica

Bread and Roses and the New England Free Press 1970 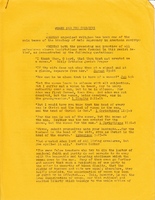 Women and the Churches 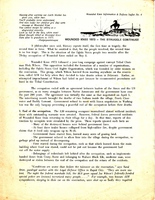 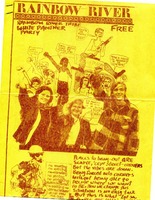 Committee to Defend the Panthers ca. 1970

"Getting Together: How to Start a Consciousness-Raising Group," by Marge Piercy and Jane Freeman 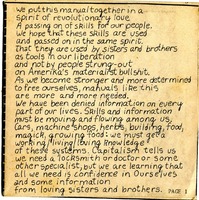 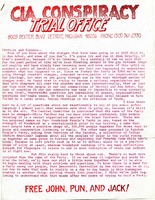 "E.R.A.P. and How It Grew," by Richie Rothstein 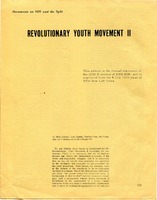 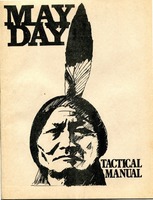 Committee to Defend the Panthers ca. 1970 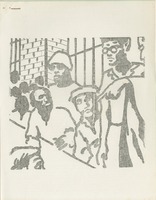 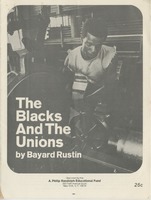 Crimes Perpetrated by the U.S. Imperialists and Henchmen Against South Vietnam Women and Children